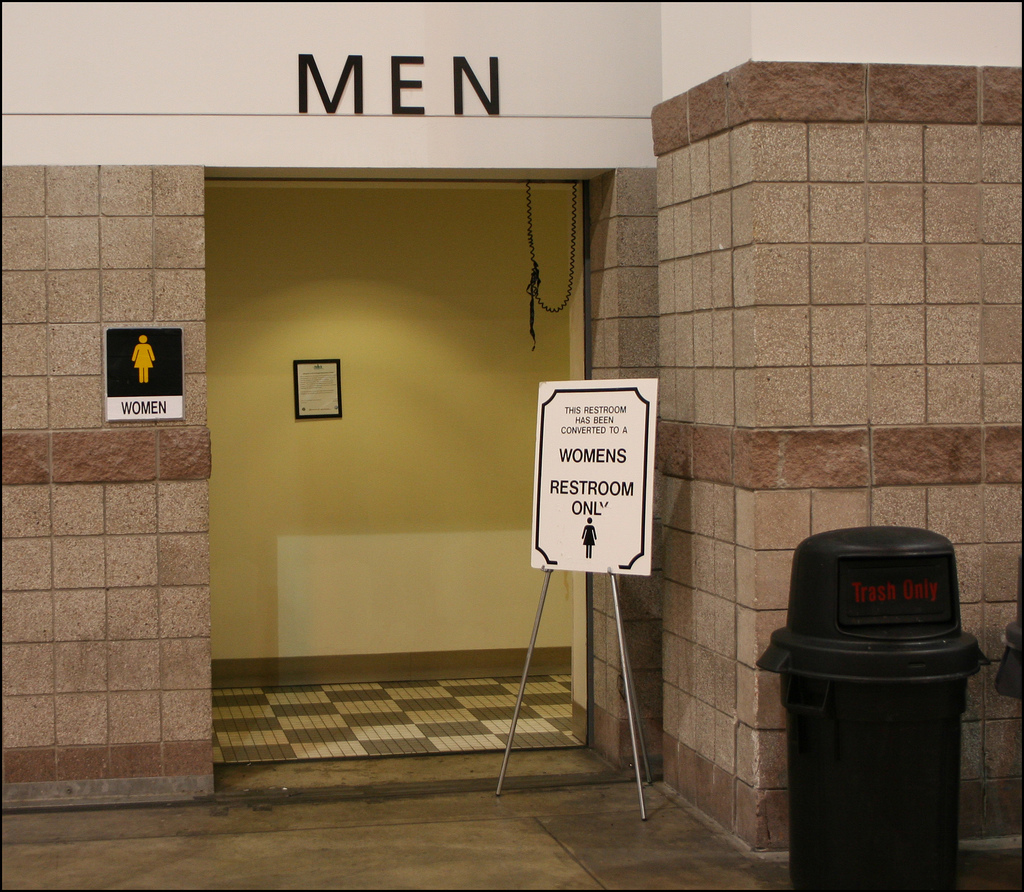 How do you feel about a high school boy being allowed to use the same restroom as high school girls?

Does it make a difference to you if the student is considered transgendered?

The push for radical transgender rights in schools is trumping privacy rights at one Colorado high school.

A male student at Florence High School who claims to be a transgender has been harrassing girls in the bathroom. When parents complained, school officials said the boy’s rights as a transgender trumped their daughters’ privacy rights.

As the controversy grew, some students were threatened with being kicked off athletic teams or charged with hate crimes if they continued to voice concerns.

“We’re not going to stand by and let 99.7 percent of our students lose their privacy and free speech rights just because .3 percent of the population are gender-confused,” the PJI wrote.

PJI is demanding assurances from the school that privacy and expressive rights will be protected and any accommodations will not involve the girls giving up access to most of their restrooms, as has previously been suggested by the school.

I don’t care to comment on the alleged harassment that may or may not be going on because honestly that is the word of the girls against the word of this young man. I’d rather talk about the obvious because he is still very much a young man, no matter how confused he may be.

I think what I am witnessing here is the danger of liberal thought and how it can paint us into a corner at times.

There is no doubt that every person has rights in this country. That is what a constitutional republic is all about. I have to put my own views of homosexuality and such aside at times because this young man has rights.

But sometimes those rights are pushed way too far and this must be discussed. What about the rights of the girls? Do they no longer have a right to use a “female only” restroom?

Make the kid use the faculty restroom if you are concerned with his mental health, or whatever the concern is, because as long as he has male body parts, he is in fact a male.

I don’t think I would like it if my girls were forced to share a restroom with their male classmates, no matter how confused those classmates claimed to be.

Life can not be equally fair to all people at all times and the utopian liberal thought fails us in this capacity. For any rights that appear gained by one young man, we are seeing the rights of others being taken away.

This young man needs some tough love from a parent who will explain to him that his world may change if and when he ever makes a transition to the opposite sex, but for now if he doesn’t want to pee with the boys he can go pee in the alley as far as I am concerned.

I remember a time when people were forced to adapt and thus learned to be tough. There are times when all of us will feel a little cheated but that doesn’t mean that society should drop everything to cater to our every whim.

I’d rather make one young man uncomfortable by making him go to the restroom he belongs in than to make a whole lot of high school girls uncomfortable in the name of political correctness.

I am leaving my Christian thoughts out of this debate for once. That’s hard for me to do. But I would think that even those who support LGBT rights would potentially see that this is over the line. It’s common sense. He is male and should use the boys’ room.

Is he a young man who feels that he is a woman but also likes women? Is he the proverbial lesbian trapped in a man’s body? I don’t propose to understand that but I am told that such cases exist.

We don’t have to hate this kid. We don’t have to go out of our way to make him feel like a bad human being. We don’t have to be any kind of homophobic bigot to see that he is still male. How is this so hard to understand? Men use the men’s room. If and when he becomes female he/she may have a whole new set of rights.

This is just another glaring example of political correctness gone way too far in my opinion.

State your case. I’d love to hear it.

Update!!! There is some question whether or not any kind of harassment was ever alleged by female students. Since this was not the premise of why I printed the story, and I was more concerned with males and females sharing the same facilities, I am going to leave the story up. But please keep in mind that the harassment claims may very well be false. Here is a link where you can find that info. http://mediamatters.org/blog/2013/10/15/fox-nation-touts-fake-story-about-transgender-s/196436