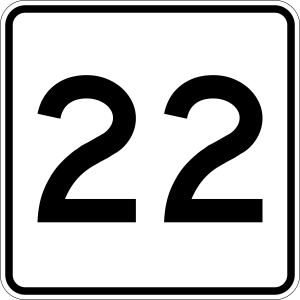 Are we on the verge of another major economic downturn?  In recent weeks, most of the focus has been on our politicians in Washington, but there are lots of other reasons to be deeply alarmed about the economy as well.  Economic confidence is down, retail sales figures are disappointing, job cuts are up, and American consumers are deeply struggling.  Even if our politicians do everything right, there would still be a significant chance that we could be heading into tough economic times in the coming months.  Our economy has been in decline for a very long time, and that decline appears to be accelerating.  There aren’t enough jobs, the quality of our jobs continues to decline, our economic infrastructure is being systematically gutted, and poverty has been absolutely exploding.  Things have gotten so bad that former President Jimmy Carter says that the middle class of today resembles those that were living in poverty when he was in the White House.  But this process has been happening so gradually that most Americans don’t even realize what has happened.  Our economy is being fundamentally transformed, and the pace of our decline is picking up speed.  The following are 22 reasons to be concerned about the U.S. economy as we head into the holiday season…

#1 According to Gallup, we have just seen the largest drop in U.S. economic confidence since 2008.

#2 Retailers all over America are reporting disappointing sales figures, and many analysts are very concerned about what the holiday season will bring.  The following is an excerpt from a recent Zero Hedge article…

“Traffic was our issue in quarter two. In a highly promotional and challenging environment, comparable sales result was a negative 2.6 percent on top of a positive 5.6 percent last year and a positive 12.8 percent in 2011.”

“The retail environment, it seems to indicate there’s still a lot of uncertainty out there, that the promotional environment has not gone away and that the retail environment in general continues to be choppy, especially with the recent earnings releases and this global unrest, and we just don’t want to get ahead of ourselves.”

“Overall, we continue to take a conservative view of market conditions in both the U.S. and in Canada. That being said, we do expect to continue to achieve positive top line growth. We expect store closures will impact our overall revenue growth for the year by about 250 basis points. It represents net closures of approximately 50 to 55 retail locations.”

“We did have a traffic decline in Q2, sort of similar to what just about every other retailer in America has reported.”

“The Korean business continued to be strong as revenue grew in the high single digits in local currency during the quarter. This was offset with theweakness from China, where we are seeing clear evidence of a pullback in consumer spending behavior because of the slowdown in the economy.”

“Our business trends in the second quarter did not change materially from earlier in the year, which was disappointing given the level of change we registered with the brand. This performance in the third quarter outlook is being influenced by a challenging retail environment, with weak traffic trends and high levels of promotional activity.”

#4 One of the largest furniture manufacturers in America was recently forced into bankruptcy.

#5 According to the Wall Street Journal, the 2013 holiday shopping season is already being projected to be the worst that we have seen since 2009.

#6 The Baltic Dry Index recently experienced the largest 4 day drop that we have seen in 11 months.

#7 Merck, one of the largest drug makers in the nation, has announced the elimination of 8,500 jobs.

#8 Overall, corporations announced the elimination of 387,384 jobsthrough the first nine months of this year.

#10 The labor force participation rate is the lowest that it has been in 35 years.

#11 As I mentioned the other day, the labor force participation rate for men in the 18 to 24 year old age bracket is at an all-time low.

#12 Approximately one out of every four part-time workers in America is living below the poverty line.

#13 Incredibly, only 47 percent of all adults in America have a full-time job at this point.

#16 The national debt has increased more than twice as fast as U.S. GDP has grown over the past two years.

#17 Obamacare is causing health insurance premiums to skyrocket and this is reducing the disposable income that consumers have available.

#18 Median household income in the United States has fallen for five years in a row.

#19 The gap between the rich and the poor in the United States is at an all-time record high.

#21 According to a Gallup poll that was recently released, 20.0% of all Americans did not have enough money to buy food that they or their families needed at some point over the past year.  That is just under the record of 20.4% that was set back in November 2008.

#22 Right now, one out of every five households in the United States is on food stamps.  There are going to be a lot of struggling families out there this winter, so please be generous with organizations that help the poor.  A lot of people are really going to need their help during the cold months ahead.