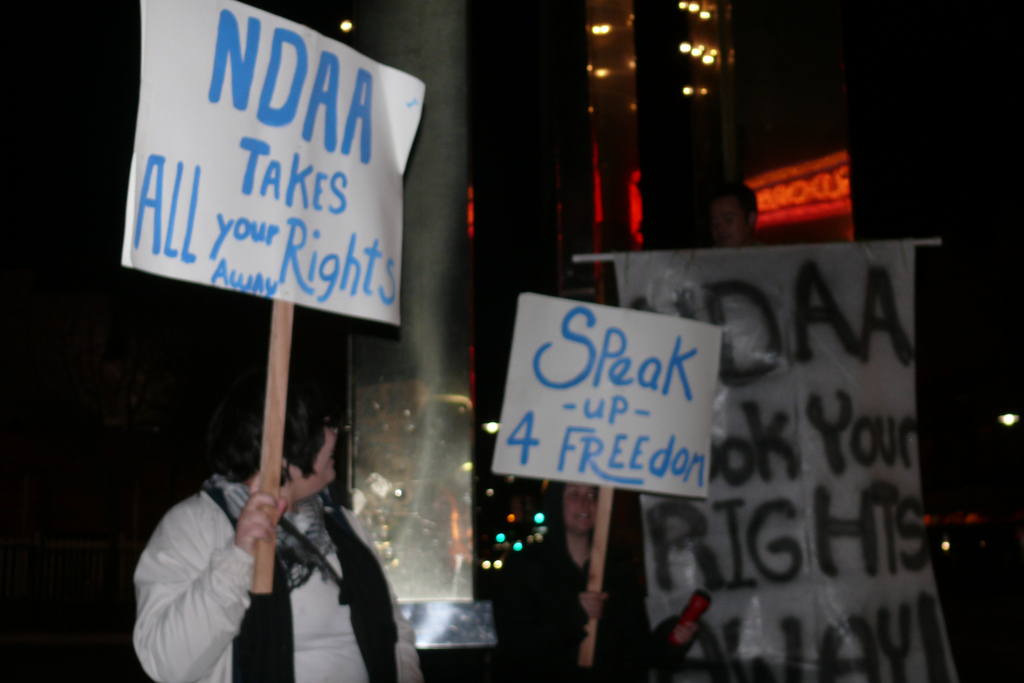 At the end of September I told you that Albany, New York was set to introduce an anti-NDAA (National Defense Authorization Act) resolution that would be unlike simple nullification that has been put forward by other states. Instead of simply not supplying state resources to allow military or federal agents to indefinitely detain citizens, Albany’s resolution ensured that local and state law enforcement would actively opposed military or federal agents that sought to ignore the constitutional rights of its citizens. That resolution unanimously passed in the second week of October. Just two days after, Oxford, Massachusetts overwhelmingly passed its own anti-NDAA resolution.

Oxford, unlike most cities across the country have “Town Meetings” where the citizens actually vote on issues instead of elected officials. When the Restoring Constitutional Governance Resolution of Oxford came up for a vote, Oxford residents did what most elected officials don’t have the courage to do, and voted 95% in favor of the resolution.

A press release from PANDA (People Against the NDAA) reads:

Just two days after Albany, NY unanimously passed, 11-0, the strongest Anti-NDAA resolution in the United States, the people of Oxford, MA passed the Oxford Restoring Constitutional Governance Resolution by a near unanimous margin. This resolution blocks the detention provisions under the 2012 NDAA and the law of war, including the indefinite detention and “targeted killing” of any person, in the City of Oxford.

According to the Oxford Resolution’s language:

“…it is unconstitutional, and therefore unlawful for any person to:

a. arrest or capture any person in Oxford, or citizen of Oxford, within the United States, with the intent of “detention under the law of war,” or

b. actually subject a person in Oxford, to “disposition under the law of war,” or

c. subject any person to targeted killing in Oxford, or citizen of Oxford, within the United States;…”

Benjamin Selecky, Team Leader for PANDA Massachusetts, praised the resolution and the efforts of local activists, saying “Special thanks to everyone that helped Take Back the Town of Oxford.  It was a team effort, and everyone’s contribution was critical to accomplishing the mission.  As we celebrate the victory, let us not lose sight of the long road ahead of us.  There is work that still needs to be done, but together, we will restore constitutional governance to the Commonwealth of Massachusetts.”

Marla Zeneski, the Oxford resident who sponsored the resolution, along with the support of Worcester Tea Party Co-Founder Ken Mandile and PANDA Massachusetts, said “It took a long time and a big effort to gather these signatures due to the way our town is laid out as there is no single ‘common’ location where people of Oxford gather. But we persevered and I am so happy with the outcome! We are the first town in MA to pass this very important Resolution.”

It seems like the people are demonstrating that they still have power, if only they will use it. Perhaps earlier this year when police violently ignored the Constitution, breaking into people’s homes without a warrant and terrorizing the citizens of Boston, Massachusetts (only 54 miles form Oxford) as they searched for a 19 year old jihadist, that some people across the country woke up.

Though I’m not a big fan of rap, I must say that I very much enjoyed a bit of “accoustic rap” in this song “Stand Together or Die Alone,” which was performed at the meeting. Enjoy!

[youtube]http://youtu.be/HohWB_M_Ppk[/youtube]
Tim Brown is the Editor of Freedom Outpost.