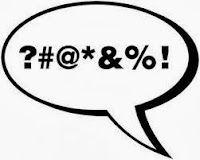 Ahhh…the cacophony of vile words spewing from the mouths of the left over these past few weeks would be quite funny if it wasn’t so sad a commentary on how low the Democrats will sink to defame and dishonor their Republican colleagues who sit just across the aisle.

Such nice words emanating from the mouths of the party of political correctness aren’t they…and all because we Republicans and Tea Party members rightly oppose the nightmare that is ObamaCare, and because we know the truth about the debt ceiling shenanigans with its Obama scare tactics of crying wolf over a possible default on our notes due…which by now you should all know is pure nonsense for ONLY the interest on the notes is due and we have 5 times the monies on hand needed to meet those obligations.

“The only phrase that describes it (what the Republicans are doing) is political terrorism,” so says former VP Al Gore…the expert (in his own mind) on global warming and inventor of the internet…or so he claims…LOL

As if anyone takes him seriously anymore…that is if they ever did.

And then there’s this one alluding to the TEA Party from none other than ‘Prince’ Harry Reid, “…the anarchists have taken over. They’ve taken over the House, now they’re here in the Senate.” 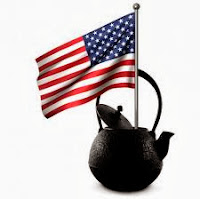 Guess what…we so-called TEA Party anarchists…which by the way we are anything but…are here to stay as our numbers continue to grow by leaps and bounds every day. After all, someone has to keep the Republicans in line now don’t they.

And from Obama himself…the man who has NOT allowed a budget to be passed by the Senate in five years because he has NOT gotten his way loves to bloviate that, “They (the Republicans) refuse to pass a budget unless I let them sabotage ObamaCare, something they know is not going to happen.”

Notice how Obama calls what is actually ‘The Affordable Care Act’ ObamaCare… narcissist that he is just loves hearing his name. We call it ObamaCare for a totally different reason, wink, wink.

But I digress…NO…we need NOT sabotage his precious ObamaCare…we don’t have to do a thing really as it’s dying on its own without any help…as in the website people need to log onto in order to sign up…a website costing we taxpayers $634 million to construct…is a complete and total operational disaster…as in it simply does NOT work.

Oh and by the way, remember how Obama claimed that millions would be flocking to sign up for his oh so wonderful (anything but) affordable health care…well in ObamaCare’s first week of sign-ups ObamaCare’s main sign-up engine…glitches aside…attracted just 6,200 new customers on day one and just 51,000 after the first week…only 51,000 thousand people signed on out of the millions Obama thought would be beating down the doors…that says a lot now doesn’t it. And with The Congressional Budget Office saying ObamaCare needs at minimum of 7 million customers to stay afloat financially these numbers ring morbidly of a bill that will die on its own.

But back to the words we go…leading this list of so NOT nice what should be kumbaya Democratic words, is the word’ extortion’…a word Obama let freely slip from his traitorous lips and insinuated over and over countless times during the last few weeks.

Extortion: the crime (and YES what Obama is doing is a crime…a crime against America) of obtaining money or some other thing of value by the abuse of one’s office or authority.

‘By the abuse of one’s office or authority’…NO better words can be said to describe Obama’s unbending and unyielding refused to give ground…to negotiate…to compromise…in his and Prince Harry’s own doing of a fiscal confrontation with Republicans…a confrontation over Obama’s demanding that the debt ceiling be raised.

Obama’s threatening that he would ONLY negotiate on budget issues if Republicans agree to re-open the federal government and raise the debt limit with no conditions BEFORE he comes to the table is out an out extortion…as in do what I want and you still will get NOTHING.

Obama really must think Republicans are fools NOT to know that once they give in to his demands BEFORE negotiations are done it will be too late for them to do anything AFTER they’re done.

Obama might think that talk is cheap…Republicans know it is anything but… especially when extortion is the currency used.

And from the Wicked Witch of La-Lafornia…the botox queen herself…none other than Nancy Pelosi…came the words, “I call them ‘legislative arsonists.’ They’re there to burn down what we should be building up in terms of investments and education and scientific research, and all that it is that makes our country great and competitive.”

These words from the woman who does NOT believe in American exceptionalism …this woman dares to even mention the words ‘scientific research’ while she supports the very bill that will NOT only have 15 fat-cat DC bureaucrats deciding NOT only who gets what medical treatment and when…if they even get it at all…and will also decide what scientific/medical research will be allowed or deemed unnecessary…this woman has the unmitigated gall to call Republicans and Tea Party members arsonists…I think she needs to take a long hard look in the mirror and see who really wants to burn down what ‘We the People’ have built up…that is if her face does NOT crack and shatter the mirror while doing so.

And so the Democrats continued on and on with their vileness while the Republicans at least offered a compromise bill…which of course was turned down…proving that out of all the words the Democrats used against Republicans and the TEA Party these past few weeks, the one word I used best describes what’s going on in DC at the moment…extortion thy name is Barack HUSSEIN Obama.

Obama built it…Obama owns it…and hopefully it will be Obama and his minions downfall.