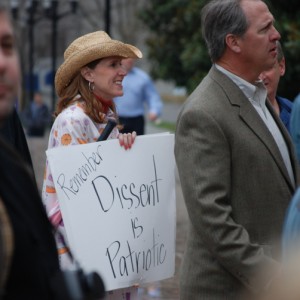 Barack Obama’s number one job is not to defeat the Republicans.  Rather, his number one job is to run the government well.  And when it comes to Obamacare, he has failed miserably.  The launch of Obamacare has been such a colossal fiasco that words like “disaster” and “catastrophe” simply do not do it justice.  According to recent polls, Americans are against Obamacare by an average margin of about 10 percent, and even many liberals that fought so hard to get Obamacare passed are now abandoning ship.  All over America, health insurance policies are being canceled, health insurance premiums are absolutely skyrocketing, and millions of people that actually wanted to get health insurance through Healthcare.gov find that they are unable to do so.  Yes, the U.S. health care system was already a complete and total mess before Obamacare, but now Obamacare has made things much, much worse and there is little hope that things will improve any time soon.  The following are 9 reasons why most Americans (including a growing number of liberals) absolutely hate Obamacare…

#1 The launch of Obamacare has been such a colossal technical failure that many liberals are now completely ashamed to be associated with it.  At this point, it is nearly impossible to sign up for a health insurance policy on Healthcare.gov.  According to USA Today, the first person to successfully enroll in Obamacare in the state of Delaware had to spend seven hours on the phone and in front of the computer to accomplish that feat…

She needed seven hours of waiting on the phone and sitting in front of her computer, but Janice Baker can claim something few people in the First State can at the moment: She has signed up for health coverage through Delaware’s insurance marketplace.

Officials from the Delaware Department of Health and Social Services declared Baker the first confirmed resident to have enrolled in the marketplace, which opened Oct. 1 as part of the roll-out of the Affordable Care Act also known as Obamacare.

So far, the Affordable Care Act’s launch has been a failure. Not “troubled.” Not “glitchy.” A failure.

My wife and I just got our updates from Kaiser telling us what our 2014 rates will be. Her monthly has been $168 this year, mine $150. We have a high deductible. We are generally healthy people who don’t go to the doctor often. I barely ever go. The insurance is in case of a major catastrophe.

#5 Large numbers of employers are no longer offering health insurance to their employees thanks to Obamacare.

#6 Lots of liberals are actually losing their good paying jobs because of Obamacare.  For example, thousands of Connecticut doctors were just fired by UnitedHealthCare…

In the midst of major changes in health care, UnitedHealthCare has sent thousands of pink slips to Connecticut doctors.

Termination letters went to physicians caring for Medicare patients. Those letters were sent out to doctors caring for ‘Medicare Advantage’ patients. It’s a plan, marketed to Seniors to provide additional services through UnitedHealthCare.

#7 Many liberals are absolutely mortified by the fact that it cost more than 93 million dollars to build Healthcare.gov.

#8 Many people that believe that they have successfully enrolled in Obamacare are not actually enrolled at all.  There are major problems in transmitting enrollment data from Healthcare.gov to the health insurance companies.  This is how it was explained in the Washington Post…

The backroom connection between the insurance companies and the federal government is a disaster. Things are worse behind the curtain than in front of it”

Here is one example from a carrier–and I have received numerous reports from many other carriers with exactly the same problem. One carrier exec told me that yesterday they got 7 transactions for 1 person – 4 enrollments and 3 cancellations.

The reconciliation system, that reconciles enrollment between the feds and the health plans, is not working and hasn’t even been tested yet.

#9 Obamacare is extremely complicated.  In fact, according to CNSNews.com, the regulations for Obamacare are now over 11 million words long…

Bureaucracies in the Obama Administration have thus far published approximately 11,588,500 words of final Obamacare regulations, while there are only 381,517 words in the Obamacare law itself.

That means unelected federal officials have now written 30 words of regulations for each word in the law.

So is there any hope that Obamacare will go away?

Not at this point.  The Democrats control the White House and the Senate, and they have been absolutely united in their position that there will be absolutely no important changes to Obamacare.

The Republicans could have done a substantial amount of damage to Obamacare by sticking to their guns, but when push came to shove they folded like a 20 dollar suit like they always do.

The cold, hard truth is that Obamacare is the U.S. health care system now.  If you plan to live in the United States, you are going to have to deal with this monstrosity one way or another.  If you don’t like it, you are out of luck, because our politicians in Washington D.C. do not really seem to care about the rest of us.

Michael T Snyder is the Editor of End of the American Dream.