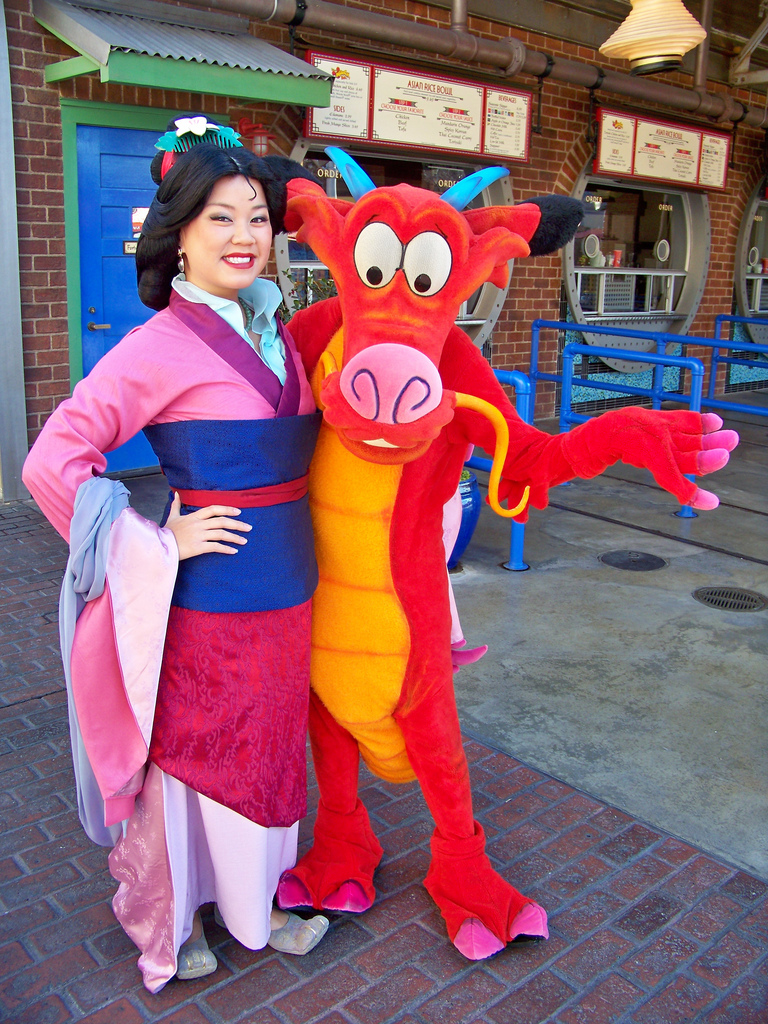 Fans of Disney/ABC’s “Once Upon a Time” were recently let in on Mulan’s “dirty little secret.” Mulan is a bisexual.

Normally I would not have a problem with a bisexual character in a prime time show that was scheduled for later in the evening, but for starters this show airs on Sunday nights at 7PM Central, and it is touted as a family show. It is Disney after all and inspired by Disney characters.

New ground was broken this week when a member of Disney’s iconic Princess franchise was queered and it was revealed that Mulan is bisexual.

The hit Disney-ABC series “Once Upon A Time” functions under the premise that classic icons from various fairy tales have been transported to a “real world” town and have lost all memories of their former lives due to a powerful curse.

On this past Sunday’s episode, Mulan quietly revealed her unrequited love for “Sleeping Beauty” princess Aurora in a heartbreaking scene that can be viewed above. During the show’s previous season, Mulan also developed feelings for Prince Phillip.

As a show that is being marketed to families I happen to have a problem with this characterization. Parents should not be blind-sided with this sort of thing and frankly I expect more from Disney.

Parents can raise their children however they want to raise them. My beef is that this came from out of nowhere and lots of people would have liked to be able to keep their kids from seeing this. Ali watches this show occasionally but I do not. I have seen it once or twice in passing. I do know that I wouldn’t want to have a conversation with one of my kids about why Mulan is in love with Sleeping Beauty, unless I had time to prepare for it.

As for the Huffington Post. They make me puke. The use of the word “heartbreaking” is a little over the line. She finds out her love is pregnant and it breaks her little heart. So what?

The truth is that Mulan was going into a situation as a home-wrecker in the first place. Apparently Sleeping Beauty is in some kind of committed relationship here. I don’t really want my kids learning that lesson either from a Disney Princess.

One of the hallmarks of the communist movement has always been to break down society by making things like homosexuality acceptable while discrediting Christian teachings. We look around and see socialism overtaking our country yet anytime I mention something like this I am labeled a bigot. To me it is about consistency.

The Bible does not teach me to hate someone who might happen to love a person of the same sex, but it certainly does not promote this lifestyle either. That would be the job of the media it would seem.

We have a President in the White House who has definitely shown some homosexual tendencies in the past. The woman that is likely to be our next president has been labeled a bisexual. This is what we are getting from the left. This is what they want. Yet anyone who dares say something about it is automatically labeled a bigot. When society would rather defend Barack Obama than Jesus Christ I see a real problem.