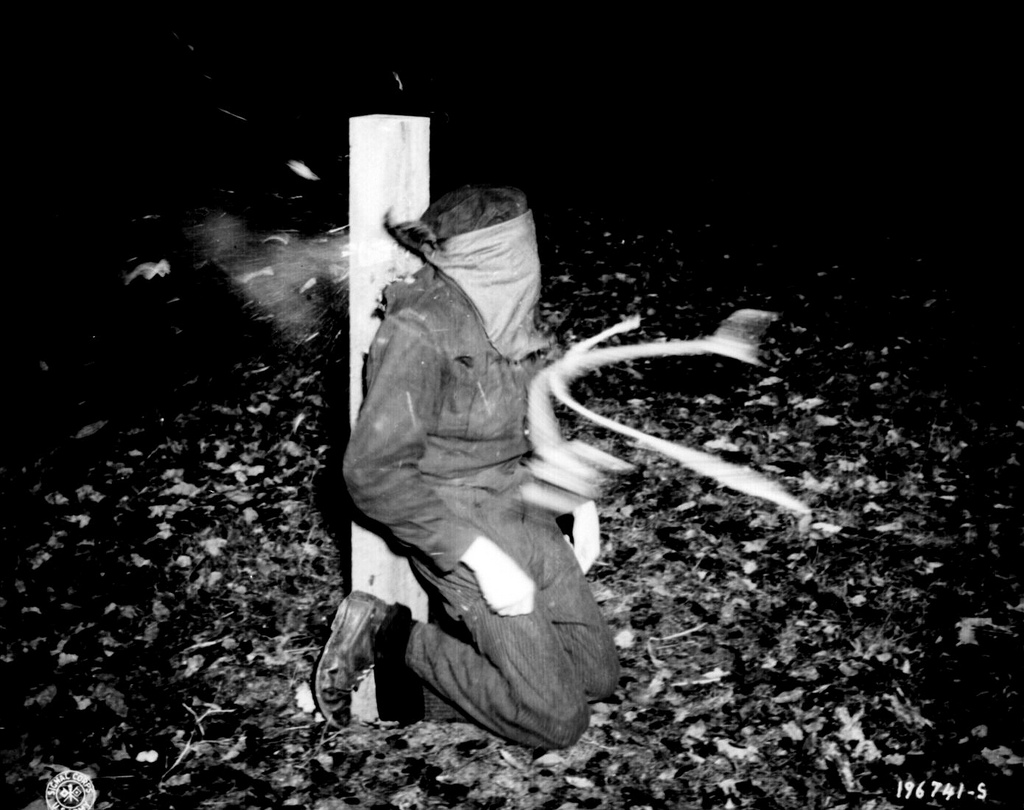 Recently, Fast and Furious whistleblower John Dodson has been in the news regarding a new book, in which, he will be exposing the background and behind the scenes actions that took place under the Obama administration’s Fast and Furious gun running operation that put nearly 2,500 weapons in the hands of Mexican drug cartels. Dodson is an agent with the Bureau of Alcohol Tobacco and Firearms and his new book The Unarmed Truth: My Fight to Blow the Whistle and Expose Fast and Furious is due out in January. However, a training manual for employees of the ATF insinuates that whistleblowers like Dodson should be shot before firing squads.

After months of anguished debate over mass shootings, gun control and Second Amendment rights, the Justice Department finds itself on the defensive after a training manual surfaced that suggests federal agents could face a firing squad for leaking government secrets.

A photo in the online manual for the Bureau of Alcohol, Tobacco, Firearms and Explosives — complete with a photo of a turn-of-the-century firing squad — was obtained by The Washington Times from a concerned federal law enforcement official, and it immediately drew protests from watchdogs who said it showed a lack of sensitivity to gun violence and the continuing hostile environment toward whistleblowers.

Stephen Kohn, executive director of the National Whistleblower Center, said the DOJ has forgotten about the protections of the First Amendment, which covers leaks to the media, and that the photo could scare its employees into self-censorship.

The photo “would have a chilling affect [sic] on legitimate speech. And some of the rhetoric used against whistleblowers could be construed as inciting to violence because they’ve turned up the rhetoric,” Mr. Kohn said.

Others took the photo as tongue-in-cheek.

Richard Roberts, a spokesperson for the International Union of Police Associations, told the Washington Times, “During many years of law enforcement experience, I can attest to the fact that law enforcement personnel often use gallows humor as a release from the grim realities of the profession.”

Though the Department of Justice would not say who authored the manual, they said the person meant it as a joke, which begs the question of why one would joke in a manual on such a serious matter.

However, now that the ATF has been caught, Richard Marianos, who has led the Washington Branch of the Bureau since August of 2012, said that the photo would be removed. He also claims that he was unaware that any agents were offended.

Being offended is missing the point. It’s an issue of ethics, since the First Amendment is at stake in this matter and is to protect whistleblowers that leak information to the press.

“This is a campaign to silence and intimidate whistleblowers and what is the most troubling part of this aggressive campaign, is that the justice department has completely ignored the first amendment,” Kohn told the Washington Times.

“The government leaks information all the time, and they get away with it,” Mr. Kohn said. “They don’t go after leaks that they support. The government leaks, and when it is officially condoned they do not investigate or prosecute.”

Kohn referenced the case of former US Attorney Richard Convertino, who was removed from his position in Michigan by the DOJ following the DOJ leaking negative information about him.

“It significantly harmed his reputation, turned out not to be true, and we filed a privacy act lawsuit in 2003, and we are still fighting with the Justice Department to try to find out who the source of that leak was,” Mr. Kohn said. “They have used well over $1 million of taxpayer resources to cover up a DOJ employee who violated the law when he leaked information to defame a whistleblower, and that’s one of the biggest problems with this whole campaign against leaks.”

Six individuals have been prosecuted under (Attorney General Eric) Holder, more than any other administration. He has argued that journalists are not legally protected against criminal charges should they fail to reveal their sources when the government wants them. The department wasted taxpayer resources building a case against WikiLeaks leader Julian Assange for his role in disseminating documents that embarrassed corrupt bureaucrats.

As reported by the New York Times, Holder was grasping to prosecute Assange, “as a co-conspirator to the leaking … to make an example of him as a deterrent to further mass leaking”. Given the Department’s culture of power abuse and corruption, even tongue-in-cheek references to this type of “justice” for truth-tellers is both bizarre and inappropriate.

Public employees not only have a duty, but a constitutional right to provide information regarding government crimes to the news media. A free society cannot tolerate government agents withholding knowledge of secret crimes from the public, particularly when those secrets reveal systematic, institutional failure to uphold laws citizens must keep.