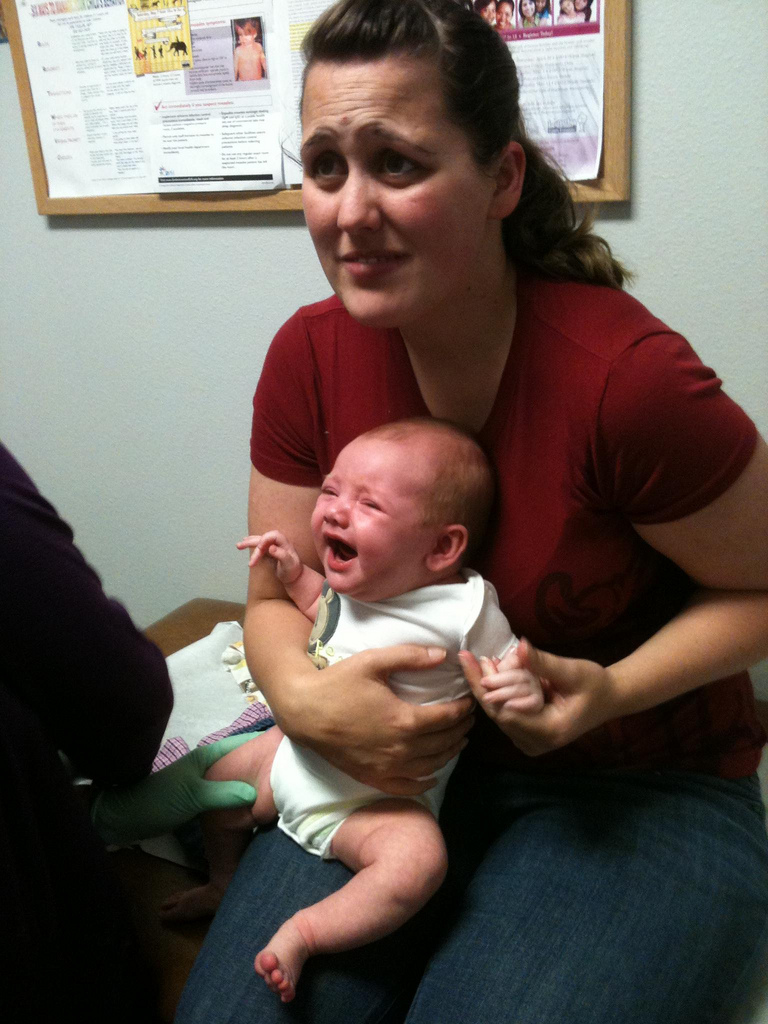 If they don’t want modern medicine and science, why leave their primitive, culturally deprived lands? Seriously. We see this rejection of medicine and science in Nigeria, where Muslims are more brazen. They slaughter the doctors. The Taliban enforce this barbarity.

Why would the West cave to the primitives?

“Vaccine reasoning claims rejected” Herald Scotland, October 5, 2013 (thanks to Mark)
MUSLIM leaders have cast doubt over the Scottish Government and NHS explanation for the use of pork in a flu vaccine, saying other products are available.

The Muslim Council of ­Scotland (MCS) said a 2001 ruling cited by health chiefs and ministers for not revealing the vaccine contained pork gelatine actually only allowed the use of pig-derived products if the individual was already ill and no other medicine was available.

The MCS said Islamic Law had the same message, and as the vaccine being rolled out in Scotland’s biggest ever immunisation programme was only a precautionary measure, it was advising against its use.

It was revealed yesterday the immunisation programme had been halted days after its launch by First Minister Alex Salmond because Muslim parents were not told the vaccine contained pork gelatine.

In England, the Fluenz vaccine attracted criticism just a fortnight ago for the same reason, sparking accusations of insensitivity to Muslims, Jews and vegetarians, and concerns over the lack of information to parents.

It is understood Glasgow-based parents only became aware when family members in Leicestershire informed them of the criticism and concerns there over the use of the vaccine.

The parents in Scotland then alerted staff at Glendale Primary school in Pollokshields, which resulted in the postponement of the scheme.

It has also emerged that in 2003 the NHS injected hundreds of Muslim babies in the Glasgow area with a derivative of pork used in one of the two triple measles, mumps, and rubella (MMR) vaccines used by GPs, sparking angry reaction from Muslim leaders.

At least one other west of ­Scotland local authority has demanded an apology from the NHS over the failure to inform parents of the ingredients before the vaccine was administered.

However, Dr Syed Ahmed, consultant in public health ­medicine at NHS Greater Glasgow and Clyde, has said all the ­communications used locally were produced by the Scottish ­Government, adding that there are more than 700 medicinal ­products currently in use that contain similar gelatine.

He also said that in England and Wales parents are given a take-it-or-leave-it choice with Fluenz, and reaffirmed Muslim scholars ruled in 2001 that gelatine products were permitted. He insisted there was no need ­apologise and that parents had not been misled.

Dr Salah Beltagui, of the MCS, said: “This 2001 ruling on several counts doesn’t pass the test. We don’t see there is a necessity for using something that has a product which is not halal because this is only a precaution.

“It is not treating a person who is already ill. There is also an alternative available, and for these reasons we have advised against its use. The authorities have a public duty of service under equality legislation to fully inform where something impacts upon religion.”

He also said that if the vaccine had been administered to children without the full consent of parents, given facts about the ingredients there should be a full apology.

A spokesman said: “It’s naive to assume that all Muslim and Jewish parents would have been aware that pork gelatine is declared halal in medicines.

“This mistake could have been avoided by the issuing of more information for parents explaining that the spray included gelatine.

“We would hope that sensitivity on both sides of this issue will be displayed, so that children are able to get an important vaccine to safeguard their health. Communication is essential to ensure that happens.”