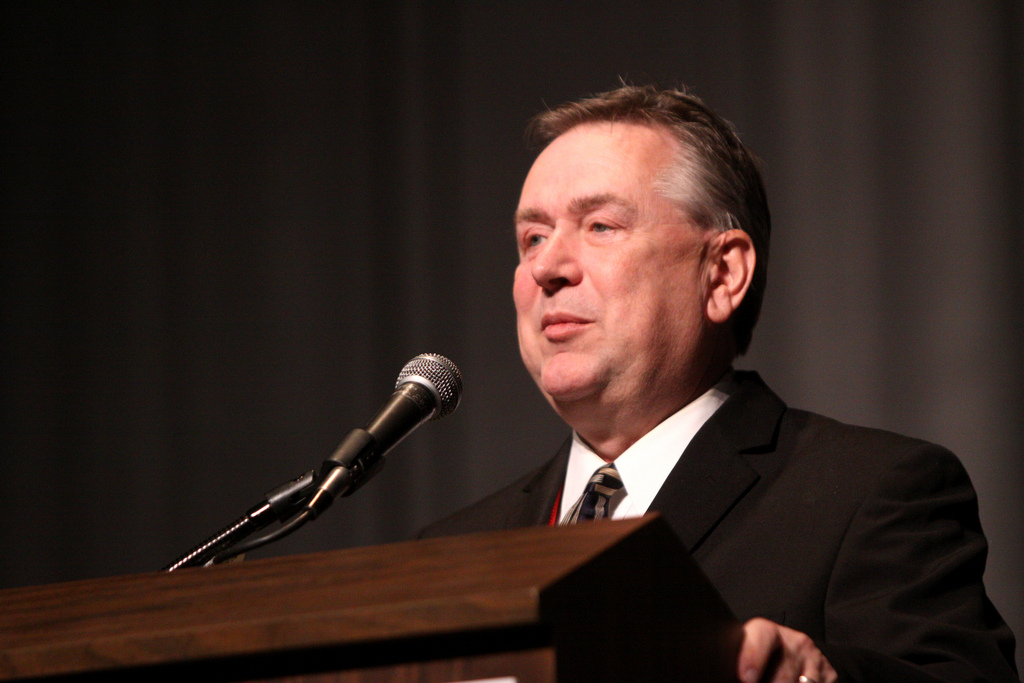 Representative Steve Stockman (R-TX) arranged for the distribution of a book described as “the first draft of the articles of impeachment against Barack Obama” to all 435 members of the US House of Representatives. “Impeachable Offenses: The Case for Removing Barack Obama from Office,” by Aaron Klein and Brenda J. Elliott were donated by the book’s publisher, WND Books.

“There’s a lot to look at, and I think, at some point, if the smoking gun leads to the White House, we have to take action,” Stockman told WND.

Back in January, just before Barack Obama presented his 23 executive orders regarding gun prohibition, Stockman said that Obama’s plan to implement administration controls was “an unconstitutional and unconscionable attack on the very founding principles of this republic.”

“I will seek to thwart this action by any means necessary, including, but not limited to, eliminating funding for implementation, defunding the White House, and even filing articles of impeachment,” Stockman said at the time.

“Under no circumstances whatsoever may the government take any action that disarms any peaceable person – much less without due process through an executive declaration without a vote of Congress or a ruling of a court,” he argued.

This appears to be a step towards that, as he has now submitted a book that outlines just why Barack Obama should be impeached.

“Impeachment is one of the many options, including lawsuits and other actions, we can take to defend the Constitution,” Stockman said in response to Obama’s statement.

Stockman believes impeachment must be a last resort, but say it is the law of the land. “Enforcing the Constitution and preserving limitations on executive authority aren’t just mainstream, they’re the law,” he said.

Author Aaron Klein said of his book, “Consider this work to be the articles of impeachment against Barack Obama.”

“Every American, whether conservative or liberal, Democrat, Republican or independent, should be concerned about the nearly limitless seizure of power, the abuses of authority, the cronyism, corruption, lies and cover-ups documented in this news-making book,” Klein added.

Here are some of the offenses outlined in the book:

Stockman isn’t the only one who has been talking about impeachment.

This is all well and good, and I’m glad to see these representatives and senators talking about impeachment, but I think for my readers and myself, the question is, “When will the talking end and the impeaching begin?”

Impeachment can and should happen. Barack Obama can be impeached by the House. His removal from office is a different story, of course, seeing that the Senate would need 67 votes to remove him. Can you just imagine how many RINOs would vote to keep him in office, after seeing this shutdown deal go down?

Pressure needs to be applied for impeachment. Even Bill Clinton was slowed down in his agenda due to impeachment proceedings. The same should be true of Barack Obama. So, how about it House of Representatives? Are you going to stop at only words, or will you meet those words with action?