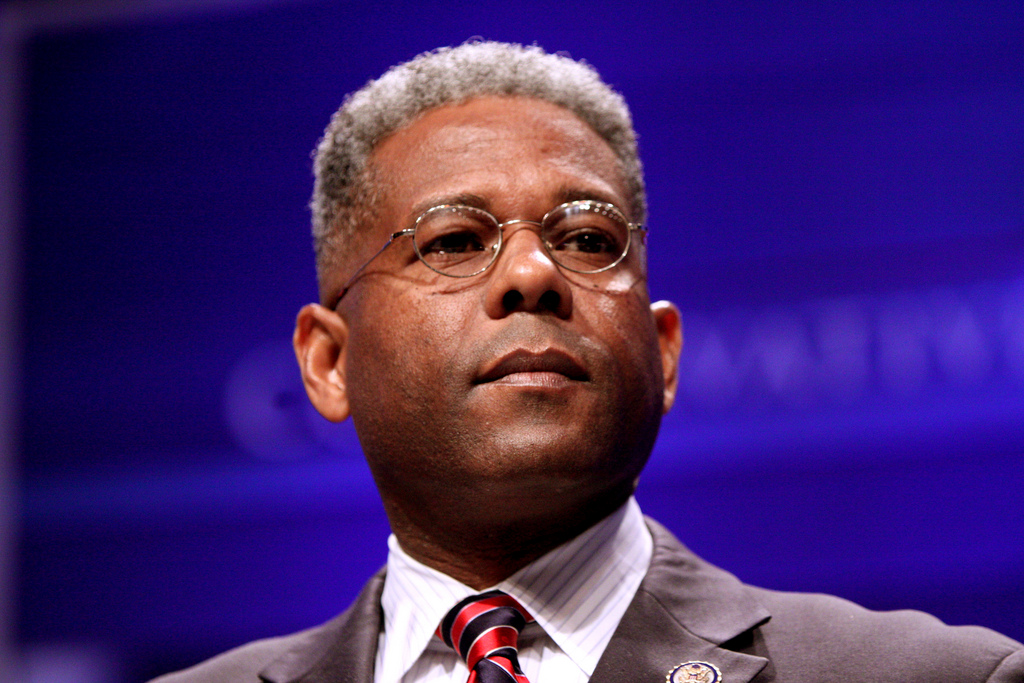 Former Congressman Allen West (R-FL) is sounding a warning about electronic billboards in Florida propagandizing for the Quran.

He was driving home, heading south, from visiting the Five Star Veterans Center in Jacksonville, Florida. At around Cocoa Beach, West saw this electronic billboard sign:

While alarming, I find this billboard to be absurd.

Why would I “find Jesus” in a secondary source — the Quran — when Jesus is already in the primary source of the Gospels and the New Testament?

Unless, of course, the covert agenda of the billboard is to destroy the Christian’s belief in Jesus as the Son of God and the Second Person of the Trinity, because Islam (and its Quran) views Jesus as merely a prophet, just as Mohammad is touted to be a prophet.

I thought perhaps my eyes were just tired. However, as we got further down the road near Vero Beach, I saw the sign again: “Find Jesus in the Quran” with some quranic verse number and the website, whyislam.org.

Hours before, I had spoken about the American dream and Jefferson’s immortal words, “We hold these truths to be self-evident, that all men are created equal, that they are endowed by their Creator with certain unalienable rights.” Those words embody the American Dream: that our individual rights emanate from God, our Creator, not from man or government. It is that deep Judeo-Christian faith that enabled 56 men to embark upon the quest of creating a nation where the individual reigned preeminent.

So how was it that I gazed upon two electronic billboards promoting an ideology that translates into the word, “surrender?”

America is facing its most threatening challenge, a dangerous triumvirate of progressive socialism, secular humanism, and Islamic totalitarianism.

Progressive socialism rooted in the precepts of Karl Marx, who once stated, “religion is the opiate of the masses,” seeks to erode any faith or belief system in God and religion. Marx and progressive socialism is counter to our first amendment rights of free exercise of religion and our fundamental Judeo-Christian faith heritage. You might recall, it was at last years’ Democrat National convention where they had to conduct a vote to reinsert God into their platform. We all remember the disturbing boos and resounding NAY votes rising from the convention floor. But if we take God out of America, then we change the fundamental premise of the American dream. We then replace God with government, and then who is the giver of our unalienable rights?

And if we replace God, then what do we become as a nation?

We will become a nation of secular humanists, set adrift with no foundation, no faith, clinging to a belief that government can provide our needs. We then live in a nation with no moral compass, no standards, and a culture based upon self-gratification and indulgence. We will become a nation where those who openly profess their faith will be chastised, attacked, and demonized.

We will no longer be “one Nation under God” but rather one nation gone under, as Ronald Reagan so aptly stated.

And when we are one nation gone under, with no fundamental faith, we are primed for the infiltration, the stealth jihad that undermines any remaining concept of faith, in other words, Islamic totalitarianism. This is exactly what was described and planned in the 1991Strategic Plan and Explanatory Memorandum of the Muslim Brotherhood discovered during an FBI raid in northern Virginia.

The American dream is in our Declaration of Independence. Our Judeo-Christian faith heritage enables us to be a unique nation and defines our exceptionalism. We carry our faith within each of us, and we refuse to convert, submit, or be conquered by an ideology that is anathema to who we are, freedom loving Americans.

In the end, progressive socialism, secular humanism, and Islamic totalitarianism will be tossed upon the ash heap with fascism, imperialism, and communism because in America, those dawgs don’t hunt.