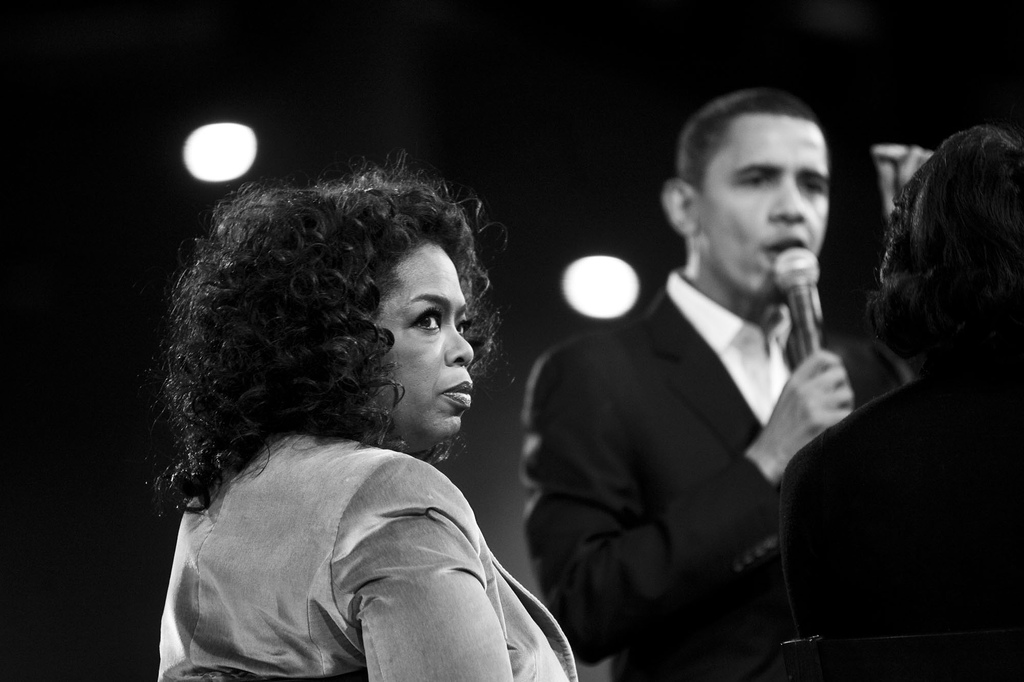 At one time there were rumors that Barack Obama might actually pick Oprah Winfrey to be his Vice-Presidential running mate. Though the rumors proved to be a little on the absurd side (why would she take the pay cut?), one can understand why some people arrived at that conclusion.

When Oprah Winfrey backs someone for President, it is not easy to overcome and it’s an endorsement worth its weight in gold. It is impossible to calculate her actual impact, but I think it would be fair to say that she won a lot of votes for Barack Obama in 2008. It has been estimated that 48 million people watch her show at least one time per week. To think that she may have influenced a million or more votes is not out of the question and may, in fact, be a conservative estimate.

Now, she is apparently looking to distance herself from the monster she helped create. She claims she doesn’t have time to meet with Barack Obama and has chosen to send a low-ranking proxy in her place.

As the White House was gearing up to sell ObamaCare to the American people last summer, Valerie Jarrett, the president’s pointwoman on a host of issues, phoned Oprah Winfrey.

She invited the Queen of All Media to join celebrities, including Amy Poehler, Jennifer Hudson and Alicia Keys, to meet with President Obama and discuss how they could generate publicity for his health-care law.

“All of Oprah’s top people thought she would go, because when the president invites you to the White House, most people automatically say yes,” said one of Oprah’s closest advisers. “But Oprah said she didn’t have the time or inclination to go. It wasn’t like she had to think it over. It was an immediate, flat-out, unequivocal no.”

Instead, Oprah sent a low-level rep from one of her talent agencies, which was regarded as a insult. Obama had been counting on Oprah’s immense persuasive powers to help enroll millions in ObamaCare. But as the rollout turned into a disaster, Oprah didn’t lift a finger to help.

The story of why Oprah has changed her tune and gone AWOL on ObamaCare goes well beyond mere gossip. It speaks volumes about the convergence of celebrity and politics under Obama and about a president who thinks nothing of using and then discarding his most loyal supporters.

Did she get her feelings hurt? Or is Oprah just smart enough to know that Obamacare is a trainwreck? I would suggest that the latter may be more true.

The same people who loved the idea, in the beginning, are now cursing the wretched beast known as The Affordable Care Act. Why would Oprah want any part of that?

I am sure Oprah will get right on that.

Oprah Winfrey is an ultra smart business woman. You can think what you want about her politics but there is no doubt that she knows how to make money.

Why would she risk losing her audience to keep supporting a losing team? If people stop following her brand then things change for her dramatically.

I would think it’s a simple business decision to cut her losses and move on.

Oprah may have come to the realization that she backed a bad horse. Why would she risk alienating followers by continuing down that path?

So just move on Oprah. You are worth billions and I don’t blame you if you do. Enjoy your success and stay out of politics.