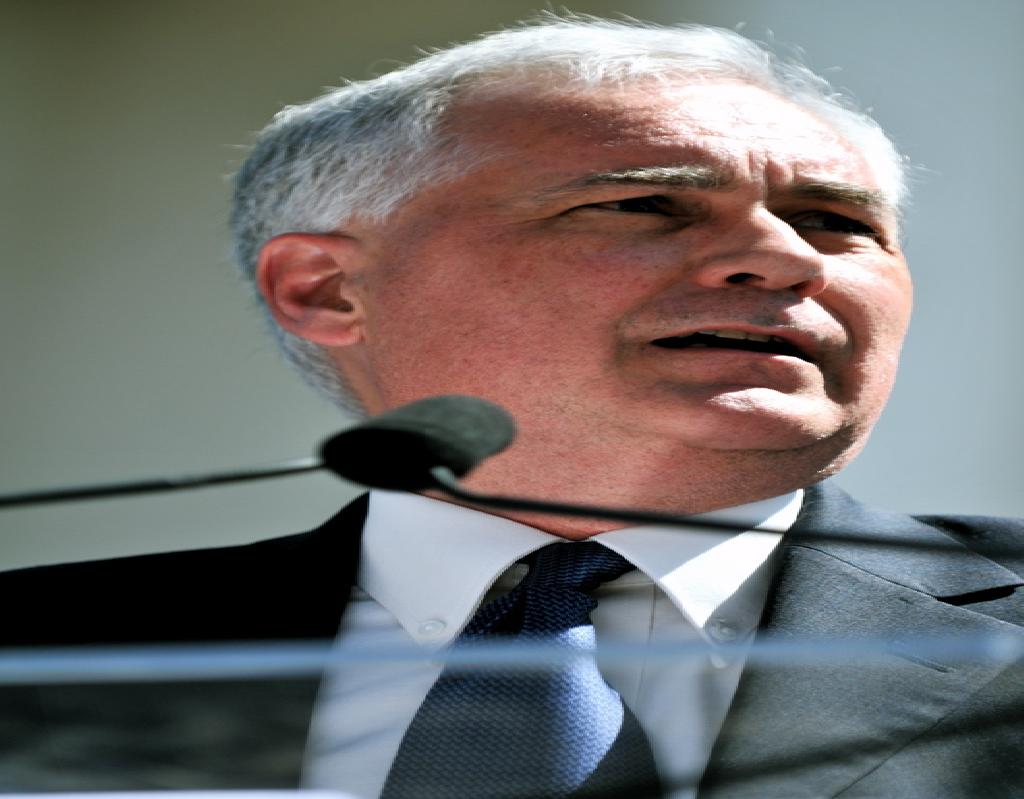 Representative Tom McClintock (R-CA) took to the floor of the House of Representatives amidst the shutdown dealings to break down the debt crisis and to point out Barack Obama’s agenda to destroy Republicans, Congress and the Constitution, while gaining control of the American purse, usurping power as a dictator. He ended his remarks by stating that he believed that the salvation of the nation would be the American people standing up against un-constitutional usurpations just as our veterans did last week.

“The debt limit exists for a simple reason,” McClintock began. “(It’s) to assure that public debt isn’t recklessly piled up without Congress periodically acknowledging it and addressing the spending patterns that are causing it. If the debt increase is supposed to be automatic, as the president suggests, then there’s really no purpose to it.”

McClintock then went on to point out the difference between Barack Obama and his predecessors.

“This president has vowed that unless Congress unconditionally raises the debt limit, the United States will default on its sovereign debt,” McClintock said. “But a failure to raise the debt limit would not by itself cause the nation to default. The Government Accountability Office has consistently held that the Treasury Secretary has ‘the authority to choose the order in which to pay obligations of the United States and to protect the nation’s credit.'”

“Such authority is inherent in the 1789 Act that established the Treasury Department and entrusted it with ‘the management of the revenue’ and ‘the support of the public credit,’ he added.

Rep. McClintock also pointed that the Treasury Department’s job in doing this is underscored by the Fourteenth Amendment. He also stated that the United States revenues are ten times the debt payment, so that there is no need for default.

The California representative also referenced the fact that the House passed HR 807, the Full Faith and Credit Act, which not only explicitly requires the payment of the national debt, in the case of an impasse over the debt limit, but allows the president to exceed the debt limit itself, in order to protect the nation’s credit. The bill passed in May of 2013, and the Senate has yet to take it up, due to Barack Obama’s threat of a veto of the bill. One would have to ask why he would do that, if he is as concerned about default and credit as he says. It’s because Obama is lying to the American people.

While paying some bills ahead of others might cause some disruption, it would not imperil the nation’s sovereign credit. “Only the president can do that,” McClintock affirmed.

McClintock also stated that what Obama threatened to do regarding defaulting on the nation’s debt was unprecedented and catastrophic, because markets are confident to loan money to the federal government based on our credit rating.

On both of these fronts, the Democrats were unwilling to negotiate, and what did the Republican establishment do? They bowed to Barack Obama and surrendered.

McClintock confessed that the way the government shutdown was handled, he believed that Barack Obama would knowingly destroy the full faith and credit of the United States. Welcome to the real world Rep. McClintock.

Mr. McClintock warned that if the Republicans caved, which they did, it would, in essence, move the power of the purse from the representatives of the people, per the Constitution, to the Executive Branch. Immediately following the debt deal, which included questionable appropriations, Obama set to provide $1.6 billion to jihadists in Pakistan.

“The Executive bureaucracies will be freed to churn out ever more outlandish regulations with no effective congressional review or checked through the purse,” McClintock said. “A perilous era will have begun in which the president sets spending levels, and vetoes any bill falling short of his demands. One house can simply refuse to negotiate with the other until Congress is faced with the ‘Hobson’s Choice’ of a shutdown or a default. The nation’s spending will again dangerously accelerate, the deficit will rapidly widen, and the economic prosperity will continue to slowly bleed away.”

“This impasse may have started as a dispute over a collapsed health program, but it’s now taken on the dimensions of a constitutional crisis,” he said.

Concluding his remarks, Rep. Tom McClintock referenced veterans that had gathered just the day before at the Capitol “to stand against these un-constitutional usurpations.”

“I believe the salvation of our nation now ultimately depends on the American people joining them.”