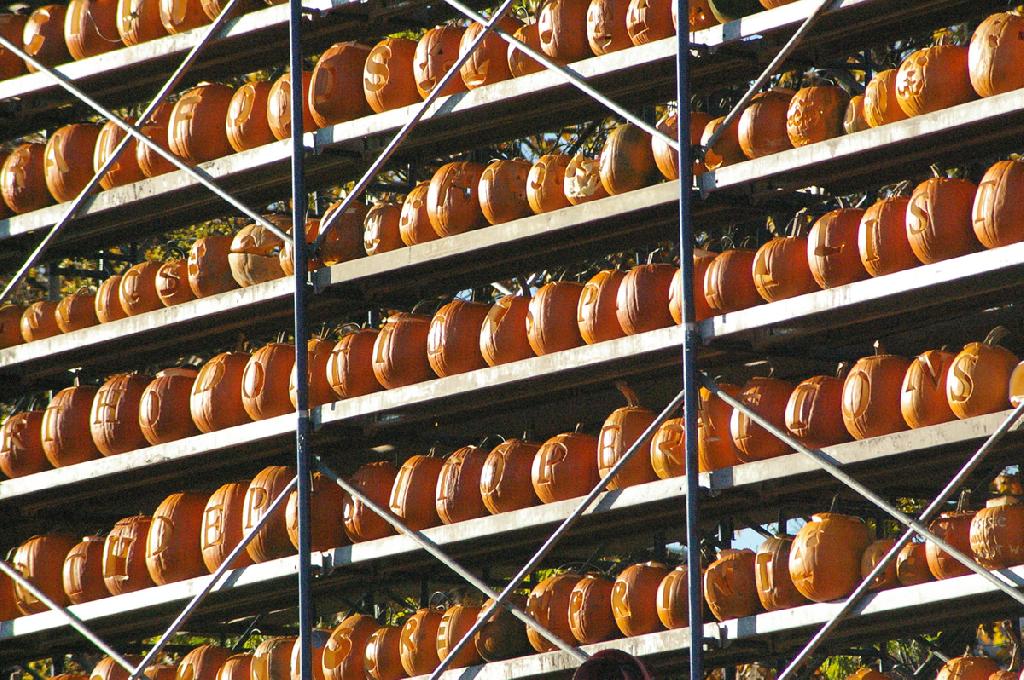 The Keene, New Hampshire Pumpkin Festival is really awesome, but it probably doesn’t make the national news every year even though it holds the world record for the most lit jack-o-lanterns in one place.

This year, however, the deployment of 4 city police sniper teams made headlines across the country.

It’s one of those things you might not believe if you didn’t see it with your own eyes.  So here…. let’s establish that this did indeed occur.
[youtube]http://youtu.be/m_JrMXA3VzY[/youtube]

Why, you ask, would a small town pumpkin festival need snipers?

Keene, NH is just across the northern border of Massachusetts.  With a population of slightly over 23,000 people, it isn’t a burgeoning metropolis rife with hate crimes.  New Hampshire is often cited as one of the most free states in the nation and the “Free Staters” are actively working to take over the state government and then … leave people alone.  A Libertarian stronghold, the state motto is Live Free or Die.

So, isn’t that the last place you would expect to see a bunch of police snipers at a public event?  Thugs in jackboots watching over the pumpkin carving contests? Men with long-range rifles guarding the pumpkin donut stand?

What if the leaders of Keene, NH are not actually trying to effect a police state, but to prevent one by dispatching their own two-man rifle teams to act as rooftop guardian angels and watch over the citizens?

The nation has been hit with a series of suspected false flag events over the past decade during the most ordinary of activities.  People going to the movies, running in a marathon, flying home to see the family, or going to school, have all been victims of suspicious attacks that left innocents dead or maimed.  Conspiracy theory or conspiracy fact, the official narratives on these events have fallen apart upon close inspection. The events all seem to be closely followed by a  highly politicized attack on our rights, whether it be the 2nd amendment or the 4th.

Perhaps the leaders of Keene, NH put snipers in place to circumvent just such an occurrence. If a gunman (or a stealth black-op team of gunmen) opened fire on a crowd of pumpkin enthusiasts in an effort to further…let’s say, the gun control agenda…wouldn’t the presence of those snipers cut short the attack?

Perhaps more places need to consider the wisdom of deploying Police protection FOR their citizens FROM a federal government run amok.  With the alarming requisitions for ammo, weapons, and battle gear that the Department of Homeland Security keeps making, it looks like we certainly need a buffer.  Maybe if we aren’t putting snipers on the rooftops to guard us from our own government, we should.

Thank you to NinaO!