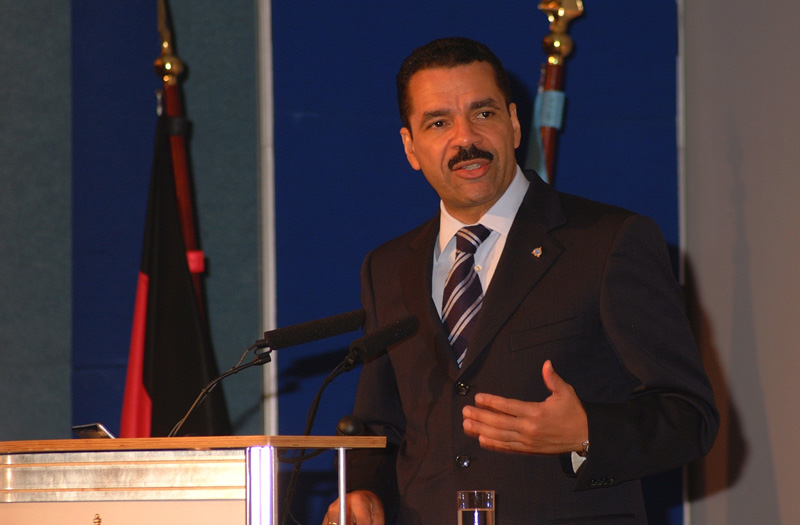 “Ask yourself: If that was Denver, Col., if that was Texas, would those guys have been able to spend hours, days, shooting people randomly?” Noble said, referring to states with pro-gun traditions. “What I’m saying is it makes police around the world question their views on gun control. It makes citizens question their views on gun control. You have to ask yourself, ‘Is an armed citizenry more necessary now than it was in the past with an evolving threat of terrorism?’ This is something that has to be discussed.”

“For me it’s a profound question,” he continued. “People are quick to say ‘gun control, people shouldn’t be armed,’ etc., etc. I think they have to ask themselves: ‘Where would you have wanted to be? In a city where there was gun control and no citizens armed if you’re in a Westgate mall, or in a place like Denver or Texas?'”

-Ronald K. Noble in an exclusive interview with ABC News

Finally someone with some international clout gets it. How much difference could just a few armed citizens have made at Westgate Mall?

The gun grabbers do not seem to understand that criminals will always find a way to get guns. People are going to die. We can not stop that from happening. All that 2nd Amendment supporters want is a right to defend themselves. Maybe a few armed citizens in that mall would have resulted in a few more dead terrorists and a few less dead innocents.

We need to understand who Ronald K. Noble is to fully understand the significance of his statements. He is not some ultra right-wing theorist that has no data or practical experience to back up his thoughts.

Ronald K. Noble is the Secretary General of INTERPOL. Mr. Noble has no shortage of high profile assignments that allow him to understand the nature of crime and international terrorism. Here is an excerpt from his Wikipedia bio:

From 1993 until 1996 he was the Undersecretary for Enforcement of the United States Department of the Treasury, where he was in charge of the United States Secret Service, the Bureau of Alcohol, Tobacco, and Firearms, the Federal Law Enforcement Training Center, the Office of Foreign Assets Control, and the Financial Crimes Enforcement Network.[1] He was head of the Department’s “Waco Administrative Review Team” which produced a report on the ATF’s actions against the Branch Davidians leading to the Waco Siege.[2]

I’d invite any gun control advocates to challenge the thoughts of a man who has been in the trenches like Ronald Noble. Please explain to all of us why we should not be able to defend ourselves against criminals and international terrorists.

We will never achieve the Utopian society that some liberals believe is possible. To believe different is to play God. As long as evil exists then people will do bad things.

We live in a world where bad guys are reality and you can not make any logical argument to infringe on the 2nd Amendment in this country.

When you take guns from law-abiding people you simply set them up to be victims of those who have no intention of obeying the law. Period.

Every citizen deserves a fighting chance. If they do not want to own or carry a gun, that is their choice. But that choice should always be there.