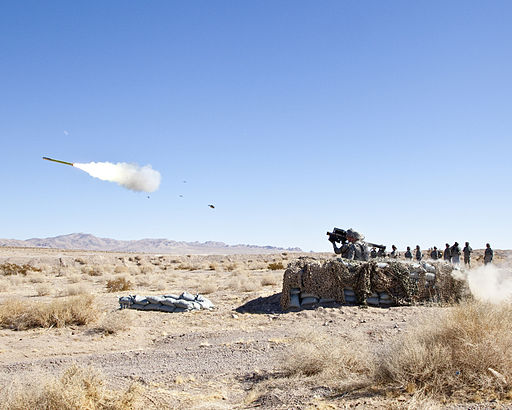 Barack Obama’s foreign policy has been a disaster for America. I often wonder if it is just as he plans it to be, but I’ve written on that a number of times. However, look how there is absolutely no accountability in this administration. Whether it is Fast and Furious, where 2,500 weapons were under surveillance walking across the US/Mexico border into the hands of drug cartels, or whether it is weapons dealing in the Middle East, which potentially led to our diplomatic mission being attack in Benghazi on September 11, 2012. In both scenarios, Americans were killed and no one has been brought to justice.

Now, it has been confirmed that intelligence finds that advanced US weapons were ‘stolen, sold abroad” and sold to Egypt’s Muslim Brotherhood and Al-Qaeda-aligned militias.

The officials said the equipment could include night-vision and even armored vehicles.

“All of the U.S. equipment brought in over the last few months has been stolen, and most of it was sold abroad,” an official said. “There is evidence that the Brotherhood has bought some of it.”

Officials said the Egyptian Defense Ministry has shared information with the U.S. Defense Department on American weapons captured in raids of Brotherhood and Al Qaida-aligned militias in the Sinai Peninsula and the African mainland. They said Egypt has found evidence that some of the insurgents were already using night-vision goggles for attacks on critical infrastructure, including the Suez Canal.

Back on October 5, 2013, Egyptian authorities said they had arrested a suspect in a rocket-propelled grenade attack on state-owned facility in Cairo.

This is the first attack in Egypt, attributed to the Muslim Brotherhood, using an RPG since Mohamed Morsi was removed from power.

Fox reported back at the end of September:

The recent theft of massive amounts of highly sensitive U.S. military equipment from Libya is far worse than previously thought, Fox News has learned, with raiders swiping hundreds of weapons that are now in the hands of militia groups aligned with terror organizations and the Muslim Brotherhood.

According to State Department and military sources, dozens of highly armored vehicles called GMV’s, provided by the United States, are now missing. The vehicles feature GPS navigation as well as various sets of weapon mounts and can be outfitted with smoke-grenade launchers. U.S. Special Forces undergo significant training to operate these vehicles. Fox News is told the vehicles provided to the Libyans are now gone.

Along with the GMV’s, hundreds of weapons are now missing, including roughly 100 Glock pistols and more than 100 M4 rifles. More disturbing, according to the sources, is that it seems almost every set of night-vision goggles has also been taken. This is advanced technology that gives very few war fighters an advantage on the battlefield.

This equipment was to be used by US Special Forces for training in Libya and that funding came from the Pentagon, which had now been pulled, due to the raids last August.

Most of the equipment the US military had in Libya has been lost, according to sources.

“Ironically, all of this equipment was brought in to help train the Libyan military,” another official said. “Instead, it is going to the highest bidder and could destabilize neighboring Egypt and Tunisia.”

Is there any wonder why our enemies are emboldened with the Muslim Brotherhood member Barack Obama looking the other way as they arm themselves with our weapons?