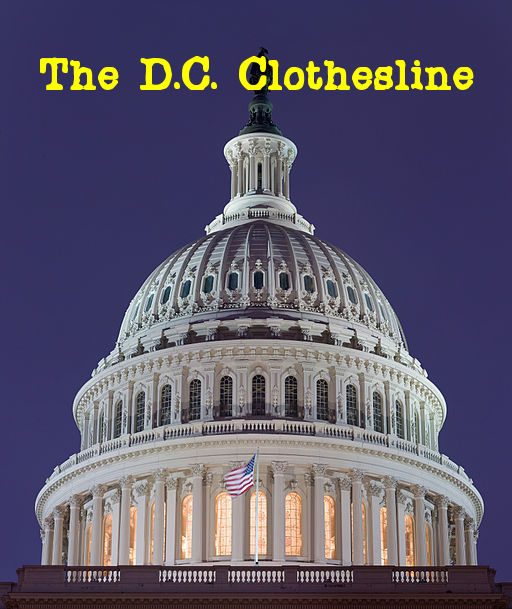 As expected the props were there…supposedly happy ObamaCare subscribers who were anything but as only three of those on stage were able to log onto the nightmare of a website…but shhhhh… Obama does NOT want you to know that.

And so in his press conference on Monday, in which Obama promised to get the website and the exchange problems fixed ASAP we know his promises are if NOTHING else…laughable. And as the laughs continued with Obama claiming there were 20 million ‘look-sees’ on the ObamaCare website during its first weeks in operation and that almost half a million accounts were created on the exchanges during the same time period…we could actually see his nose growing with every word spoken for Obama gave NO actual real-time enrollment numbers…just more of his straight-faced lies spewed while smiling ever so sweetly for yet another photo-op.

The truth is that the ObamaCare website and the exchanges that go along with it are a complete and total failure…a failure costing three times as much as originally budgeted for…a failure to the tune of $394 million in total…$200+ million of which came directly from our taxpayer dollars…and NOTHING Obama says now can make us forget his narcissistic bravado of a mere month ago when he told Americans that a “few glitches would be inevitable and that people should disregard the program’s naysayers.”

Thing is…the naysayers were right and as always Barack HUSSEIN Obama was wrong yet again.

So in Monday’s just another in-our-face photo-op of a press conference, Obama’s lies droned on and on ad-nauseum as he continued down his chosen path of trying to ruin the one-sixth of our economy that ObamaCare touches.  Ruining it with this monstrosity of an anything but affordable health care bill that will cost many NOT only wages but their very jobs as well as this miserable excuse of a president insists on forcing economic hardships on ‘We the People’ with his refusing to grant us the same one-year delay he gave big business in their having to implement ObamaCare.

And so the man who secretly…or maybe NOT so secretly…wants ObamaCare to fail so he can then initiate his true objective of controlling a one party health care system…a system where ‘do as I say or else’ would become reality…Barack HUSSEIN Obama once again placed the blame for the website’s many failures on any and everybody he could think of…except on himself of course. ‘The buck stops here’ does NOT exist in Obamaspeak…I’m just surprised the name George Bush did NOT enter his conversation.

But blame or NO blame the fact remains that ObamaCare is just plain bad medicine…and mucho expensive to boot. 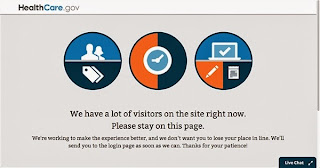 Bottom line…ObamaCare will cease to exist if younger healthy Americans do NOT underwrite the high costs of medical care for older and sicker Americans…especially those with pre-existing conditions.

And let’s NOT forget Obama’s famous line, “You can keep your current plan if you like it.” Words spewed forth from smirking lips…words that proved to be just more in his series of lies…for the sad reality is that yesterday a half million people in Florida received cancellation notices from their current insurance carriers…and more are on the way.

Now add in that even for those very ‘lucky’ (gag) few who do get through the hodge-podge of a website and are able to sign onto the ObamaCare exchanges, the insurers they sign onto have said that they were getting incomplete or corrupted applications that could NOT be processed, and that many states are having trouble accessing the federal data needed for the applications.

But under it all what remains is that when you strip away the website’s many failures the fact is that ObamaCare simply does NOT work NO matter whatever guise it’s presented in…and needing seven million sign-ups by the end of March to make it operational…to make it break even…will simply NOT happen for ObamaCare is bad-medicine any way you cut it…as people who are getting through to the website are finding out.

ObamaCare has flaws…many many flaws…flaws that NO amount of PR can fix…flaws that might eventually bring it down without any intervention by our side at all. Having had three years to get it right, ObamaCare and its laughable website will give Barack HUSSEIN Obama a legacy that he truly does NOT want but oh so deserves…and that might be the ultimate payback ‘We the People’ can give him for forcing the monstrosity known as ObamaCare down our throats. We did NOT need ObamaCare nor did we want it…yet for now we are stuck with it…and that does NOT sit well with ‘We the People’ at all.