The 3 Musketeers…Barack HUSSEIN Obama, ‘Prince’Harry Reid, and his Botox Queen…the one and only Nancy Pelosi.

America’s very own ‘Axis of Evil’ with their all-consuming leftist partisan ideology existing only to inflict as much pain as possible on ‘We the People’ and doing so in the most hateful, spiteful, and vindictive of ways.

Everything they do…every program they initiate…every bill they pass, do NOT pass, or sign as in Obama’s case, revolves around fueling the fires of class warfare or of removing the scab on what was once slowly healing old racial wounds.  And these three have NO desire to improve the lot of America’s ‘working poor’ for their goal is to make sure the ‘working poor’ are beholden to the Democratic Party for their day to day existence…to make sure they NEVER bite the hand that feeds them…to make sure they vote Democratic until hell freezes over.

These three relish in the fear they create…in the rendering impotent of any and all who oppose them…who challenge them…who call them to task.  These three feed political arguments NOT with facts and figures but with innuendos, lies, and suppositions contrived by speech writers influenced by the likes of Alinsky, Che, and Fidel Castro.

Socialists hiding behind the guise of calling themselves Democrats, Reid and Pelosi have turned a once honorable if opposing party…the party of JFK…into a rabble-rousing bunch of hoodlums, haters, race-baiters, and blind followers of a media created teleprompted so-called ‘savior of us all’ who has proven to be anything but. 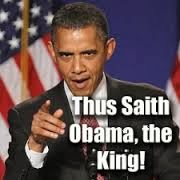 Proving to be anything but as Barack HUSSEIN Obama challenges our country’s laws; strips away one by one our Constitutionally given rights; removes God from our schools…from our public assemblies… from our military funerals; bows down to and caters to our enemies… and all in his quest to become King…to become titular leader of his oh so wanted islamic caliphate as he allows the sharia to creep into the fabric of our American society…as he allows the Muslim Brotherhood to infiltrate the halls of American government…as he allows the U(seless) N(ations) wanted and sanctioned Agenda 21/One World government nonsense to reach our shores…and it has started with the indoctrination of our children via Common Core.

And ‘Prince’ Harry Reid and ‘Queen’ Nancy Pelosi willingly aid this most vile man as they feed into his plans…as they calculatingly create planned chaos to defame the opposition…to try and weaken the enemy from within…the enemy known to them as ‘We the People.’  The TEA Party are terrorists …the Republicans are just rich, gun-toting, race haters and NO more…you know the rhetoric…you’ve heard the words…you know the lies.

‘Fast and Furious’…Benghazi…IRS and spying scandals…and of course the dreaded ObamaCare with its joke of a website…mere ‘bumps in the road’…questions unanswered… truths unspoken… cover-ups…the blame game…all the hallmark of an administration run awry…but running with the support of the sheeple, the apathetic, the ‘sponges’ with their hands out, the turncoat RINOs, and of course with the media who turns a blind eye to all things Obama…to all things leftist…to all things muslim…

Stimulus failures…an economy in the tank…jobless numbers really rising… sequestration woes…a manufactured debt ceiling crisis…and out and out default lies…acquiescing to our enemies… stabbing Israel in the back…defaming our veterans…closing open-air parks in a government shutdown that was laughable at best….

But now six Senate Democrats up for re-election in 2014 seem to have suddenly ‘seen the light’ as they jump ship on ObamaCare’s dismal start…on the individual mandate the heart of the law…but you know what…I’ll take it as its but one more nail in the coffin of the legacy of a man on whose shoulders…by whose own hand…the chaos in America now rests.

And try as they might that is something the media can NO longer hide.