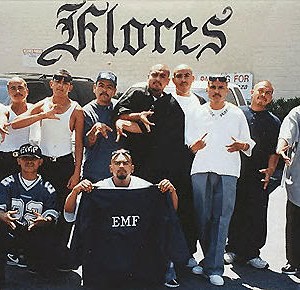 If your neighborhood is not as safe as it used to be, then you have something in common with the rest of the country.  All over America, crime is on the rise.  According to a government survey that was just released, violent crime in the United States increased by 15 percent last year, and property crime was up by 12 percent.  If violent crime keeps increasing at this rate, it will approximately double in just six years.  But as I wrote about the other day, when the next major economic downturn strikes it will probably greatly accelerate the growth of the crime rate in this country.  Desperate people do desperate things, and as you will read about below, there are people out there that are already stealing entire truckloads of food.  In the future, when people are extremely hungry or crazy for their next drug hit, they won’t think twice about invading your home or pulling you out of your vehicle.  The rise in crime that we are witnessing right now is just the beginning.  It is going to get a lot worse than this.

Whenever I do this type of an article, inevitably someone leaves a comment insisting that I am lying because crime rates are going down.

Well, that used to be true.  It is no longer accurate.

As an ABC News article that was just released explains, the crime victimization survey shows that violent crime in America has now increased for two years in a row…

The violent crime rate went up 15 percent last year, and the property crime rate rose 12 percent, the government said Thursday, signs that the nation may be seeing the last of the substantial declines in crime of the past two decades.

Last year marked the second year in a row for increases in the crime victimization survey, a report that is based on household interviews.

This is one of the primary reasons why so many people are moving out of the big cities right now.  In the city of Chicago, police are so overwhelmed with crime that they will no longer respond in person “to 911 calls reporting vehicle theft, garage burglary or simple assault“.

Things have gotten so bad in Chicago that a 14-year-old girl was sexually assaulted as she was walking to a bus stop this week and it barely made a blip on the news.

But we have come to expect this kind of thing in crime-infested cities such as Chicago.  We don’t expect it to happen in “quiet communities” such as Augusta, Georgia…

“When we first moved out here three and a half years ago, my wife and I, it was a quiet community, it was a deal that we felt we couldn’t pass up on,” Don McIntee says.

McIntee lives in the Butler Creek Mobile Home Community, but he’s trying to change that. He recently put his home up for sale because he says the crime in his neighborhood is too much to deal with.

“I want to live in a place that I feel is secure and safe for my wife because I’m out of town a lot,” he says.

And it seems like criminals are becoming more brutal than ever.  For example, one thug actually put his gun into the mouth of a 92-year-old World War II veteran in Fresno, California and threatened to kill him during one recent home invasion…

“I was sound asleep at about one or two o’clock in the morning, all the lights were on and a guy shook me with a gun in my face. (I said) Hey what’s going on? (He said) Shut up and he slapped me,” he explained.

While the suspect held him at gunpoint, three others ransacked his house, taking about 200 dollars in cash and jewelry including his 1941 class ring from Woodlake High School in Tulare County.

“They were in there for almost a half hour,” said Fresno County Sheriff Department spokesperson Chris Curtice. “So they had plenty of time to search the house, it was the middle of the night.”

At one point, Joseph said one of the suspects put a gun in his mouth and threatened to kill him. While being ordered into the bedroom closet, he said he hit him in the head with a handgun, causing him to fall to the floor.

Was there any need for that?  That 92-year-old man was certainly no threat to the four home invaders.

But this is what is happening all over the nation now.  Criminals appear to be getting crazier and crazier.

In Houston recently, one team of home invaders decided to storm a house at 8 AM in the morning while people all along the street were leaving their homes to go to work and to school…

It was about 8am — daylight, with people going to work and kids going to school, yet no one apparently saw this coming. The homeowner told me four men, armed with guns, broke in through her garage and forced their way inside her house.

The woman’s daughter and son-in-law were in the home with her, along with two of their daughters, ages four and six. The homeowner says the gunmen pointed guns at all of them — even the children — and demanded money over and over. They ransacked the house and the cars- and eventually got away with some cash, at least one cell phone and the homeowner’s wallet.

Who robs a house at 8 AM in the morning?

In my article yesterday, I included another example of a crime which is either incredibly bold or incredibly stupid.  One very enterprising carjacker actually decided to try to carjack the police chief of Detroit while he was sitting in a clearly marked police vehicle…

Just four months on the job, Detroit’s new police chief got an early taste of the city’s hardscrabble streets.

While in his patrol car at an intersection on Jefferson two weeks ago, Police Chief James Craig was nearly carjacked, police spokeswoman Kelly Miner confirmed today.

Craig said he was in a marked police car with mounted lights when a man quickly tried to approach the side of his car. Craig, who became police chief in June, retold the story Monday during a program designed to crack down on carjackings.

So what is going on here?

Are criminals becoming bolder or are they just becoming stupider?

I don’t have an answer for that question, but one thing seems certain – crime is definitely getting worse.

As I mentioned at the top of this article, some criminals are now actually stealing entire truckloads of food.  A recent CBS News article explained how they are doing this…

To steal huge shipments of valuable cargo, thieves are turning to a deceptively simple tactic: They pose as truckers, load the freight onto their own tractor-trailers and drive away with it.

It’s an increasingly common form of commercial identity theft that has allowed con men to make off each year with millions of dollars in merchandise, often food and beverages. And experts say the practice is growing so rapidly that it will soon become the most common way to steal freight.

And what we are talking about is not just a few isolated incidents.  This is literally happening from coast to coast and the dollar values of some of these thefts are staggering…

As economic conditions continue to deteriorate, I actually expect that we will start seeing armed guards on food trucks in a few years.

Desperate people do desperate things, and as food prices continue to rise I believe that food trucks will become highly prized targets.

America is rapidly changing, and not for the better.

So what are things like in your area of the country?

Are you noticing an increase in crime?