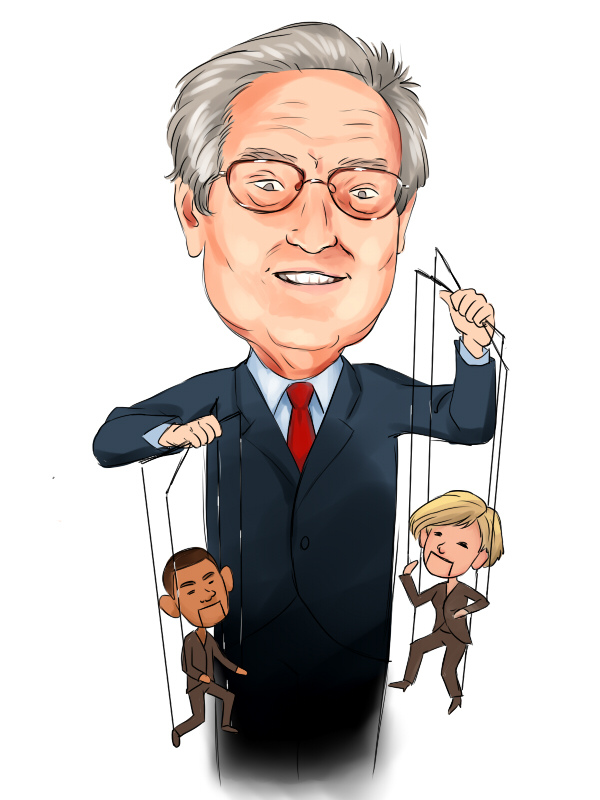 This should come as no surprise considering the ties that Hillary Clinton has and the fact that she has been virtually coronated as the next presidential candidate for the Democrat Party. Yesterday the official Twitter account of the Hillary Clinton super PAC Ready for Hillary made it known that mega billionaire George Soros is sponsoring her efforts.

The Tweet read, “We are proud to welcome George Soros as one of the co-chairs of @ReadyForHillary‘s national finance council.”

We are proud to welcome George Soros as one of the co-chairs of @ReadyForHillary's national finance council.

Liberal billionaire George Soros is lending his name to the “Ready for Hillary” super PAC, donating $25,000 to become a co-chair of the group’s National Finance Committee ahead of a major donor confab in New York.

“George Soros is delighted to join more than one million Americans in supporting Ready for Hillary,” Vachon said. “His support for Ready for Hillary is an extension of his long held belief in the power of grassroots organizing.”

Though Clinton had earlier waved off any thoughts of running for the White House, everyone knew the White House was her greatest aspiration. She has yet to announce any plans to run for the presidency, but has been giving speeches nationwide since resigning as Secretary of State, following the death of four Americans on her watch in Benghazi.

“It’s not about pressuring her,” the super PAC’s executive director, Adam Parkhomenko, said. “It’s giving her the time to make the decision, knowing that there’s an operation out there of grassroots supporters who are organizing.”

For those of you who do not know who George Soros is, Joshua Cook laid out just who he is in a previous article regarding Lindsey Graham challenger Richard Cash and his transparency demonstrating that he was not being funded by Soros. I suggest you take a look and inform yourselves.