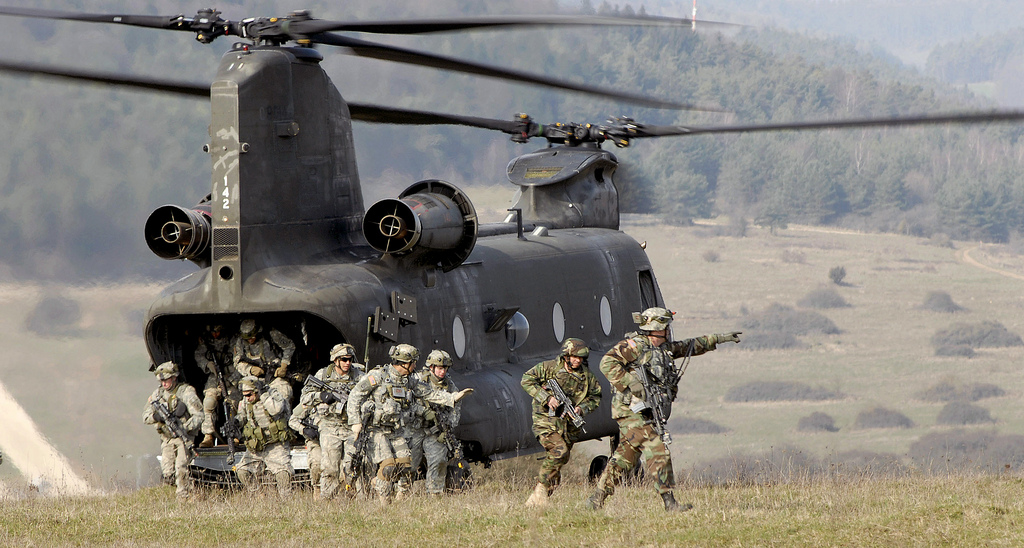 Back in August, I told you that Extortion 17, the downing of a Chinook helicopter with members of SEAL team 6 onboard (those that allegedly carried out the raid on Osama bin Laden), could be Barack Obama’s biggest scandal and one of his administration’s biggest acts of treason. That report came after an interview I conducted with Billy Vaughn, father of slain Navy SEAL Aaron Vaughn, who told Freedom Outpost that he wanted answers and those who were responsible for his son’s death to be held accountable. Now, many of the families believe that the incident that has been deemed the largest loss of life in the Afghan war theater (38 deaths, including nearly two dozen Navy SEALs) was an inside job.

The investigative file made available to The Washington Times shows that the helicopter’s landing zone was not properly vetted for threats nor protected by gunships, while commanders criticized the mission as too rushed and the conventional Chinook chopper as ill-suited for a dangerous troop infiltration.

Larry Klayman, who runs the nonprofit watchdog group Freedom Watch, has filed suit in U.S. District Court for the District of Columbia against the Pentagon, as well as the Air Force, Army and Navy. He wants a judge to order the military to turn over an array of documents under the U.S. Freedom of Information Act. He said the Defense Department stonewalled his written requests, so Freedom Watch went to court last month and succeeded in forcing the government to turn over records.

For the first time, Mr. Klayman allowed The Washington Times to view the military’s investigative files turned over to family members two years ago.

“The families of our fallen heroes, who I am proud to represent, need closure to this tragedy,” Mr. Klayman said. “There are many unanswered questions and the military’s explanations of the causes of the crash do not add up.”

He said families also want changes to the military’s restrictive rules of engagement that made it more difficult for U.S. helicopter pilots to fire back at the Taliban fighters they believed brought down the Chinook.

“The families also want our military’s rules of engagement to be changed, as a testament to and in honor of their dead sons,” Mr. Klayman said. “When our nation enters into battle, it must be to win the battle, not the ‘hearts and minds’ of the Islamic jihadist enemy and the Muslim civilian population it uses as human shields.”

He also wants to know the identities of Afghan soldiers onboard, and why the aircraft’s black box, washed away in a fierce rainstorm, was never found — even though it has a homing device.

“We want to make sure our fallen heroes are respected and that answers are provided,” he said.

About a possible insider betrayal, he says: “We’re not saying that happened, but it needs to be explored because increasingly Americans are being killed at the hands of Afghans.”

While many of the family members expressed sentiments very similar to those of Billy Vaughn during our interview, it isn’t just the families of those lost that are questioning what happened. Many military personnel who were involved that night have questioned the operation afterwards.

“One of the other things that we did talk about — kind of what you’re hitting on, sir, is about the fact that, you know, for three hours we had been burning holes in the sky,” the navigator aboard the AC-130 gunship that loitered for three hours over Tangi Valley. “You’ve got [Apaches] flying around, so there’s a lot of noise going on and, basically, this entire valley knows that there’s something happening in this area. So, to do an infil on the X or Y, you know, having that element of surprise in the beginning of an operation is good, but by the time we’ve been there for three hours, and the party’s up, bringing in another aircraft like that, you know, may not be the most tactically sound decision.”

Some of the families believe their sons were betrayed by the Afghan government and that someone inside tipped off the Taliban. This would be right in line with the “green on blue” attacks that have escalated in Afghanistan, resulting in the loss of many American lives.

The families also believes that the SEALs took off in the wrong aircraft, something that Billy Vaughn pointed out during our interview. A special operations officers also confirmed to the Times this was the case.

“In this case, the CH-47 was used in a completely inappropriate manner given its design and the result was the deaths of everyone aboard,” the officer said.

“Tier 1 personnel must be employed with careful planning,” he added. “The cost and time to train them means that using them in such a haphazard manner as a reaction force in this context places critical personnel at too great a risk, especially in this concentration on such a noncritical mission.”

The report also shows a discrepancy between whether the Chinook had Apache escorts or not, or whether the escorts failed to properly scout the landing zone.

Additionally, there is the question of why many of the soldiers were ordered to be cremated by the Army, including Charles Strange’s son Michael, who obtained a copy of Michael’s autopsy report and photographs of his body that showed no signs of fire damage.

“There’s nothing wrong with the body except for his ankle, but they claimed everybody was burned beyond recognition, yet there he was lying there whole and intact,” Strange said. “His hair and arms weren’t burned, and there was no sign of smoke in his lungs. When I called the command up and asked them about this they seem shocked that I had the photo. They told me ‘we’ll get back to you,’ but they never did.”

“Why did they cremate my boy? We are Christians and do not believe in cremation; there was no reason for them to do that,” Strange said.

There’s also that little issue that came up when 6 Navy SEALs’ funerals were conducted by a Muslim Cleric that condemned them to Hell during the service.

“Over two years after Extortion 17 was shot down, the families still have these unanswered questions,” said Klayman. “All of this raises the distinct possibility of a cover-up as to what really happened. We don’t know what happened, and none of these answers are forthcoming.”

Qari Tahir was thought to be the top leader in the area, and his home was raided by Army Rangers on that night in an attempt to kill or kidnap him. Following the Extortion 17 crash, a month later NATO command in Kabul announced it had killed Tahir with a precise airstrike as he stood alongside a fellow terrorist.

I must say that this has to be the clearest tying up of loose ends I’ve seen. A SEAL team allegedly takes out the most wanted jihadist in the world (I still question that entire story line), then they get taken out by the Taliban, then the Taliban leader gets taken out.

The most important question on my mind is, who in the Obama administration was involved? We know at least Leon Panetta and Joe Biden had loose lips when it came to keeping the SEAL team’s identity classified. However, Obama and his administration have not been held accountable for one single crime they’ve committed in his five years in office. Will Klayman and the families be the first to bring them to justice?