I have been remiss in not getting everyone an update on this sooner but I was checking out Birther Report today and I noticed that Larry Klayman has set an agenda for his invasion of D.C. I am passing this along for those who would like to attend. Here is the information:

10:00am in LaFayette Park Across From White House

Freedom Watch and I call upon all Tea Party, conservative, libertarian, and other groups and all persons, indeed to all patriotic citizens, to converge on Washington D.C., en masse, on November 19, 2013, and demand the resignations of President Barack Hussein Obama, Senate Majority Leader Harry Reid, and House Speaker John Boehner. We want all concerned activist groups to partner with us in our fight to restore the integrity of our nation and our Constitution.

I. INTRODUCTION by Larry Klayman

A. Knowledgeable and concerned Americans know that the United States is in great danger. Barack Hussein Obama has driven the country into the ground and the political opposition has allowed this to happen. The nation is on the verge of economic, social, and strategic collapse, as the people’s grievances are being continually ignored.

B. Short of violent revolution which we hope to avoid, civil disobedience in the style of Mahatma Gandhi in India and South Africa, Lech Walesa in Poland, Martin Luther King, Nelson Mandela, and most recently, democracy-minded Egyptians in Tahir Square, must be employed urgently before the nation goes under for the count.

II. SPEAKERS Who Have Been Persecuted by Obama’s Regime

We propose bringing some of the victims of President Obama’s administration and have them give their testimony about how they have been harmed by him and his enablers. Such victims will include by not be limited to the widows and parents of those who died at Benghazi, other military families whose sons or daughters have been sacrificed based on Obama’s Muslim outreach which favors protecting the Islamic enemy over our own troops, those who have been audited and harassed by the IRS, spied upon by the NSA, victimized by illegal immigration, persecuted by ObamaCare, and those who feel that the U.S. Constitution is being trampled on as a matter of course and that their freedoms are being subverted and destroyed.

III. CAMP OUT Until We Get Results

We must have the means to literally camp in Washington D.C. and not leave until we get results.

In conjunction with the masses gathered in LaFayette Park, we encourage millions to occupy parks, sidewalks, public areas, etc., consistent with the law. This has never been done before, but as Thomas Paine said, “these are the times that try men’s souls.” ` 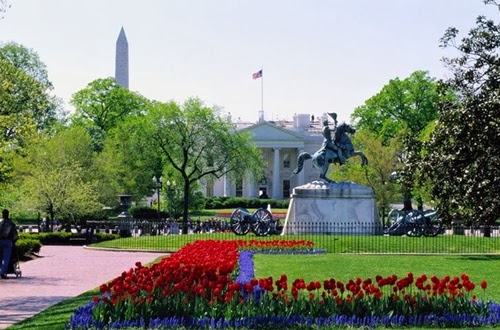