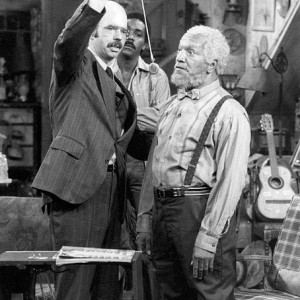 If you believe that there is high inflation in the United States, you are just imagining things.  That is the message that the U.S. government and the Federal Reserve would have us to believe.  You might have noticed that the government announced on Wednesday that the cost of living increase for Social Security beneficiaries will only be 1.5 percent next year.  This is one of the smallest cost of living increases that we have ever seen.  The federal government is able to get away with this because the official numbers say that there is hardly any inflation in the U.S. right now.  Of course anyone that shops for groceries or that pays bills regularly knows what a load of nonsense the official inflation rate is.  The U.S. government has changed the way that inflation is calculated numerous times since 1978, and each time it has been changed the goal has been to make inflation appear to be even lower.  According to John Williams of shadowstats.com, if the inflation rate was still calculated the same way that it was back when Jimmy Carter was president, the official rate of inflation would be somewhere between 8 and 10 percent today.  But if the mainstream news actually reported such a number, everyone would be screaming and yelling about getting inflation under control.  Instead, the super low number that gets put out to the public makes it look like the Federal Reserve has plenty of room to do even more reckless money printing.  It is a giant scam, but most Americans are falling for it.

Meanwhile, the prices of the things that most Americans buy on a regular basis just keep going up.  The following are just a few examples of price inflation that we have seen lately…

-McDonald’s has killed the dollar menu because it is becoming impossible to “make any money selling burgers for $1“.

But don’t worry – the government says that the inflation you see is just your imagination.

-Amazon.com has raised the minimum order size required for free shipping from $25 to $35.

But don’t worry – you can afford to order more stuff thanks to the great new job that you got during this “economic recovery”.

-It is being projected that those using natural gas to heat their homes will see their heating costs rise by 13 percent this winter.

But don’t worry – “global warming” should kick in to high gear any day now.

-The price of chocolate has gone up by 45 percent since 2007, and it is being projected that it will now be increasing at an even faster pace.

But don’t worry – eating chocolate is bad for you anyway.

But don’t worry – this is just “health care reform” in action.

Meanwhile, things just continue to get tougher for middle class American families.  Household incomes have actually been declining for five years in a row and total consumer credit has risen by a whopping 22 percent over the past three years.

The quality of our jobs continues to go down and our paychecks are not keeping up with inflation.  In fact, 40 percent of all U.S. workers are now making less than what a full-time minimum wage worker made back in 1968 after you account for inflation.

So what do the “authorities” say that the solution to our problems is?

They want even more inflation of course.  According to CNBC, many Federal Reserve officials (including Janet Yellen) believe that what the U.S. economy really needs is a lot more inflation…

Inflation is widely reviled as a kind of tax on modern life, but as Federal Reserve policy makers prepare to meet this week, there is growing concern inside and outside the Fed that inflation is not rising fast enough.

Some economists say more inflation is just what the American economy needs to escape from a half-decade of sluggish growth and high unemployment.

The Fed has worked for decades to suppress inflation, but economists, including Janet Yellen, President Obama’s nominee to lead the Fed starting next year, have long argued that a little inflation is particularly valuable when the economy is weak. Rising prices help companies increase profits; rising wages help borrowers repay debts. Inflation also encourages people and businesses to borrow money and spend it more quickly.

The rest of that article goes on and on about how wonderful inflation is for an economy and about how the U.S. economy desperately needs some more of it.

Well, if that was actually true, then the Weimar Republic should have had one of the best economies in the history of mankind.

But this inevitably happens when a nation starts producing fiat currency that is backed by absolutely nothing.  There is always a temptation to just print a little bit more.

In the end, we are going to be destroyed by our own foolishness.  We have the de facto reserve currency of the planet, and the rest of the world has trusted it for decades.  But now we are systematically destroying our currency, and the rest of the globe is looking on in horror.

If you want to see a very good example of the impact that inflation has had on our economy in recent years, just check out this amazing chart which shows what the Federal Reserve’s reckless policies have done to the prices of commodities.

Ultimately, the U.S. dollar will be destroyed, and we will have done it to ourselves.

Many people are attempting to protect themselves against this inevitability by putting a lot of their money into hard assets such as gold and silver, but before you do that you might want to make sure that you don’t have a vengeful spouse that will toss it all into a dumpster someday.  The following is from a recent New York Post article…

A Colorado man was so angry at his ex-wife for divorcing him that he had the couple’s life savings of $500,000 converted to gold — then tossed it in a dumpster so she couldn’t have any of it, the Colorado Springs Gazette reports.

In June, Earl Ray Jones, 52, of Divide, Colorado, was ordered by a judge to pay $3,000 a month to the woman he’d been married to for 25 years, so he pillaged the couple’s retirement account and had it converted into 22 pounds worth of gold and silver bars,  the paper reports.

Jones claims he then tossed the modern-day treasure into a dumpster behind a motel, where he had been living temporarily, later telling the judge he had no money to give his ex-wife, according to the paper.

Did that story make you smile?  It sure did the trick for me.

But that story is also a picture of what the Federal Reserve is doing with our dollar.

Our currency has been used for decades by almost everyone else around the planet.  In fact, more U.S. dollars are used outside of our country than inside of it.

But now the Federal Reserve is systematically trashing the dollar and the rest of the globe is starting to lose faith in it.

Instead of realizing their mistakes, Fed officials say that we need to create even more inflation and they just keep on wildly printing more money.

In the end, we will all pay a great price for their foolishness.