There are few words in the English language…in any language… that scare people more than the three words, “You have cancer.”

Cancer…a disease that will touch all of our lives at some point in time whether personally, through co-workers, through family, or through friends. Through friends…through my life-long best friend and through my dear personal friend ‘Bamboo Bob’.

‘Bamboo Bob’..of ‘I Love to Spank Liberals’ fame…and I have been friends for years. Bob and I have organized and done rallies together, attended events together, and I’m an admin on his ‘Bamboo Bob’ facebook page. ‘Bamboo Bob’…Robert Golden in real life…was recently diagnosed with cancer. The details of his cancer are NOT important…what is important is that he wants everyone to know that cancer will NOT beat him…he will beat cancer through shear determination alone if need be. Bob is aiding in his battle by having great private insurance that has NOT been cancelled and dollars in the bank to pick up what his insurance does NOT…the dreaded ObamaCare is NOT an added headache for him right now.

But there are thousands upon thousands of cancer patients in this country most of whom unfortunately are NOT so lucky insurance wise as Bob is…and it won’t be their cancer that kills them…they will die because the ObamaCare exchanges they have been forced into will NOT treat them.

My BFF beat stage 3C ovarian cancer…beat it after major surgery and over a year of sometimes brutal chemo treatments…some experimental…some that ObamaCare has now cut funding for. This means that the treatments that saved her life will NO longer be available to her if her cancer were to return. And all because ObamaCare does NOT deem women with ovarian cancer worth the money needed for clinical trials that could save their lives.

And how sad is that after all the medical progress made in making those dreaded three words a bit less scary, ObamaCare has now taken even that away as ObamaCare targets people with cancer as being basically unworthy of life…simply because ObamaCare deems cancer and the medical intervention needed as being just too costly to waste money on.

After all, ObamaCare is really about extending low-cost or free health care to those already living off government handouts…and heaven forbid those with cancer take money away from them. But that’s the whole point as the more the federal government takes over our health care system through nefarious laws like ObamaCare, the more Obama’s so-wanted all-encompassing welfare state is being created.

And the reality is that ObamaCare…with its hidden peccadilloes buried within its 2700+ pages of legal mumbo-jumbo…has set itself up as judge and jury as to how many years a cancer patient will be ‘allowed’ to live and how much money will be ‘allowed’ to be spent on them to do so. And this starts with ObamaCare limiting access to cancer specialists…the doctors those with cancer need the most…and it does so in order to reduce cost reimbursements. And as ObamaCare contracts with fewer specialists…especially with those outside its network….ObamaCare actually deems specialists as NOT worth the money for an added year or two or three of life. 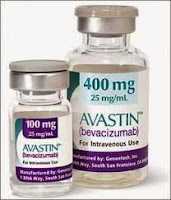 And if that’s NOT a death panel I don’t know what is.

ObamacCare also wants to reduce the number of drugs available to  cancer patients because cancer drugs are expensive…and those drugs take money away from Obama’s ‘gimme-gimme you owe me’ always loyal Democratic voters.  And ObamaCare is doing that by taking dollars away from drug developers and using those dollars to subsidize hospitals through a program called 340B, with the patient unfriendly side effect being that ObamaCare will actually increase the cost of cancer care, while lowering the quality of care cancer patients receive. This is because under program 340B, hospitals get to buy cancer drugs from drug companies at a mandated discount of at least 25% to 50% but can bill for the full cost of the drugs, and pocket the difference for themselves…with the sick be damned.

To date, 1,675+ hospitals…a third of all hospitals in this country…qualify for 340B.  Also because of ObamaCare, hospitals are buying private oncology practices so that they can acquire more drug purchases at the discount rates and make more money by treating cancer patients in-house instead of in out-patient clinics. In fact, about 400 oncology practices have been bought by hospitals since ObamaCare’s passage, but instead of it lowering cancer care costs the amount charged has actually risen because it is monetarily advantageous for hospitals to admit and treat cancer patients in hospital…remember, right now a single aspirin can cost double-digit dollars so just imagine how much hospitals can charge and pocket for an in-hospital stay and the cancer drugs administered, while the cancer patient is still left holding the bag for a large co-pay amount.

What a racket built on the back of cancer patients courtesy of ObamaCare.

And if all this wasn’t bad enough, the ultimate insult to cancer patients could be Barack HUSSEIN Obama holding an ‘all about me’ photo-op press conference to announce that due to the wonders of ObamaCare cancer has been cured…but he will fail to say that the cure came by redefining what cancer is. Remember, this past July the government agency for cancer research…the National Cancer Institute…recommended that the term ‘cancer’ be used only for tumors that are likely to kill the person if left untreated, with slower growing tumors being renamed ‘indolent lesions of epithelial origin’…equating to if it’s NOT really cancer there’s NO need to spend the money to treat it as if it was cancer…more niceties for those who’ve heard the dreaded three words, “You have cancer.”

ObamaCare is NOT the panacea for some people’s health care woes nor is it good medicine. ObamaCare is NOTHING but one narcissistic individual and his minions trying to rule over us all by stripping away control of our own bodies as ObamaCare turns what should be personal health decisions over to DC bureaucrats sitting in ivory towers. ObamaCare is built upon a foundation of LIES…just like the man it’s named for. ObamaCare is constructed so that it hurts the sickest amongst us…cancer patients who are fighting for their very lives…cancer patients who do NOT need the abomination known as ObamaCare dictating their treatment or lack thereof.

My BFF will beat her cancer in spite of ObamaCare, and my dear friend Bamboo Bob will beat his cancer because thankfully he does NOT need to rely on ObamaCare…two people trying to reach the same goal of being cured but each traveling a different path to that goal…but both saying ObamaCare be damned…and in that I so agree.