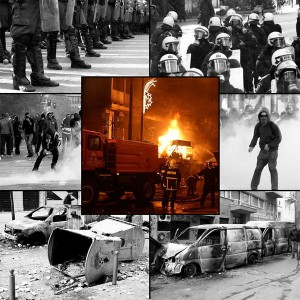 The unemployment rate in the eurozone is higher than it has ever been before.  This week we learned that eurozone unemployment came in at an all-time high of 12.2 percent for September.  Back in January 2012, it was sitting at just 10.4 percent.  So anyone that believes that “things are getting better” in Europe is just being delusional.  In fact, the economic depression in Europe just keeps getting deeper.  The funny thing is that the mainstream media will barely call what is going on in Europe a “recession” even though the unemployment rates in both Spain and Greece are now much higher than anything that the United States ever experienced during the “Great Depression” of the 1930s.  There haven’t been as many headlines about the financial crisis in Europe lately because the ECB has been papering over the debt problems of the periphery (at least for the moment), but the economic conditions on the ground for average Europeans just continue to get even worse.  Later on in this article, you will read about a 25-year-old Spanish man with three college degrees that moved to London in a desperate search for a job who is now cleaning up poop for a living.  The economic collapse of Europe continues to march on, and there is no end in sight.

All you have to do is look at the latest unemployment numbers to realize that things are getting worse in Europe.

In Italy, the unemployment rate is up to 12.5 percent.

In Greece, the unemployment rate is up to an astounding 27.6 percent.

In Spain, the unemployment rate is up to 26.6 percent.

The youth unemployment statistics in the eurozone are even more horrifying…

-The percentage of “bad loans” in Spain has soared to a new all-time record high.

-The number of mortgage applications in Spain has fallen 90 percent since the peak of the market.

-Citigroup is projecting that the unemployment rate in Greece will reach 32 percent in 2015.

-Over the last several years, Italy has experienced the biggest collapse in GDP growth that it has ever seen.  Overall, the GDP of Italy has contracted by about 8 percent since 2008.

-The number of unemployed workers in Cyprus is now five times higher than it was before the financial crisis of 2008.

-It is being projected that Spain’s debt to GDP ratio will rise to nearly 100 percent by the end of next year.

-The debt to GDP ratio of Portugal is already up to 123 percent.

-The debt to GDP ratio of Italy is already up to 127 percent.

-Even though Greece has implemented a whole host of “austerity measures”, the debt to GDP ratio of Greece is now up to 156 percent.

But what these numbers cannot really communicate is the tremendous amount of pain and despair that millions upon millions of Europeans are experiencing right now.

For example, consider the story of Benjamin Serra Bosch, a 25-year-old Spanish man that moved to London in a desperate search for a job.  He has three college degrees, including a Master’s Degree from the IEBS Business School in Barcelona.  The following is a rough translation of a message that he recently posted on Facebook…

My name is Benjamín Serra, I have two bachelor degrees and a master’s degree, and I clean toilets.

No, it is not a joke. I do it to pay the rent for my room in London.

I’ve been working in a famous chain of cafes in the United Kingdom since May, and for the first time today, after 5 months working there, I see it clearly. I have been cleaning toilets. My thought was: “I received distinction in my two degrees and I clean other peoples’ poop in a country that isn’t my own.” Well, I also make coffee, clean the tables and wash cups.

And I am not ashamed to do so. Cleaning is a very decent job. What embarrasses me is having to do so because no one has given me an opportunity in Spain. Like me, there are many Spaniards, especially in London. “You are a plague,” I was told once here. And let’s not kid ourselves. We are not young people on an adventure to learn the language and have new experiences. We are immigrants.

I’ve always been very proud, I am not going to deny. Those who know me, you know. And I have to bust out a smile at customers who look over my shoulder as I am simply a “barista” (as they call it here). Some are so outrageous that it makes me want to pull out my University and master degrees and put them in their face. But it would not really do anything.  It appears that those titles now only serve to clean the poop that I clean from the toilets in the cafe. A pity.

I thought that it deserved something better after putting so much effort in my academic life. It seems that I was wrong.

As economic conditions continue to decline all over Europe, anger and frustration with the “European experiment” continue to grow.  UKIP’s Nigel Farage expressed these sentiments very eloquently during a speech on the 23rd of October when he stated that “what we are saying, large numbers of us from every single EU member state is: we don’t want that flag, we don’t want the anthem that you all stood so ram-rod straight for yesterday, we don’t want EU passports, we don’t want political union.”

Unfortunately, the elite of Europe are so obsessed with their little experiment that the only “solutions” to these economic problems that they are even willing to consider involve even more European integration.

And Americans certainly should not be looking down their noses at what is happening in Europe.

What is going on in Italy, France, Spain and Greece will be coming here soon enough.  In fact, even during the midst of this so-called “economic recovery”, poverty continues to absolutely explode in the United States.

Economic conditions in both the United States and Europe have never even gotten close to where they were prior to 2008, and now the next major wave of the economic collapse is rapidly approaching.

This is just the beginning.  Things are going to get much worse in the years ahead.