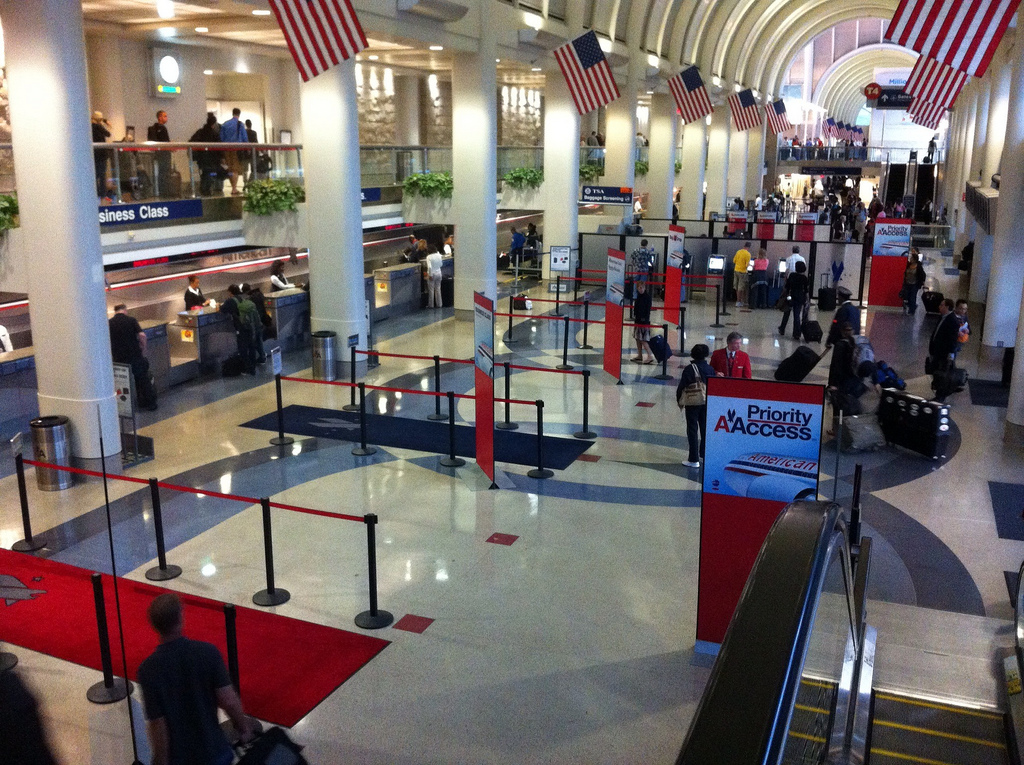 Was the LAX shooting a false flag? I don’t know. But with the information we have so far I think it is perfectly fair to bring up a couple of key points that could come into question.

Are you aware that LAX removed their armed airport police, which were in place for many years prior, and did so only a few months ago? If I were setting up a situation for a false flag to happen, getting rid of armed security might be a very good start.

Just a few months before the shootings at LAX on Friday, LAX administration removed armed police from their stations at TSA checkpoints, according to the Los Angeles Times. After 9/11, LAPD officers and airport police were armed and placed at checkpoints; months ago, they were moved to “roving patrols.”

According to airport police officer and president of the Los Angeles Airport Peace Officers Association Marshall McClain, staffing concerns led to the change. McClain said officers would respond within one or two minutes to crises, and added that while armed officers were in Terminal 3 during the shooting incident, they were not at checkpoints.

False flag or not I would say that the airport has a lot of explaining to do. I would think that safety would not be the place to make budgetary cuts. To a skeptical eye it almost seems like they were wanting something to happen.

Since an AR-15 has been mentioned as the possible weapon, I also think it is quite fair to mention Governor Jerry Brown and his recent veto of a Semi-Automatic Weapons Ban.

Tim Brown reported just two and a half weeks ago:

On Friday, California Governor Jerry Brown vetoed a bill that would have banned the sale of most semi-automatic rifles, which receive detachable magazines. However, what Governor Brown passed continues to infringe on gun owners’ rights.

While Brown did announce that he was signing other gun prohibition legislation on Friday, he rejected what is considered to be a centerpiece bill, which would have imposed some of the toughest restrictions on gun ownership.

SB374 was considered “too far-reaching” by Brown.

According to the legislation, it would have classified “a semiautomatic centerfire rifle that does not have a fixed magazine with the capacity to accept no more than 10 rounds as an assault weapon. The bill would require a person who, between January 1, 2001, and December 31, 2013, inclusive, lawfully possessed an assault weapon that does not have a fixed magazine, including those weapons with an ammunition feeding device that can be removed readily from the firearm with the use of a tool, and who, on or after January 1, 2014, possesses that firearm, to register the firearm by July 1, 2015. By expanding the definition of a crime, this bill would impose a state-mandated local program.”

For anyone who wants that ban pushed through the state this certainly might raise awareness for it. Right or wrong isn’t the issue. We have to remember that this is California where common sense would seem in short supply.

You know how gun grabbers tend to think. If this weapon was illegal then a criminal would have never been able to get it.

So was this a false flag? I don’t think we have enough evidence to talk about that seriously yet but it is certainly a matter of opinion.

Cutting back on security proves nothing.

Governor Jerry Brown’s veto might only prove that lots of people had a motive to bring a high profile semi-automatic weapon case to the forefront.

I have heard some suggest that this shooting might be a springboard for arming TSA officers. Why not? If we are going to train IRS officials with AR-15s then why wouldn’t we be arming the TSA? Before you know it we will be arming our local postal carriers and census takers.

This is America, where the new rule seems to be that every government worker should be packing heat. You never know when they might need to gun down one of those Christian Tea Party Terrorists we hear so much about.

It’s a frightening world we live in folks. No matter what this story might trigger nationally I think it’s pretty safe to say that Brown’s decision will come under intense scrutiny after the LAX incident. Considering he is already a liberal democrat I would not doubt that he waivers on the issue. It should not take a whole lot of pressure for him to reconsider his stance. Time will tell.

I’d look for more Nazi-style gun grabbing in California as a result of this incident, regardless of any national implications.