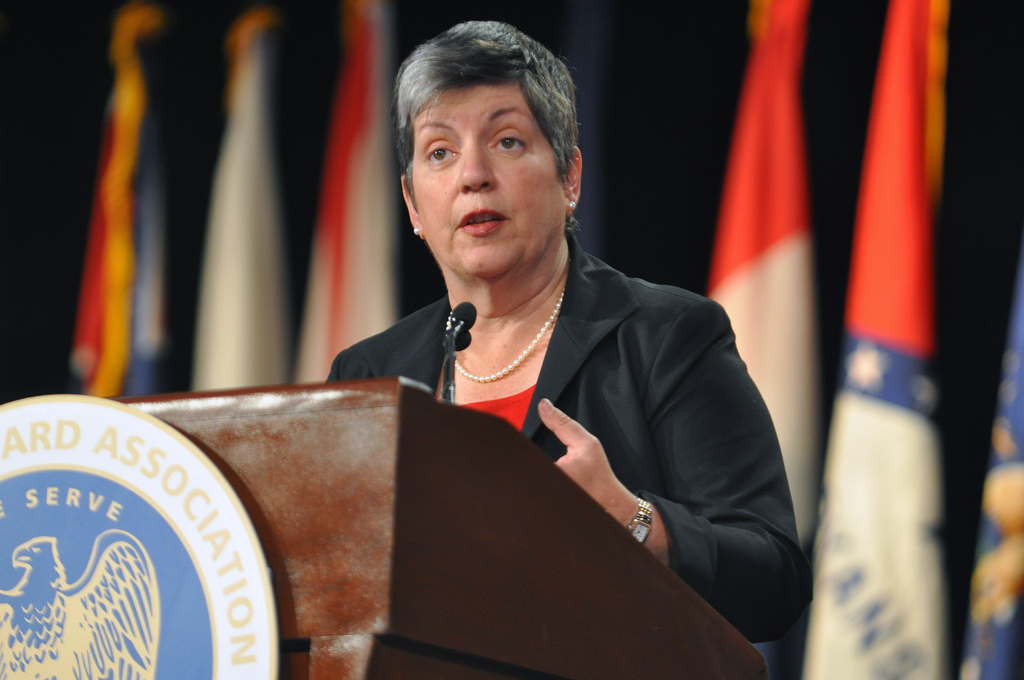 I think a lot of us were hoping that Janet Napolitano’s move to The University of California would take her out of the political eye. Not likely.

What is wrong with this picture? The person who was sworn to protect the interests of Homeland Security and protect our borders is now throwing money at those who violated those borders.

And they call me a conspiracy theorist?

In her first major speech since becoming president of the University of California last month, Janet Napolitano committed $15 million to three groups, including $5 million to help students in the country illegally with financial aid and counseling.

How is this even possible? Are Americans in such a complete stupor that we can not even recognize that all of Obama’s appointees and nominees are in place to destroy rather than protect? How can a woman go from being, arguably, the last line of defense for our borders to being the best friend of the people who broke the laws she was supposed to be upholding?

Does a woman just wake up one day and think… Gee, rather than trying to keep illegals out let’s just give them a free education to attract more?

This is simply more of the lie of the Obama Administration being revealed.

The move is seen by some as an olive branch to immigration reform activists, who have vocally criticized Napolitano’s appointment due to her role in deporting illegal immigrants when she served as the Obama administration’s head of the Department of Homeland Security.

By all means yes, let’s extend an olive branch to all of the people who are also trying to destroy our country. I like Campus Reform but in this case I feel that Timothy Dionisopoulos, the author, was way too soft.

We aren’t going to get anywhere until we start calling these things what they are.

Napolitano let immigration problems get out of control during her tenure. Her latest comments and actions would lead me to believe that this was not unintentional.

That $5 Million could have helped a lot of needy families who are legal and abide by the laws of this country. Are their kids an afterthought?

This is the country we live in. This is how they are ripping us apart and it has to stop. Do not for a minute think that this is harmless PR.

This is just another part of the overall agenda.