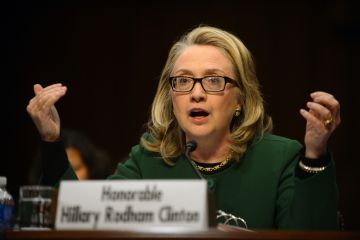 Well, it appears to me that Congressional Hearings in the United States are a waste of time, and I am amazed that we even bother anymore. We never learn anything. It’s as if they are used for political “gotcha” points, media propaganda, and/or political aggrandizement for the voters back home. Worse, the people they command to come before them often take the 5th Amendment, dodge the questions, tell us they think they don’t remember, or blame someone else – all the while promising to bring supporting documentation with them at a future point.

Now then, for all those reasons, I wonder if Congressional Hearings are a waste of time. In 2013 we had Congressional Hearings on the Benghazi Libya Embassy 9-11 Attack, on the IRS Tea Party political crack down, and ObamaCare website flop. Okay so, let’s take that last one as a quick example to support my hypothesis here today – that these hearings are a bad joke, waste of time, and never solve anything.

There was an interesting video and accompanying article on NBC News and MSNBC on October 30, 2013 titled; “Not in Kansas: Sebelius Hearing on ObamaCare went straight to Oz,” by Maggie Fox. Interestingly enough, after watching the Congressional hearings on CNBC business news, I got the impression that the head of the HHS – Human Health Services Administration wanted us to believe that “no one” is accountable for the bad ObamaCare launch, and yet, if no one is accountable, why is the taxpayer paying $600 million for a website services (over time) contract?

It’s not the contractors fault, it’s not the HHS’s fault, it’s not the head of the HHS Sebelius’ fault, and so, exactly whose fault is it? Oh, they tried to pin it on the usual suspects, their Tea Party nemesis, probably former President Bush, or the citizens for not operating the website correctly, but the reality is, this was nothing more than sound and fury, and we the people, are supposed to expect this sort of behavior and shut up about it, otherwise? Otherwise what? The IRS will come after us for not signing up?

What is the IRS going to do? Fine people, poor people who don’t sign up, what put them in debtor’s prison? Is the website for ObamaCare going to be fixed, oh probably – anytime soon, probably not. Will it ever work perfectly? Well, does anything the government is involved with work efficiently and correctly every time? No, should we expect these things to work right, probably not, but we should demand it anyway – it’s our money they are spending after all.

It’s just that another Congressional Hearing, where everyone dodges responsibility, blames everyone else – and everyone goes home thinking “glad that’s over” and the citizens are left scratching their heads tweeting WTH, isn’t doing anything for this great nation. Please consider all this and think on it.

Lance Winslow is the Founder of the Online Think Tank, a diverse group of achievers, experts, innovators, entrepreneurs, thinkers, futurists, academics, dreamers, leaders, and general all around brilliant minds. http://www.WorldThinkTank.net – Have an important subject to discuss, contact Lance Winslow. Lance also writes eBooks on all sorts of topics including this one, check out the selection.