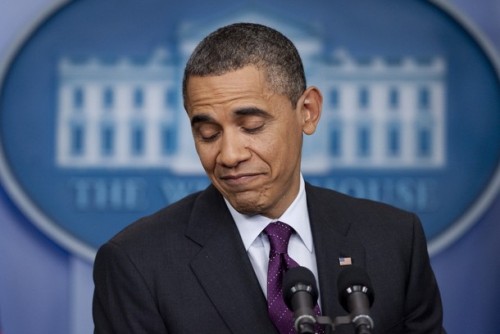 Would a Nobel Peace Prize winning president make boastful claims about his credentials as a killer? That is the allegation being set forth in a new book entitled “Double Down: Game Change 2012.”

A new book covering the 2012 presidential campaign uncovers a series of scathing remarks from political figures, but one alleged comment has stirred controversy around President Barack Obama and his administration’s use of targeted drone strikes.

The quote from the book was first reported in Peter Hamby’s review in the Washington Post.

The Bureau of Investigative Journalism estimates that a total of 2,528-3,648 people have been killed by CIA drone strikes in Pakistan since 2004, and between 416-948 of them being civilians. The group labels 326 of such events as “Obama strikes.”

For a man who seemed hell bent on retaliation for the deaths of innocent civilians in Syria, President Obama does not seem to take into account how many children he has sentenced to their deaths through drone strikes.

In 2012 Barack Obama was quoted as saying, “No country on earth would tolerate missiles raining down on its citizens from outside its borders.”

Evidently President Obama makes a distinction between missiles launched from hundreds of miles away and strikes that are delivered to the target’s doorstep courtesy of American drones.

Tim Brown reported on this very issue in September:

I’ll leave you with the warmongering of Barack Obama via drone strikes from PolicyMic from March of this year and ask yourself when the world will tire of his tyranny and begin dealing with us because of it.

Proponents of the drone war, including President Barack Obama, claim that drone strikes are precise and only target terrorists. But a study from Columbia Law School’s Human Rights Institute finds that the number of Pakistani civilians killed in drone strikes is “significantly and consistently underestimated” and that as many as 98% of those killed by drone strikes are civilians.

While it is ultimately impossible to get exact numbers, this means that for every “terrorist” killed by a drone strike, anywhere between 10 and 50 civilians are killed.

Read that sentence again. Let it sink in.

That constitutes at least 36 civilians per target.

Below is a video to reference the quote he made in 2012 about nations not tolerating missiles raining down on their citizens.

So the natural question for President Obama would be… If you are so good a “killing people” do those people have a right to defend themselves as well? Or does that only apply to the Israeli situation you spoke of?

Make no mistake, whether he made the alleged comments or not, Barack Obama is most definitely as much, or more, of a war monger as any President who preceded him.

In this case the “change” that American people were promised is just more of the same.