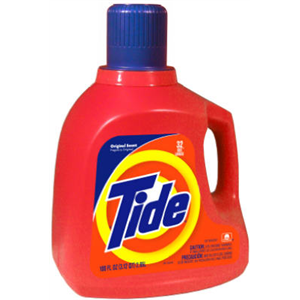 Desperate people do desperate things, and it appears that Americans are rapidly becoming a lot more desperate.  An epidemic of thievery is sweeping across America, and authorities are not quite sure what to make of it.  Down in Texas, cattle thieves can get up to $1,500 per head of cattle, and cattle rustling was up nearly 40 percent last year.  As you will read about below, cargo hijacking is becoming much more sophisticated, and it is being estimated that losses from cargo thefts will total about $216 million this year alone.  And for some reason, Tide laundry detergent has become a very hot commodity among common criminals all across America.  In fact, it is being reported that some grocery stores are “losing $10,000 to $15,000 a month” as a result of Tide thefts.  So why is all of this happening?  Well, as I have written about previously, crime is on the rise in the United States, and poverty is absolutely exploding.  In fact, according to the latest numbers from the U.S. Census Bureau, 49.2 percent of all Americans are receiving benefits from at least one government program each month.  Over the past five years, we have seen an unprecedented rise in the number of people that cannot take care of themselves without help from the government.  Millions upon millions of Americans that have been forced into poverty are becoming increasingly angry, frustrated and desperate.  And what we are watching right now is only just the beginning – all of this is going to get a whole lot worse.

When people think of the “social decay” that is happening to America, most of the time Texas and Oklahoma would not be the first places that come to mind.  But according to NPR, there was nearly a 40 percent rise in the theft of cows and horses down in that area of the country last year…

Ranchers saw a sharp jump in cattle rustling last year in Texas and Oklahoma. Over 10,000 cows and horses were reported missing or stolen. That’s an almost 40 percent increase from the year before. It’s a trend that’s surprised some in law enforcement.

Penalties against rustlers were toughened by Texas lawmakers in 2009. Now, the crime could put you in prison for up to 10 years. But ironically more and more cattle have gone missing or stolen since that law was passed.

Another trend that is baffling law enforcement authorities is the huge wave of cargo hijackings that they have been seeing.  According to a recent CBS News article, cargo thefts are becoming a lot more elaborate these days…

To steal huge shipments of valuable cargo, thieves are turning to a deceptively simple tactic: They pose as truckers, load the freight onto their own tractor-trailers and drive away with it.

It’s an increasingly common form of commercial identity theft that has allowed con men to make off each year with millions of dollars in merchandise, often food and beverages. And experts say the practice is growing so rapidly that it will soon become the most common way to steal freight.

You may not think that stealing truckloads of walnuts or cheese is a big deal, but the truth is that the dollar values of some of these thefts are absolutely staggering…

And this is not just happening in a few isolated locations.  We are literally seeing an epidemic of cargo theft that stretches from coast to coast…

Although cargo thieves prey on companies across the nation, the hot spots are places with shipping ports or rail hubs. California leads the nation. Large numbers of thefts have also been reported in Texas, Florida, New Jersey, Michigan, Illinois, Georgia, Pennsylvania and Tennessee.

Perhaps most fascinating of all is the wave of Tide thefts that is sweeping the nation.  The following is an excerpt from a New York Magazine article from earlier this year…

The call that came in from a local Safeway one day in March 2011 was unlike any the Organized Retail Crime Unit of the Prince George’s County Police Department had fielded before. The grocery store, located in suburban Bowie, Maryland, had been robbed repeatedly. But in every incident the only products taken were bottles—many, many bottles—of the liquid laundry detergent Tide. “They were losing $10,000 to $15,000 a month, with people just taking it off the shelves,” recalls Sergeant Aubrey Thompson, who heads the team. When Thompson and his officers arrived to investigate, they stumbled onto another apparent Tide theft in progress and busted two men who’d piled 100 or so of the bright-orange jugs into their Honda. The next day, Thompson returned to the store’s parking lot to tape a television interview about the crimes. A different robber took advantage of the distraction to make off with twenty more bottles.

So why are criminals so interested in Tide detergent?

Well, apparently it is heavily used as currency in the drug trade…

The Riverside Press-Enterprise says it’s a nationwide problem – people are stealing the popular but expensive detergent and trading it for marijuana and crack cocaine.

San Bernardino police Sgt. Travis Walker says detectives raiding dope houses in recent years were puzzled when they found lots of Tide. Turns out it wasn’t being used to make drugs but to buy them.

We live at a time when an increasing number of Americans will do just about anything for money.

Down in Florida, one mother was so desperate for money that she was actually prostituting her three teenage daughters.  Two of them were under the age of 18…

A St. Cloud mother was picked up Thursday on charges of serving as her three teenage daughters’ madam in a West U.S. Highway 192 prostitution ring, according to the Osceola County Sheriff’s Office.

At 2:30 p.m., Paula Howard flagged down an undercover detective acting as a “John” in front of a bus stop and arranged for him to have sex with one of her girls, ages 16, 17, and 18, an arrest record states.

The daughter agreed to perform the act for $20 and hopped into the car, telling the detective, “Oh yea. That’s my family, but don’t even worry about it. They know what I do,” the report states.

But haven’t you heard?

Everything is just fine in America.  Barack Obama and the mainstream media keep telling us that over and over, so it must be true.

I think that we got a glimpse into the true condition of America last month when a “technical glitch” caused the system that processes food stamp card payments to malfunction for a couple of hours.  A Time Magazine article described what happened at one Wal-Mart in Louisiana…

Customers cleared shelves and police were called in to control crowds taking advantage of suddenly unlimited spending allowed on their Electronic Benefits Transfer cards, which are issued to recipients of government food stamps. Spending limits on the cards were reportedly disabled for about two hours.

When a store in Springhill, La., announced over the loudspeaker that the glitch was fixed, shoppers simply abandoned loaded carts, according to Springhill Police Chief Will Lynd.

And similar “mini-riots” happened in a bunch of other locations as well.

For example, customers at one Wal-Mart in Mississippi just started taking groceries out of the store that they hadn’t paid for when their food stamp cards were not accepted…

Customers staged a disturbance then walked out of a Mississippi Walmart store with groceries that hadn’t been paid for Saturday night after a computer glitch left them unable to use their food stamp cards.

People in 17 states found themselves unable to buy groceries with their Supplemental Nutrition Assistance Program cards after a routine check by vendor Xerox Corp. resulted in a temporary system failure.

Keep in mind that all of this was caused by a “technical glitch” that only lasted for a few hours.

What would happen if there was a problem that lasted for much longer?

That is a sobering thing to think about.

And as I wrote about recently, all 47 million Americans on food stamps just had their benefits reduced on November 1st.  This is causing food banks all across the country to brace for a huge influx of needy people…

Food banks across the country, stretched thin in the aftermath of the recession, are bracing for more people coming through their doors in the wake of cuts to the federal food stamp program.

Food stamp benefits to 47 million Americans were cut starting Friday as a temporary boost to the federal program comes to an end without new funding from a deadlocked Congress.

Under the program, known formally as the Supplemental Nutrition and Assistance Program, or SNAP, a family of four that gets $668 per month in benefits will find that amount cut by $36.

In fact, the president of the Food Bank for New York City says that members of her organization “are panicking”…

As president of the Food Bank for New York City, Margaret Purvis expects those cuts will draw even more people to organizations that already provide 400,000 meals a day to hungry city folks.

“Our members are panicking,” she said as time wound down before the benefit decreases go into effect. “We’re telling everyone to make sure that you are prepared for longer lines.”

Purvis also told Salon.com that “when people cannot afford to eat food” it has the potential to start “riots”…

“If you look across the world, riots always begin typically the same way: when people cannot afford to eat food,” Margarette Purvis, the president and CEO of the Food Bank for New York City, told Salon Monday. Purvis said that the looming cut would mean about 76 million meals “that will no longer be on the plates of the poorest families” in NYC alone – a figure that outstrips the total number of meals distributed each year by the Food Bank for New York City, the largest food bank in the country. “There will be an immediate impact,” she said.

So will we see riots as a result of these food stamp cuts?

No, I do not believe that we will see riots yet.

But the volcano of anger, frustration and desperation that is simmering just below the surface of this country continues to get hotter.

Someday it will explode.

What will you do when that happens?

Michael T, Snyder is the Editor of The Economic Collapse Blog.