According to Turkish press reports, Turkey’s High Command will be hosting NATO’S Invitex military exercise in the Eastern Mediterranean in a clear act of provocation directed against Syria.

The Invitex-Eastern Mediterranean war games are scheduled from November 4 to 14.

Deafening silence. Not a single Western media has reported on these war games.

The official release by the TKS High Command suggests a war games scenario involving a regional war, under the assumption that the ongoing US-NATO-Israeli covert war on Syria could lead to military escalation. The countries considered to be a threat to Turkey and NATO are not mentioned.

According to the press dispatch of the Turkish Armed forces, various types of naval operations are envisaged. While the word “war” is not mentioned, the  stated objective consists in the “handling of a regional crisis”, presumably through military rather than diplomatic means.

The focus is intended “to enhance co-operation and mutual training between participant countries.” Reading between the lines this suggests enhanced military coordination directed against potential enemy countries in the Middle East including Syria and Iran.

A significant deployment of both naval and air power is envisaged. According to the TKS communique, the participant units are: 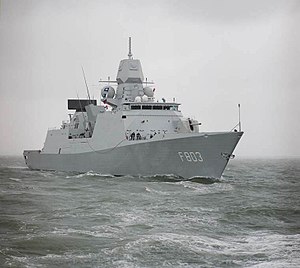 Frigates are used for amphibious operations and the landing of ground forces. To be noted, the war games include seven frigates, not to mention one landing ship, and an amphibious team.

SNMG 2 refers to Standing NATO Maritime Group 2, NATO standing maritime Immediate Reaction Forces. SNMG 2 is “a multinational, integrated maritime force – made up of vessels from various allied nations, training and operating together as a single team”.The NATO member states involved in the war games was not disclosed.

Of significance, these war games overlap with bilateral military exercises between Turkey and Jordan which include the participation of special forces from both countries.

These bilateral Turkey-Jordan war games have not been reported upon. They are scheduled to end on November 9. These bilateral military exercises are intent upon enhancing military cooperation between the two countries, both of which are using special forces in the training and hosting of rebel mercenaries.

The objective of the war games is to threaten Syria.

The two sets of war games will be coordinated.  What seems to be envisaged, in this regard, is a scenario of invasion of an unnamed enemy country from war ships stationed in the Eastern Mediterranean, supported by air power. This would be carried out in coordination with US-NATO and allied special forces on the ground operating out of Turkey and Jordan in support of Al Qaeda affiliated rebel forces.

Amply documented,  Turkey and Jordan are supporting the influx of both mercenary and covert special forces including death squads into Syria, respectively on Syria’s Northern and Southern border.

Is Russia threatened by these war game? Russia is an ally of Syria. It has a naval base in the Eastern Mediterranean operating out of the port of Tartus in Southern Syria.

In a bitter irony, coinciding with the NATO Invitex military exercises, NATO is conducting large-scale war games in proximity of the Russian border. The Ukraine, which is not a NATO country is participating in theese war games directed against Russia.

“The military exercise, called Steadfast Jazz, will see the Western alliance put 6,000 of its soldiers, mariners and airmen through their paces in Poland and in the Baltic Sea region from 2 to 9 November. … ”