This is jihad. This photo best illustrates the fanatasist policies of the Obama Administration and the West at large. The joke is on us. But it is the families of the victims that pay the ultimate price.

Pictured with the man who shot him dead moments later: RAF policeman grins alongside rogue Afghan policeman who opened fire on him and comrade Daily Mail November 5, 2013

An unwitting British soldier who posed for a photograph with a rogue Afghan policeman was shot dead by him seconds later.

Corporal Brent McCarthy, 25, is pictured with a member of the Afghan Uniformed Police just moments before the shooting.

After the snap was taken the gunman and another accomplice turned their weapons on the RAF policeman. 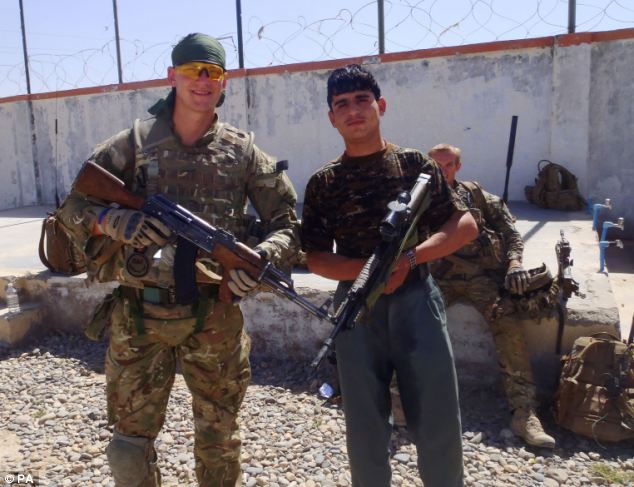 Corporal Brent McCarthy of McCarthy with a rogue Afghan policemen suspected of shooting dead him and L/Cpl Lee Davies (in the background), 1st Battalion Welsh Guards

His comrade Lance Corporal Lee Davies, 27, of the 1st Battalion Welsh Guards, who can be seen sitting grinning in the background of the photo, was also shot dead.

The pair were unlawfully killed while on active service, a coroner has ruled. 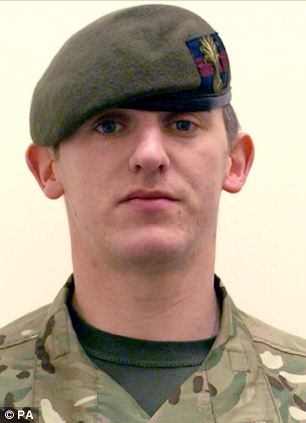 LCpl Davies, from Barry, South Wales, had remarked that the Afghan pictured had ‘wet himself’ – which may have indicated what was about to happen

A military inquest heard the pair both died of ‘unsurvivable injuries’ after being shot by close range gunshots.