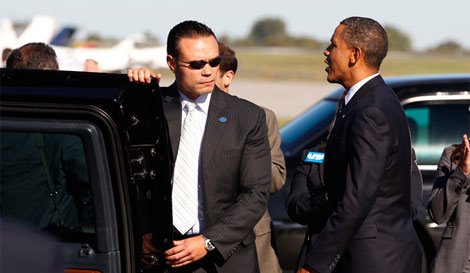 You may have your suspicions about what’s going on behind closed doors at the White House.

But according to one of President Obama’s former body guards it’s much worse than we can even imagine.

Dan Bongino has protected numerous Presidents over his career, including President Obama. He has been within ear-shot of many a discussion in the Oval Office, but up until this administration has stayed out of the lime light. Apparently, however, the activities of this administration are so abhorrent that he could no longer keep quiet.

Bongino is so upset with what he witnessed that he is now running for Congress because he feels it’s the only way to take America back from the sycophants who have made every effort to enrich themselves with money and power at the expense of the American people.

How bad is it?

We’re in a lot of trouble.

The President sees government – and I think it’s because of his lack of experience and maybe community organizing in the past – as this shiny new toy.

For all the disagreements I had with Clinton, Carter and Bush there were always limits… there was that line you just didn’t cross… We cross it seemingly every day. We’re lost in the scandals…

The Jamie Dimon shakedown at Chase… the HHS scandal.. Kathleen Sebelius shaking down the health care industry for money… the IRS… it’s to the point where these scandals in and of themselves would be huge back-breaking scandals [but] are just lost in the scandal fog of this administration…

It’s worse than people know… and I’m not trying to scare you either.

***Editor’s Note: This is a replacement video. The video we originally used was closer to a full length version but is no longer available. This is a sampling of excerpts from the interview and consequently some of the quotes contained in the article may not be found in the video. For instance, Bongino’s “It’s worse than people know” quote is in the video, but it cuts off before he tells us that he is not trying to scare us, which was basically a culmination of his thought. -Dean Garrison, Editor, D.C. Clothesline

This is coming from someone who has stood next to Presidents for his entire career.

The implications are absolutely terrifying, especially considering how bad the publicly known scandals already are. Can you imagine what’s happening outside the view of Americans?

This is not about Republican or Democrat, it’s about liberty, pure and simple, and this administration has done more to damage our individual rights than any that has come before it.

Bongino expresses this succinctly when discussing the NSA scandal and the administration’s use of the information acquired by government snoops all over the country.

When the line between the personal self and the public self… when that line is determined by the government that keeps your information in a trove for release any time they need it, how are you free?

..the bottom line is, having worked inside the government, it will be abused. It is only a matter of time.

If you’re not doing something wrong? The question is only whether your private wrongs that have no effect on anyone else become exposed for the government’s benefit.

…It’s only a matter of time before someone slaps an email on your desk from fifteen years ago… and says ‘look what we got against you.’

Remember, when the key is held by someone else liberty means absolutely nothing. That personal and private self are being evaporated.

Make no mistake. They – and that especially includes this administration and/or agents acting under their directives and initiatives – will use everything they can against you when it suits them.

The prerogative has always been to destroy anything or anyone who threatens the establishment. We’ve seen it time and again with this, as well as past, White House administrations and Congressional membership.

Now, more than ever before, they will start targeting those who speak out against them and jeopardize their agenda. 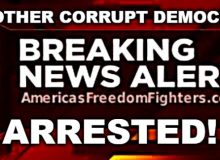