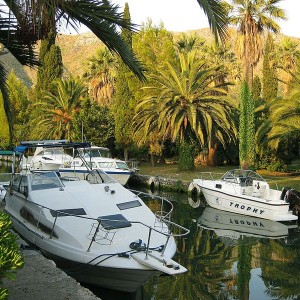 Did you know that 40 percent of all American workers make less than $20,000 a year before taxes?  And 65 percent of all American workers make less than $40,000 a year before taxes.  If you work on Wall Street, or have a cushy job with the federal government, or work for a big tech firm out on the west coast, life is probably pretty good for you right now.  But the truth is that most Americans are not living the high life.  In fact, most Americans are just trying to figure out how to survive from month to month.  For many Americans, making a choice between buying food for your family and paying the light bill is a common occurrence.  But if you don’t live in that America, hearing that people actually live like that may sound very strange to you.  After all, if everyone around you has expensive cars, the latest electronic gadgets and million dollar homes, the notion that America is in the midst of a very serious “economic decline” may seem very bizarre to you.

On Wednesday, the Dow hit a brand new record high, and Wall Street celebrated.  Since the financial crisis of 2008, stocks have been on an unprecedented run.  The top performers in the market have not just made millions of dollars – they have made billions of dollars.  Luxury apartments in Manhattan and beachfront homes in the Hamptons are selling for absolutely astronomical prices, and it seems like life in the good parts of New York City is one gigantic endless party these days.

Meanwhile, life is quite good down in Washington D.C. as well.  The wealth is spread more evenly, but on average the D.C. region actually has the highest standard of living of any major U.S. city.  The reason for this is the obscene growth of the federal government.  Over the past couple of decades, the U.S. government has ballooned in size and so have government salaries.  During one recent year, the average federal employee living in the Washington D.C. area received total compensation worth more than $126,000.

Out in the San Francisco area, Internet money is flowing like wine right now.  As I wrote about yesterday, top employees of companies such as Facebook and Twitter can make millions of dollars a year.  And if you were lucky to get a piece of the ownership of one of those companies at a very early stage, you are essentially set for life.

And with the Twitter IPO coming up, Internet euphoria is once again reaching a fever pitch.  For example, just check out what a 56-year-old administrative assistant said this week about why she is going to buy Twitter stock…

Is that how we should make our investment decisions from now on?

Just buy a stock because everybody’s talking about it?

That is the kind of insanity that is going on in “wealthy America” right now.

Unfortunately, the gap between “wealthy America” and “poor America” is greater than ever before.

If you live in “wealthy America”, what you are about to hear next will probably sound very strange.

CNN recently profiled a 44-year-old overnight prison guard named Delores Gilmore.  She works really hard, but a lot of times she simply does not have enough money to pay all of her bills…

Her life consists of going to work, taking care of her children, going to sleep, and then getting back up and repeating that same cycle once again…

“I’m not fooling anybody,” she told me. “I don’t have any friends. And that’s sad. … I go to work, come home, take them where they gotta go, if they gotta go somewhere, come back home, lay down, go to work.

Sadly, the truth is that tens of millions of Americans can identify with what she is going through on a daily basis.  In millions of families, both the husband and the wife work multiple jobs and it is still not enough.

If we truly did have a free market capitalist system, the entire country would be a land of opportunity and things would be getting better for everybody.  Unfortunately, that is not the case at all.  The following are 21 facts about “wealthy America” and “poor America” that are hard to believe…

#5 According to numbers that were just released this week, 49.7 million Americans are living in poverty.  That is a brand new all-time record high.

#6 In the United States today, the wealthiest one percent of all Americans have a greater net worth than the bottom 90 percent combined.

#7 Household incomes have actually been declining for five years in a row and total consumer credit has risen by a whopping 22 percent over the past three years.

#8 According to Forbes, the 400 wealthiest Americans have more wealth than the bottom 150 million Americans combined.

#9 The homeownership rate in the United States is at an 18 year low.

#10 The six heirs of Wal-Mart founder Sam Walton have as much wealth as the bottom one-third of all Americans combined.

#11 18 percent of all food stamp dollars are spent at Wal-Mart.

#12 According to the U.S. Census Bureau, the middle class is taking home a smaller share of the overall income pie than has ever been recorded before.

#13 It is hard to believe, but right now 1.2 million students that attend public schools in America are homeless.  That number has risen by 72 percent since the start of the last recession.

#14 One recent study discovered that nearly half of all public students in the United States come from low income homes.

#16 U.S. families that have a head of household that is under the age of 30 have a poverty rate of 37 percent.

#17 At this point, one out of every four American workers has a job that pays $10 an hour or less.

#18 Today, the United States actually has a higher percentage of workers doing low wage work than any other major industrialized nation does.

#19 Approximately one out of every five households in the United States is now on food stamps.

#20 The number of Americans on food stamps has grown from 17 million in the year 2000 to more than 47 million today.

So which America do you live in?  Please feel free to tell us what is going on in your neck of the woods by posting a comment below…