We won New Jersey…sort of. We lost Virginia by a hair…a hair split by an anything but Libertarian candidate put into the race strictly to fracture the Republican vote.

And fracture it he did for if Robert Sarvis’ 6.6% of the vote had gone over to Cuccheneli, Virginia would have turned RED…but he ran just so that would NOT become reality.

But in New Jersey…the Garden State…sitting Republican Governor Chris Christie steam-rolled over his opponent, Democratic State Senator Barbara Buono, by over 20 points, securing a second term in office. Sounds good on the surface but one needs to look deeper as Christie is the epitome of the proverbial RINO…a RINO with presidential aspirations…and a RINO is the last thing we need in the White House following the disaster that is the Obama presidency.

Yet Christie became the first ‘so-called’ Republican in 25 years to win more than 50% of the New Jersey vote by bringing minorities, women, and Democrats…who outnumber Republicans among registered voters by more than 3 to 2…to his side in what has become known as ‘pragmatic bipartisanship’…a modus-operandi where it’s now been deemed politically correct to begin the so-called ‘healing process’…a process where despite obvious political differences both parties can, should, and must work together for mutually agreeable policies that benefit ‘We the People’ they were elected to serve.

Ummm…aren’t we supposed to that at all times NOT just when it’s been deemed politically correct to do so…just saying.

So while it does sound good in theory the reality is that ‘pragmatic bipartisanship’ when used by a RINO becomes the sell-out of core Republican principals and values replacing them with the touchy-feely nonsense that is the hallmark of the Democrats, but it worked for Christie in his left-leaning state that Obama carried by more than 17 points in 2012.

And it’s sad to say but when it’s all said and done we have to take our ‘wins’ wherever we can, so better a RINO for New Jersey’s governor than an out-and-out progressive Democrat I guess.

Now as for Virginia, there I have a real bone to pick for we had a chance to turn Virginia RED and due to entrance of a Democratic ‘plant’ into the governor’s race Virginia became a rub it in our faces BLUE.

Democrat Terry McAuliffe was elected Virginia’s governor by a margin of 48% to 46% (1,066,149 to 1,010,929) over Ken Cuccinelli, Virginia’s conservative attorney general. And while Virginia has historically been a conservative-leaning ‘swing state’…a state that backed every Republican presidential candidate from Richard Nixon through George W. Bush and in 2009 elected a Republican governor by 59% to 41%…the entrance of ‘supposed’ Libertarian candidate Robert Sarvis into the race spoiled the election for Cuccinelli, who would have won as most of Sarvis’ 6.6% of the vote would have been added to his total (145,762 in actual numbers).

McAuliffe was able to win basically because he ran a highly financed negative campaign (outspending Cuccinelli by over 15+million dollars). By saying over and over ad-nauseum that Cuccinelli was a social conservative who was anti-woman because he vehemently opposed abortion, McAuiffe was able to garner the women’s vote by a 51-42 margin. And by also constantly repeating that Cucchinelli refused to admit that it was the Republicans who were to blame for the recent government shutdown, McAufliffe was able to play to the heavily populated Northern Virginia area, where many work for the government or for government contractors.

But truth be told it was both ‘anything but Libertarian’ Robert Sarvis and a lack of support… including the all important and much needed financial support…by his own Republican Party that cost Cuchinelli the election. Using tactics more Democratic than Libertarian, Sarvis, kept demeaning Cuccinelli’s social issue positions instead of focusing on the Libertarian agenda of small government and individual liberties, leading many to rightfully believe he was ‘planted’ in the race by the Democrats who knew the election was NOT a sure deal after the ObamaCare website and insurance policy cancellation fiascoes.

In fact, software billionaire Joe Liemandt, a Democratic Party benefactor and Obama campaign bundler, helped pay professional petition circulators to get Robert Sarvis on the ballot as the Libertarian candidate for NO other purpose than to split and syphon off the Republican vote…split and cause friction between the old guard Republican establishment base and the new true conservative Republican grassroots movement…AKA TEA Party Republicans. 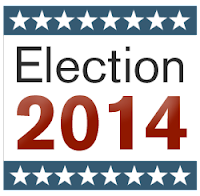 And after proving just how successful base splitting was in Virginia with the insertion of unknown Sarvis into the governor’s race, come 2014 and 2016 this base splitting might be the ultimate Democratic strategy they will use anytime a race seems a bit too close for comfort so listen up people…NO third party candidate must be allowed to split the vote ever again…they simply cannot win so voting for a third party candidate is an actual wasted vote or worse yet…a vote for the Democratic opponent.

As for Republicans, especially high ticket Republican donors who stabbed Cucchineli in the back by NOT contributing more to his campaign when ObamaCare went sour…something they should have seen coming…something that allowed the race to tighten up so much so that what was once felt to be unwinnable was now very much winnable as the ObamaCare nightmare allowed Cuccinelli to close the gap between him and McCauliffe to withing a mere 3-points, and pouring money into his campaign even at that late date just might have made a difference in the election’
s outcome.

So like I said in the beginning we win some…we lose some…but if we are to take our country back we must start winning more than we lose…and we must do it by supporting TEA Party Republicans over old guard establishment Republicans who are more RINO than true conservatives…and we must turn our backs on all third party candidates, period…and I do mean…period.