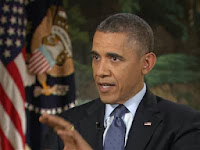 All presidents LIE at one time or another during their presidency and they usually pay a steep price for their LIE even when issuing an apology…and the ultimate LIE that has brought the credibility of Barack HUSSEIN Obama into question might finally be the LIE whose consequences comes back to haunt the media anointed ‘savior’ of us all.

Herbert Hoover LIED while America was on the verge of economic collapse. “The fundamental business of the country, that is, production and distribution of commodities, is on a sound and prosperous basis.” Four days later on October 25, 1929 the stock market crashed, depression followed, and Hoover’s political career was over.

“We still seek no wider war” LBJ said after the Gulf of Tonkin incident in August 1964, yet the bloody Viet-Nam War escalated right after these words were spoken…and LBJ did NOT seek a second term.

“Read my lips: no new taxes.” This infamous LIE also cost George HW Bush a second term in office, because he broke his promise and raised taxes on the American people.

“I did not have sexual relations with that woman.” “That depends on what the meaning of ‘is’ is.” Bill Clinton and cigars forever infamously joined together as he LIED under oath about an affair with intern Monica Lewinsky…a LIE that led to his impeachment and tarnished his legacy.

But these LIES and their soon to follow apologies…apologies issued by honorable men compared to the man currently occupying the White House…pale in comparison to the LIES told time and again and to yesterday’s apology that was anything but for he American people have been taken for a ride by a pathological LIAR named Barack HUSSEIN Obama…a man who calculatingly crafts his words…his LIES…to inflict as much pain on ‘We the People’ as he possibly can.

And here are but a mere few of his infamous LIES told over just the past few years…in early 2010 Obama claimed the southern border fence was, and I quote, “basically complete.” He LIED because as of today the Congressional agreed to 700 mile long fence is still NOWHERE near completion…“I said Benghazi was a terrorist attack from the beginning.” NO he’s LYING because for weeks he claimed the attack that killed four Americans was in response to an amateur YouTube video…“First of all, I didn’t set a red line, the world set a red line.” YES he did say he set a red line as he tried to ‘up’ Benjamin Netanyahu’s ‘red line’ words concerning Iran’s nuclear program…“The NSA is not abusing its power.” Oh YES it is as they continue to spy on both American citizens and on foreign leaders.

But these LIES are NOTHING compared to the mother lode of all his LIES…a LIE Obama repeated in countless speeches, campaign rallies, and town hall meetings across America…a lie spoken of in numerous NOTHING but photo-op press conferences…a LIE claiming that Americans who are satisfied with their health insurance plans could keep them even after ObamaCare took full effect at the beginning of next year.

“If you like your health care plan, you will be able to keep your health care plan. Period. No one will take it away.” And with that LIE Obama’s poll numbers came tumbling down below the critical 40% mark…and rightly so as to date over four million Americans (with that number projected to go upward of 125 million) were cancelled from the private insurance policies that they liked…that met their needs…and that they could afford…and all because of Obama’s LIE. 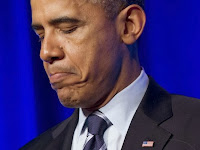 And now changing his words to “If you had one of these plans before the Affordable Care Act came into law and you really liked that plan, what we said was you can keep it if it hasn’t changed since the law passed” just adds another layer to his original LIE…a LIE recorded on tape 29 or more times and countless times in print…each showing that is NOT what Obama said.

Guess what…that is NOT an apology…that is NOTHING but hollow meaningless words… meaningless because the words everyone was waiting to hear…the words ‘I LIED’…NEVER crossed Obama’s lips.

And why didn’t they…simply because Obama’s only “regret” is that he was caught in a LIE but does NOT “regret” that he told that LIE.

Still NOT taking responsibility for his actions or his words, Obama said, “I am sorry that they are finding themselves in this situation based on assurances they got from me” but that does NOT make right the fact that he and his administration knew since the summer of 2010 that millions of Americans would lose their insurance under the ObamaCare law, and yet he still chose to bold-face LIE to the American people anyway just so he could get this nightmare of a health care law passed through Congress.

And of course the Obama’s spin meisters immediately chimed in to try to neutralize Obama’s weak apology…after all any apology NO matter how weak makes the media anointed ‘savior’ of us all appear weak and vulnerable. Saying Obama did NOT mislead the American people because the law could not have accounted for insurers altering existing plans after passage of the law just adds to the anger millions of Americans are feeling right now.

Feeling anger and rightly so as Obama’s apology itself was a LIE. Saying he had “NOT purposely misled anyone”…that it was always his intention that no one should lose a plan they wanted to keep…he kept saying that most people who are forced off their current plan will be able to find new insurance that is cheaper and provides better coverage. And that right there is the biggest LIE of all for those who have perused the ObamaCare exchanges…those who have successfully navigated the disastrous Healthcare.gov website…have said that the policies offered were more expensive than the ones they were cancelled from and included provisions they did NOT need or want.

But thankfully the truth about this apology came out in a misspeak…for in having NO teleprompter to guide him the true reason for his anything but an apology slipped out unfettered for during the interview…Barack HUSSEIN Obama…the most narcissistic of all presidents had the audacity to say, “I’ve been burnt…” then fast corrected it to “the American people have been burnt…”

And that my friends says it all for this miserable excuse of a president and his miserable excuse of an apology was NEVER meant to be about the harm he inflicted on ‘We the People’ but was always intended to be about the harm ‘We the People’ supposedly inflicted on him by NOT marching in lockstep and embracing his equally miserable health care law that most people do NOT want, do NOT need, and cannot afford.

And to that I say…period.