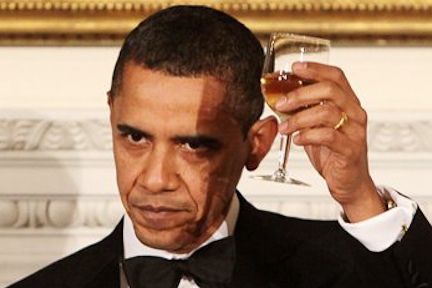 Barack Obama has seen his signature health care law passed, which has been a dismal failure, though one could rightly argue that failure was his intent all along. He has seen gun prohibition laws vanquished in light of an uprising of American patriots. Now, it appears that Obama is set to define his second term in office as one of pushing a hoax of climate change legacy.

But there’s one thing that’s going right for Obama: Executive action on climate change is moving full-speed ahead at the Environmental Protection Agency (EPA).

“He may be able to do more through climate change [rules] because the EPA has the authority,” Sen. Richard Blumenthal (D-Conn.) told The Hill on Thursday.

“I think climate change, immigration reform are both sort of legacy issues,” Blumenthal said. “The measure of his presidency will be whether he has left changes in law and regulation, but also a heightened awareness, which I think he has been doing.”

Princeton University professor Julian Zelizer said the push on climate change through executive action could shape Obama’s legacy — but only to a point.

“There are limits to what it will mean to his presidency,” said Zelizer, who teaches history and public affairs.

Well now, we know that Barack Obama is not one to be held to limits, at least limits that he cannot bully his way around.

Obama has declared war on the coal industry, but that didn’t happen recently. It happened before he even took office, and that war is not just on coal, but the American people who will feel the brunt of that war in the rise of their energy costs.

Recently, Obama was blasted by scientists for crafting his policy based on faulty computer models rather than actual science. He has also used executive orders to advance new regulations to finish off the coal industry, which he hates with a passion.

Near the end of October, Obama’s EPA forced the shutdown of a 60 year old coal plant in Utah.

However, the regulations of Obama’s EPA are not without challenges and of course these will go into the next president’s term.

Jeff Holmstead, a partner at Bracewell & Giuliani who was the top air pollution regulator at the EPA under President George W. Bush, said, “Even if EPA is able to stay on schedule and sign the final … rule by June of 2015, it is very unlikely that litigation over the rule will be resolved before the President leaves office.”

According to Holmstead, there would be “years of litigation” on existing power plant rules, involving “possibly as many as 50 different lawsuits in every U.S. Circuit Court in the country.”

According to Mr. Zelizer, “[Administrative actions] don’t have the same kind of impact in defining a president as big legislative accomplishments and they are more susceptible to being overturned. The next president can change them. That’s always the problem.”

Personally, there is only one thing that defines this president. The term is commonly known as liar. He can also be defined as a radical, a socialist, and he most definitely sympathizes with Muslims. Some wonder why he can be attributed with all of these qualities and even communism. I’ll tell you, it’s because that is how his ideology has been shaped. Though this man claims in vain to be a Christian, nothing of Christianity has shaped Barack Hussein Obama, not one thing.

The reality is that climate change has been debunked. It is a hoax, a fraud, a mirage. Yet, Obama and others like him continue to promote it as truth. They live in a fairly tale. What gives me some hope is that they have not sold the climate change bill of goods to the American people at large.

According to a Pew Research Center poll, conducted in the middle of October, only 44% of US adults believe that “global warming” is caused by human activity.

Pamela Geller has rightly written of Obama’s power grab, “Obama’s power-lust, like all power-lust, is a weed that grows only in the vacant lot of an abandoned mind (paraphrasing Ayn Rand here).”