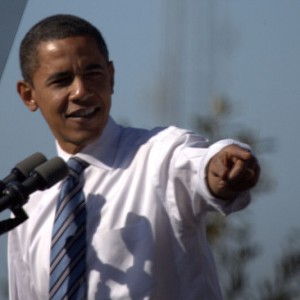 Have you ever cried yourself to sleep because you had no idea how you were going to pay the bills even though you were working as hard as you possibly could?  You are about to hear from a single mother that has been there.  Her name is Yolanda Vestal and she is another victim of Obama’s “economic recovery”.  Yes, things have never been better for the top 0.01 percent of ultra-wealthy Americans that have got millions of dollars invested in the stock market.  But for most of the rest of the country, things are very hard right now.  At this point, more than 102 million working age Americans do not have a job, and 40 percent of those that are actually working earn less than $20,000 a year in wages.  If we actually are experiencing an “economic recovery”, then why is the federal government spending nearly a trillion dollars a year on welfare?  And that does not even include entitlement programs such as Social Security and Medicare.  We live in a nation where poverty is exploding and the middle class is shrinking with each passing day.  But nothing is ever going to get fixed if we all stick our heads in the sand and pretend that everything is “just fine”.

What you are about to read is an open letter to Barack Obama that has gone absolutely viral on the Internet in recent days.  It is a letter that a single mother named Yolanda Vestal posted on her Facebook page, and it has really struck a nerve because countless other young parents can clearly identify with what she is going through.  The following is the text of her letter…

I wanted to take a moment to say thank you for all you have done and are doing. You see I am a single Mom located in the very small town of Palmer, Texas. I live in a small rental house with my two children. I drive an older car that I pray daily runs just a little longer. I work at a mediocre job bringing home a much lower paycheck than you or your wife could even imagine living on. I have a lot of concerns about the new “Obamacare” along with the taxes being forced on us Americans and debts you are adding to our country. I have a few questions for you Mr. President.

Have you ever struggled to pay your bills? I have.

Have you ever sat and watched your children eat and you eat what was left on their plates when they were done, because there wasn’t enough for you to eat to? I have.

Have you ever had to rob Peter to pay Paul, and it still not be enough? I have.

Have you ever been so sick that you needed to see a doctor and get medicine, but had no health insurance because it was too expensive? I have.

Have you ever had to tell your children no, when they asked for something they needed? I have.

Have you ever patched holes in pants, glued shoes, replaced zippers, because it was cheaper than buying new? I have.

Have you ever had to put an item or two back at the grocery store, because you didn’t have enough money? I have.

Have you ever cried yourself to sleep, because you had no clue how you were going to make ends meet? I have.

My questions could go on and on. I don’t believe you have a clue what Americans are actually going through and honestly, I don’t believe you care. Not everyone lives extravagantly. While your family takes expensive trips that cost more than most of us make in two-four years, there are so many of us that suffer. Yet, you are doing all you can to add to the suffering. I think you are a very selfish and cold hearted man, who does not care what is best for the people he was elected by (not by me) to represent, but more so out for the glory of your name attached to history. So thank you Mr. President, thank you for pushing those of us that are barely staying afloat completely under water and driving America into the ground. You have made your mark in history, as the absolute worst and most hated president of the United States. God have mercy on your soul!

These are the kinds of emotions that millions of American parents are wrestling with on a daily basis.  Many of them are working as hard as they possibly can and yet still find themselves unable to adequately provide for their families.

And now that food stamps are being cut back, more of them than ever are going to be forced to turn to food banks for help.  The following is what the head of a large food bank in Casper, Wyoming told one local newspaper about the increase in demand that he is witnessing in his area…

Across the state, food banks and other related programs aiming to feed the needy are worried the supply to meet the uptick in need during the holiday season won’t meet the growing demand for food caused by the expiration of SNAP benefits.

“People are scared to death of the lack of food availability,” Martin said.

Martin called Joshua’s Storehouse a reliable barometer for measuring the rate of need in Casper. The number of people using the food bank skyrocketed before the reduction in SNAP, he said.

And of course this is not just happening in rural areas either.  Margarette Purvis, the head of the largest food bank organization in New York City, says that she is anticipating a huge surge in demand and that veterans are being hit particularly hard…

“On this Veterans Day, when we’re waving our flags — I need every New Yorker to know — 40 percent of New York City veterans are relying on soup kitchens and pantries.”

Purvis says that there are 95,000 vets relying on food banks in New York City alone.

That is a lot of people.

And while Barack Obama may trot out a few vets on national holidays and promise that “we will never forget” them, the truth is that most of the time the federal government treats our military veterans like human garbage.  If you doubt this, please see my previous article entitled “25 Signs That Military Veterans Are Being Treated Like Absolute Trash Under The Obama Administration“.

Meanwhile, anger and frustration with the economy are starting to rise to very dangerous levels in this nation.

In a previous article, I noted that violent crime in America rose by 15 percent last year.  One of the primary reasons for this is the economic despair that we see in our streets.

As the economy gets even worse, people will become even more desperate.  We will start to see even more flash mob crimes like we saw in Chicago recently.  Posted below is a video news report that shows footage of a flash mob in Chicago dragging entire racks of merchandise out of a Sports Authority store…

When you watch stuff like this, it helps to explain why demand for armored vehicles among the ultra-wealthy in America is skyrocketing.

Unfortunately, most Americans cannot afford armored vehicles and walled vacation homes in the middle of nowhere.

Most Americans are going to have to live right in the middle of all of this as it happens.

A volcano of anger, frustration and despair is simmering just below the surface in America.

When that volcano finally erupts, it is going to be a very frightening thing to behold.