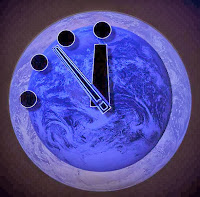 He betrayed us with ObamaCare…now he wants to betray our country itself…betray our safety and hence our freedom by negotiating with the enemy…yet again.

Cleverly and calculatingly pocketing phony gestures of wanting peace through ‘supposed’ nuclear disarmament…gestures that they have NO intention of keeping…Iran will soon get its way if Obama gets his…and will become a defacto military power in the Middle East.  And it’s all because Barack HUSSEIN Obama is more than willing to accept an Iranian dictated, limited, and temporary halt of their nuclear program in exchange for the lifting of sanctions against them.

I think this sums it up quite well…our president (gag) is actually willing to jeopardize America’s (and Israel’s) safety to try and salvage his legacy of failure because he keeps pushing to accept whatever Iran…our enemy…wants.

Thankfully France…socialist France of all countries…had the good sense and backbone to stand strong by objecting to the draft agreement…a ‘sucker agreement’ French Foreign Minister Laurent Fabius called it…saying in NO way did it go far enough to contain Iran’s nuclear ambitions…did NOT go far enough on the disarmament end. In fact, France wants Iran to only have uranium enriched to five per cent…which is still considered reactor grade fuel…meaning upgrading it to weapons-level would take much longer than for the 20 per cent enriched uranium which is what Iran wants.  And so they did what Obama…via John Kerry did NOT…for France implied in NO uncertain terms, ‘Iran must give up ALL its nuclear ambitions or it gets NOTHING’.

Remember, the whole point of these talks was to stop the Iranian-led nuclear arms race in the Middle East, and it’s doing just the opposite as Saudi Arabia has already placed orders with Pakistan for nukes.

So once again Barack HUSSEIN Obama built another standoff and completely owns what’s now a very possible doomsday scenario for the mere fact of his proposing negotiations…of his accepting a compromise of any sort…all shows his acceptance of Iran as a nuclear power.

And that is NOT good NOT good at all, because as Israeli Prime Minister Benjamin Netanyahu recently said, “Iran gives practically nothing and gets a hell of a lot in return.”  And the man whose country has the most to lose if Iran is successful in its quest for nuclear weapons is absolutely right…as he usually is…for if Iran is successful in manipulating Obama and his mouthpiece John Kerry into doing their bidding they will soon be in possession of a nuclear bomb that will be pointed directly at Israel.

And while the talks have collapsed with NO deal being reached…as in the sanctions for now stay in place…they are scheduled to begin anew on November 20th between the six world powers* and Iran…as in if you don’t succeed at first try…try…again.  And I’m talking about Iran trying again NOT the United States standing strong against them.

And even with the collapse of the talks, Secretary of State John ‘Swiftboat’ Kerry had to get the last words in…the last words of a pandering sniveling coward…and say that “significant progress” had been made on the remaining differences.

Fact…NO real significant progress was made in the eyes of France…nor in the heart and soul of Israel…as France would NOT back down on their concerns over Iran’s plutonium project and the level of their uranium enrichment program…a program where, like I said above, they wanted to limit Iran’s uranium enrichment capabilities to levels that would require substantial further enriching before it could be used as the core of a nuclear weapon…and in their wanting tougher constraints on the Arak reactor that could produce enough plutonium for several nuclear weapons within a year of it going online.

And you can guess why Iran said NO to either of France’s demands…in a word…Israel.

But Kerry…as anti-Israel as is Obama…was NOT concerned about these important issues and was more than willing to cower in appreciation to Iran’s throwing of a tidbit of a ‘temporary halt’ in their nuclear ambitions and with NO mention of dismantling any of its reactors or toning down its anti-Israel rhetoric.

And while Iran still bloviates over and over that it’s nuclear wants are strictly for medical and energy needs, we know that Iran could turn the material it has on hand into the core of nuclear warheads. Remember, they currently run more than 10,000 centrifuges that have created tons of fuel-grade material that can be further enriched to arm nuclear warheads, including the 440 lbs of higher-enriched uranium they already have that’s in a form that can be turned into weapons even more quickly.

So the bottom line is this…while last week in Iran the lunatic clerics had thousands marching in lock-step spewing the usual rhetoric of “Death to America” and “Death to Israel,” Secretary of State John ‘Swiftboat’ Kerry…doing Barack HUSSEIN Obama’s bidding of course…was trying to negotiate a deal with our enemy Iran to allow for the easing of crippling but successful international sanctions against them in return for Iran agreeing to temporarily halt its aspirations of being a nuclear power…agreeing with their fingers crossed behind their back that is.

And while the negotiations failed right now thanks to the French having common sense to realize that Iran was playing the West for fools…John Kerry was bloviating that a deal was close and that he and the Iranians would be meeting again on November 20th.

And to that I say ‘Heaven help us all’ for if a deal of any sorts is reached the doomsday clock gets set…and does so with Iran setting the timer.