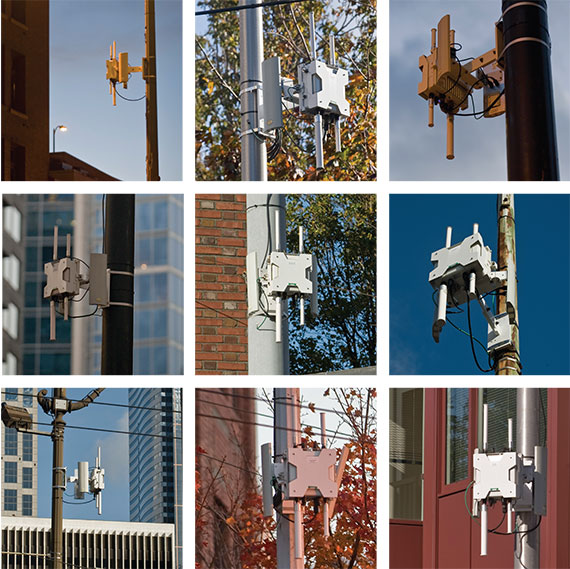 The Big Brother control grid is constantly growing and expanding all over America.  Right now, a “wireless mesh network” is in the process of being installed in Seattle that some believe will ultimately have the capability of tracking the location of every wireless device in the city.  If you live in downtown Seattle, just look for the little off-white boxes that are being attached to utility poles all over the place.  You can see a bunch of pictures of these little boxes right here.  Meanwhile, other major U.S. cities have been installing vast networks of surveillance cameras and listening devices.  We are being told that such measures will help police “solve more crime”.  We are being told that such measures will “keep people safe”.  But what about our privacy?  Doesn’t that count for something?  What about the Fourth Amendment?  Are our most cherished liberties and freedoms going to be thrown into the trash just because we live “in a more dangerous world”?

The Stranger is a Seattle newspaper that recently did a major story about this “wireless mesh network” that has been going up all over the city.  What they found out is extremely disturbing…

If you’re walking around downtown Seattle, look up: You’ll see off-white boxes, each one about a foot tall with vertical antennae, attached to utility poles. If you’re walking around downtown while looking at a smartphone, you will probably see at least one—and more likely two or three—Wi-Fi networks named after intersections: “4th&Seneca,” “4th&Union,” “4th&University,” and so on. That is how you can see the Seattle Police Department’s new wireless mesh network, bought from a California-based company called Aruba Networks, whose clients include the Department of Defense, school districts in Canada, oil-mining interests in China, and telecommunications companies in Saudi Arabia.

The question is: How well can this mesh network see you?

How accurately can it geo-locate and track the movements of your phone, laptop, or any other wireless device by its MAC address (its “media access control address”—nothing to do with Macintosh—which is analogous to a device’s thumbprint)? Can the network send that information to a database, allowing the SPD to reconstruct who was where at any given time, on any given day, without a warrant? Can the network see you now?

The Seattle police did not want to talk to the newspaper about this.

Neither did the Department of Homeland Security.

After reviewing Aruba’s technical literature, as well as talking to IT directors and systems administrators around the country who work with Aruba products, it’s clear that their networks are adept at seeing all the devices that move through their coverage area and visually mapping the locations of those devices in real time for the system administrators’ convenience. In fact, one of Aruba’s major selling points is its ability to locate “rogue” or “unassociated” devices—that is, any device that hasn’t been authorized by (and maybe hasn’t even asked to be part of) the network.

Which is to say, your device. The cell phone in your pocket, for instance.

Will these kinds of systems soon be going up in major cities all across the country?

Meanwhile, it has also been revealed that very powerful listening grids have been installed in more than 70 cities around the country…

The Washington Post recently published a feature length article on gunshot detectors, known as ShotSpotter, which detailed how in Washington DC there are now, “at least 300 acoustic sensors across 20 square miles of the city,” microphones wrapped in a weather-proof shell that can detect the location of a sound down to a few yards and analyze the audio using a computer program.

While the systems are touted as “gunshot detectors,” as the New York Times reported in May 2012, similar technology is already installed in over 70 cities around the country, and in some cases it is being used to listen to conversations.

“In at least one city, New Bedford, Mass., where sensors recorded a loud street argument that accompanied a fatal shooting in December, the system has raised questions about privacy and the reach of police surveillance, even in the service of reducing gun violence,” states the report.

That same article from Infowars.com also discussed the “Intellistreets” lighting systems that are being installed around the nation that are capable of listening to and recording conversations on a massive scale…

As we have also previously highlighted, numerous major cities in the Unites States are currently being fitted with Intellistreets ‘smart’ street lighting systems that also have the capability of recording conversations and sending them directly to authorities via wi-fi.

As we reported on Sunday, the Las Vegas Public Works Department has begun testing the devices, which act as surveillance cameras, Minority Report-style advertising hubs, and Homeland Security alert systems. As ABC 7 reported in 2011, they are “also capable of recording conversations.”

If you are reading this article in the downtown area of a major U.S. city, there is a good chance that you are surrounded by a whole host of surveillance cameras, listening devices and automated license plate readers.  The authorities probably already know more about you and your movements than you ever dared to imagine.

And soon we will have thousands of surveillance drones constantly watching us from the skies above.  According to the Washington Times, the FAA is projecting that America’s skies will be filled with up to 7,500 drones five years from now…

The chief of the Federal Aviation Administration predicted Thursday that U.S. airspace could be crowded with as many as 7,500 commercial drones within the next five years, as he unveiled a long-awaited regulatory blueprint that seeks to protect Americans’ privacy while requiring testing for law enforcement and private companies seeking to operate unmanned aerial vehicles.

Why should we be so concerned about the government watching us?

After all, most of us do not have anything to hide, right?

That is what a man named David Eckert probably thought.  But check out what happened to him after he was stopped for a minor traffic violation in New Mexico…

A review of Eckert’s medical records, which he released to KOB, and details in the lawsuit show the following happened:

1. Eckert’s abdominal area was x-rayed; no narcotics were found.

2. Doctors then performed an exam of Eckert’s anus with their fingers; no narcotics were found.

3. Doctors performed a second exam of Eckert’s anus with their fingers; no narcotics were found.

4. Doctors penetrated Eckert’s anus to insert an enema.  Eckert was forced to defecate in front of doctors and police officers.  Eckert watched as doctors searched his stool.  No narcotics were found.

5. Doctors penetrated Eckert’s anus to insert an enema a second time.  Eckert was forced to defecate in front of doctors and police officers.  Eckert watched as doctors searched his stool.  No narcotics were found.

6. Doctors penetrated Eckert’s anus to insert an enema a third time.  Eckert was forced to defecate in front of doctors and police officers.  Eckert watched as doctors searched his stool.  No narcotics were found.

7. Doctors then x-rayed Eckert again; no narcotics were found.

8. Doctors prepared Eckert for surgery, sedated him, and then performed a colonoscopy where a scope with a camera was inserted into Eckert’s anus, rectum, colon, and large intestines.  No narcotics were found.

Throughout this ordeal, Eckert protested and never gave doctors at the Gila Regional Medical Center consent to perform any of these medical procedures.

This is what America is becoming, and it is absolutely disgusting to watch.

Sadly, most Americans don’t seem to care about these things.  They are much more concerned about the fact that Miley Cyrus smoked a joint on stage at the MTV Europe Music Awards on Sunday.

And it is absolutely horrifying to see just how little many Americans actually know about the world around them.  A perfect example of this is a video that Mark Dice just released.  In this video, he talks with young Americans about the “recent death of Martin Luther King” and asks if they are going to go to the funeral…

In light of how clueless most of the “sheeple” are, is there any hope left for America? 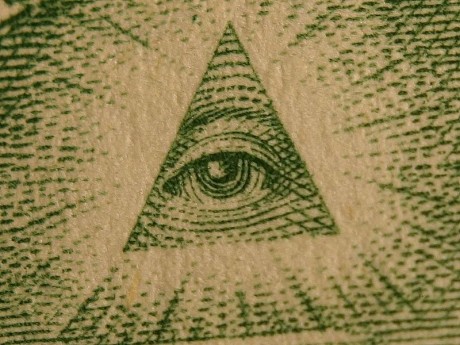