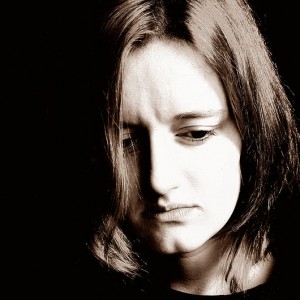 Of all the nations on the entire planet, the United States is the most lonely place to be.  We have the highest percentage of one person households on the entire globe, and the average size of our households has been steadily decreasing. Studies have shown that the number of close friends that Americans have is falling, and we have the highest divorce rate in the world by a wide margin.  So why is this happening?  Does this have anything to do with the fact that America is abandoning the traditional family structure?  Back in the 1960s, the “sexual revolution” fundamentally changed the way that millions of Americans viewed sex and love.  By throwing out all of the old boundaries, many Americans believed that they would ultimately be able to have more sex and more love.  Today, this manifests itself in a ”hookup culture” that is constantly being promoted as “healthy” in our popular music, in our television shows and in our movies.  But instead of this “hookup culture” resulting in more sex and more love, most Americans are discovering that it leads to just the opposite.  We have become a nation of desperately lonely people that have very few real ties to others.

Never in the history of our nation have Americans been so isolated from one another.  Most people get up in the morning, drive to work or school, perhaps do a little shopping afterwards, and then drive home again.  The rest of the evening is typically spent in front of the television or on some sort of electronic device.

In addition, most Americans spend precious little time attending social gatherings of any sort these days.  Church attendance is at historic lows, and most people don’t take the time or the effort to get involved in other types of social groups.

And even when Americans do go out and try to meet people, the relationships that are formed are very much “on the surface” at best.  The truth is that most Americans have very few “close friends”.  Just take a moment and consider how many people outside your immediate family actually “love you” and would be there for you no matter what.  For most Americans that number is depressingly low.

In a desperate attempt for human love and interaction, an increasing number of Americans have turned to social networking websites such as Facebook to fill that void.  For the desperately lonely, some human contact is better than none.  In fact, a growing number of people are so desperate for people to talk with them that they will pretend to be someone else online.  Many will even use an attractive picture of someone else in an attempt to try to lure others.  This has become so common that this phenomenon has even been given a name.  It is known as “catfishing“, and it has grown to epidemic levels.

Other Americans deal with their loneliness by recklessly indulging in food, drugs, gambling, shopping or other addictions.  We are a fundamentally unhappy nation, and this is reflected in the fact that we lead the world in antidepressant use.  In fact, the total number of Americans taking antidepressants doubled between 1996 and 2005.

Could a lot of this have been avoided if we would have just fully embraced the traditional family structure as a nation?

Wouldn’t most of us be doing a lot better if we lived in homes that were filled with happy, healthy families?

*At 26 percent, America has the highest percentage of one person households on the entire planet.

*Back in 1950, 78 percent of all households in the United States contained a married couple.  Today, that number has declined to 48 percent.

*The marriage rate in the United States has fallen to an all-time low.  Right now it is sitting at a yearly rate of 6.8 marriages per 1000 people.

*According to the Pew Research Center, only 51 percent of all Americans that are at least 18 years old are currently married.  Back in 1960, 72 percent of all U.S. adults were married.

*In the United States today, more than half of all couples “move in together” before they get married.

*The divorce rate for couples that live together first is significantly higher than for those that do not.

*America has the highest divorce rate on the globe by a wide margin.

*Approximately one out of every three children in the United States lives in a home without a father.

*For women under the age of 30 living in the United States today, more than half of all babies are being born out of wedlock.

For most Americans, marriage has come to be viewed as a temporary agreement that can be abandoned the moment that it no longer makes them happy any longer.  This “me-centered” approach to love and marriage has had a whole host of negative consequences for us as a nation.

As the National Marriage Project puts it, a marriage in America now “depends for its survival on the happiness of both spouses”…

Over the last four decades, many Americans have moved away from identifying with an “institutional” model of marriage, which seeks to integrate sex, parenthood, economic cooperation, and emotional intimacy in a permanent union. This model has been overwritten by the “soul mate” model, which sees marriage as primarily a couple-centered vehicle for personal growth, emotional intimacy, and shared consumption that depends for its survival on the happiness of both spouses. Thus where marriage used to serve as the gateway to responsible adulthood, it has come to be increasingly seen as a capstone of sorts that signals couples have arrived, both financially and emotionally—or are on the cusp of arriving.

And our young people are no longer taught to value marriage.  Instead, they are told to put off marriage and to go out and “have some fun”.  This message is constantly being reinforced by popular culture.  For example, posted below is an actual pro-Obamacare ad.  Yes, I know that this ad is almost too bizarre to be true, but it is actually a real ad.  And as you can see, the messages that it is sending to our young people are not very subtle at all… 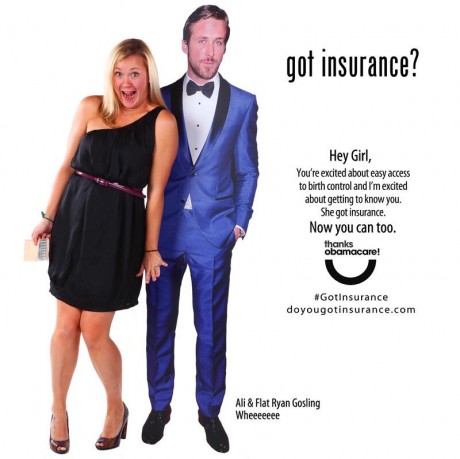 We have become a nation where “anything goes”, and most Americans seem to like it that way.

Is America the loneliest country in the world because we’ve abandoned the traditional family structure?