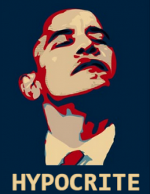 Hypocrisy abounds in Washington DC…we all know it…we see the over the newest issue de jour…and then it seems to blow over only to be replaced by the next issue de jour.

And we all know Barack HUSSEIN Obama is a master at the art of hypocrisy and its companion ‘deflection’ as things seems to roll of his back as he straddles others to take the fall.

But two issues…one domestic and one international…brings both Obama’s credibility and his administration’s credibility…or should I say lack thereof…into question…and those issues are ObamaCare and the continued stabbing of America’s ally and friend Israel in the back.

ObamaCare is the issue de jour on the domestic level but it’s one that seems to have ‘legs’ to do the most damage to this most miserable of presidents…one that will be around for quite some time and could seriously affect the outcome of the 2014 mid-term elections. Led off by the now infamous, “no matter how we reform healthcare, we will keep this promise to the American people: If you like your doctor, you will be able to keep your doctor, period. If you like your healthcare plan, you’ll be able to keep your healthcare plan, period. No one will take it away, no matter what”…words Obama said 29 times in the media ‘suddenly’ morphing into, “What I said was if you liked your healthcare coverage you could keep it, if that coverage contained minimum standards set up under the Affordable Care Act, and if you didn’t change anything after the ACA went into effect”…and you just know trouble is on the horizon.

And while the latter is NOT what Obama said the sheeple, the kool-aiders, and the apathetic are lapping it up for they remain enamored of the media anointed ‘savior’ of us all, because they need the LIES that is ObamaCare as their yet another free ride…this time a free ride right into the Medicaid system while millions of we hard working, tax-paying Americans are getting our health insurance policies cancelled.  And the Obama administration knew back in 2010 that these cancellations would be happening for the simple reason that most private health insurance policies do NOT meet the ridiculous ObamaCare’s minimum standards of coverage…coverage that most people do NOT want, need, or can afford…yet are forced to pay for with higher premiums just to carry the ‘sponges’ who sign onto…who bilk…the already overburdened Medicaid system.

And now the ObamaCare hypocrisy gains strength as Mr. “I never had sex with that woman” Billy-Boy Clinton sticks his nose into the ObamaCare fray but NOT for the altruistic reason of it’s the right thing to do…NOT because he gives a damn how Americans are hurting because of Obama’s LIES…but to help distance Hillary from all the negative fallout for Heaven forbid she does run in 2016 and has ‘ObamaCare’ circling overhead. Saying, “I personally believe, even if it takes a change in the law, the president should honor the commitment that the federal government made to those people and let them keep what they got,” Clinton forgets that good old ‘What difference does it make” Hillary was behind this law 100%, heralded its arrival, and pushed its ‘supposed’ virtues almost daily before the 2012 elections and up to her resignation as Secretary of State.

And that leads right into the Obama’s hypocrisy on the international level…a level that could make the ObamaCare problems and issues seem like a walk in the park as he’s playing a dangerous ‘cat and mouse game’ with Israel’s survival as a Jewish state. During his recent stopover in Israel on his way to Geneva for the Iranian talks, Hillary’s successor and Obama’s mouthpiece Secretary of State John ‘Swiftboat’ Kerry had the audacity to ask Israeli officials, including Prime Minister Benjamin Netanyahu, “Why do you want to build in what will eventually be Palestine?” He called the building of new settlements “illegitimate” and warned of war as he threatened Israeli leaders that if the current Israeli/Palestinian peace talks fail because of Israel’s refusal to accept a Palestinian state carved out of the West Bank, Gaza, and East Jerusalem, Israel could face a third intifada and growing international isolation.

“We do not believe the settlements are legitimate. We think they’re illegitimate. And we believe that the entire peace process would in fact be easier if these settlements were not taking place. Now that’s our position…”

And I say who the hell is John Kerry to speak for ‘We the People’s’ beliefs on the Israeli settlements built on Israeli land…and who the hell is he to give the sovereign nation of Israel warnings on anything or to threaten Israel with isolation for any international ‘delegitimization’ of Israel has come directly from his boss Barack HUSSEIN Obama’s misguided Middle East policies…policies that clearly side with his Arab brethren over Israel…the only democracy in the Middle East. And the proof of that can be found in three words… Libya…Egypt…Syria.

And so the hypocrite John Kerry smiles sweetly in photo-ops with Benjamin Netanyhau…as he deliberately and with malice much intended, spews out inflammatory words that plunge the knife deeper into Israel’s back…in just as deep as when Obama said and continues to say that peace between Israel and the Palestinians will only happen when Israel returns to its pre-’67 borders, which includes a divided Jerusalem.

So while Kerry’s hypocritical words show exactly with whom both he and Obama side with in the Israeli/Palestinian conflict…a conflict over ‘supposed’ disputed territories that are anything but disputed…let me tell them both in NO uncertain terms that Israel…ALL Israel…including ALL Jerusalem…belongs to the Jews and the Jews alone, period.

And so the hypocrisy continues on both the domestic and international fronts as Barack HUSSEIN Obama and his minions continue to spread the pain around…giving both ‘We the People’ and the people of Israel a heaping dose of the hatred he harbors deep within him for America and for the Jewish nation…and it’s all wrapped up in a neat little bow to be untied when his ‘puppet masters’ say to do so.