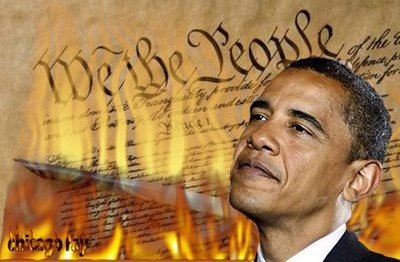 Oh the shame of it all as one day after the Obama administration announced that only 26,794 people had enrolled in ObamaCare, in a calculatingly and vicious move against the American people…a move done solely to try and salvage the 2014 elections for the Democrats…Barack HUSSEIN Obama, looking defeated and dejected, did what he does best as he again LIED and deceived the American people at yesterday’s press conference.

You know what press conference…the one he was over a half hour late to.

Facing a bi-partisan revolt over ObamaCare…his now on life support signature piece of legislation …with its forced cancellation of five million private insurance policies that people were happy with…Obama offered an administrative fix instead of a legislative fix that would have allowed Republican input and a possible overturn of ObamaCare as some Democrats…especially those up for re-election in 2014…are now outwardly siding with the Republican’s belief that ObamaCare has fundamental flaws that cannot be fixed.

So bowing to pressure from five million outraged former policy holders and panicky Democrats, Obama began his bloviations but only after sidetracking with talk about the Philippine disaster… which he should have talked about when it first happened…Obama said towards the beginning of his ObamaCare statement something that should send chills down every American’s spines and I quote, “If you had plans that you liked before the Affordable Care Act went into effect, even if those policies had changes, and if people bought plans they liked after the Affordable Care Act went into effect, you can keep those plans into 2014.”

Seven words that say it all…“YOU CAN KEEP THOSE PLANS INTO 2014″…NO mention…NONE…of keeping the private plans you belong to and like beyond 2014…as in right after the 2014 mid-term elections everybody goes into ObamaCare whether they like it or NOT!

One year…keep your plans for but one year as Obama NOT so subtly hinted that he would oppose the House Republican plan that is being presented today…a plan that would let people keep their current policies for longer than just one year…saying it would undercut and undermine the structure of ObamaCare.

But you cannot undercut or undermine a structure that does NOT and cannot work for we taxpayers cannot afford to float this monstrosity just to appease Barack HUSSEIN Obama’s oh so wanted health care legacy and his narcissistic ego.

So I hope those seven words and their ramifications really sink in for these very important seven words layout what Obama is actually doing…and that is that states and insurers can extend current policies canceled under ObamaCare for one year and one year alone…thus cleverly delaying ObamaCare’s full implementation until AFTER the 2014 elections and NOTHING more…and he hopes this morsel will NOT only deflect some of the fallout off of those Democrats up for re-election but will placate Republicans..at least for awhile anyway.

“Americans whose plans have been canceled can choose to re-enroll,” Obama said but truth be told he cannot make that happen…only the insurance companies can and only if they choose to do so for Obama cannot just order the pressing of a restart button as he changes the rules of the game in mid-stream…changes the rules concerning policies that have already been lost due to cancellations by private insurance companies. This means those private companies can tell Obama to take a hike if they so choose, because he does NOT have the legal right or authority to tell private insurance companies to take back people they’ve already cancelled….especially since some of these private companies have already left the private health coverage business and all because of ObamaCare. Because of ObamaCare and all its outright stupid mandated coverages…like maternity care for ALL men and menopausal women…like covering the cost of gender reassignment…like teetotalers carrying alcohol rehab coverage.

And while Obama bloviated of mistakes being made in having those policies cancelled to begin with…mistakes he said that should NOT have happened because ‘supposedly’ private health care policies that people were happy with were ‘grandfathered’ in under ObamaCare…he deliberately left out the fact that the ‘grandfathering’ clause was taken OUT of ObamaCare immediately AFTER ObamaCare was passed back in 2010.

”We fumbled the roll-out,” Obama said which led into his spewing one mother of a huge LIE. “I was NOT informed directly that the website was not working correctly.” At this point I, and I’m sure others, could feel their blood pressure rising for this man knew damn well from day one that the website had problems…hell…he knew BEFORE the website went online that there were problems as the contractors who built the Healthcare.gov website themselves told him there were problems with it and advised him to delay its debut.  Obama even issued statements and went on TV…as did his mouthpiece Jay Carney…complaining about the website’s issues and blaming Republicans for all its problems…for all its shortfalls…blaming everyone and anyone he could but himself…his usual pass-the-buck strategy but this time its come back to bite him BIG time.

And on and on Obama’s bloviations went…

But the bottom line is that his anything but a ‘fix’ will NOT work because the fact is that some insurance companies have already started issuing new policies that have incorporated the mandated coverage for the “broad range of benefits” required under ObamaCare. Also, allowing canceled policies to be extended for just one year can potentially destabilize the insurance market and result in higher premiums for policyholders sooner rather than later, because premiums have already been set for next year based on the previous timetable of when policy holders would be transitioning to ObamaCare.

“We are going to solve those problems. We are going to get this right, and the Affordable Care Act is going to work,” Obama desperately pleaded more than just said. And when his so-called ‘fix’ does NOT work Barack HUSSEIN Obama will own that too for a political band-aid is NOT what’s needed…the bad law with its bad medicine needs to be repealed…as it simply does NOT work.