The regulation to cancel your health insurance wasn’t in the original version of the unAffordable Care Act, better known and will forever be known as Obamacare.

It was Obama himself who wrote and added that regulation to the bill, which was approved by every Democrat in Congress.

Senator Rand Paul (R-Kentucky) revealed this at a luncheon in Charleston, South Carolina on November 11, 2013.

Beginning at the 5:40 mark in the video below, Sen. Paul says:

“I’m still learning about it [Obamacare law]. It’s 20,000 pages of regulations. The Bill was 2,000 pages and I didn’t realize this until this week, the whole idea of you losing or getting your insurance cancelled wasn’t in the original Obamacare. It was a regulation WRITTEN BY PRESIDENT OBAMA, three months later. So we had a vote, this is before I got up there. The Republicans had a vote to try to cancel that regulation so you couldn’t be cancelled, to grandfather everybody in. You know what the vote was? Straight party line. Every Democrat voted to keep the rule that cancels your insurance.” 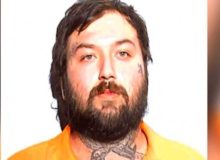