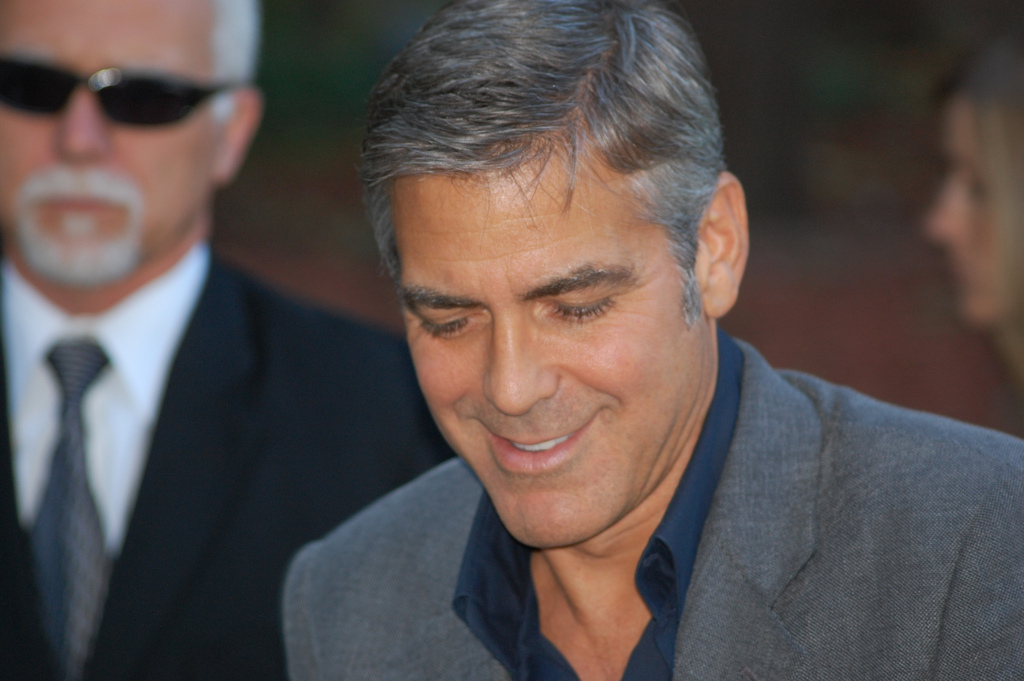 What can one say? George Clooney commented on politics, saying that he thinks the government shutdown is bad and that cooler heads will prevail against the Tea Party contingent of Congressional Republicans. He mentioned Peter King and John Boehner. Presumably he thinks they are right and that Ted Cruz and Rand Paul are wrong. An actress named Sarah Paulson tweeted that the shutdown is immature and pointless. Actor Chris Noth said that members of the Tea Party ought to be horsewhipped. In my humble opinion, George Clooney and Chris Noth are good actors and maybe they’re pretty smart guys in certain ways, too, but these statements demonstrate that their knowledge of the philosophy upon which the United States is based is as fictitious as the characters they play. In fact, their statements reach the altitude of high idiocy. I don’t know anything about Sarah Paulson, so I can’t say much about the acuity of her tweet, but I’m not willing to trust her wisdom about politics any more than I am those of Michael Vick about the ethics of dog fighting.

I sincerely believe that if one can form an opinion, one has a right to state it. But opinions are useless unless they are backed up with some kind of argument, preferably one with a little logic behind it.  Fame, however, does NOT guarantee logic, nor does it equal knowledge or wisdom. It does, however, provide a platform from which to voice an opinion loudly, whether or not it is informed. If you ever watched The View, you’d know what I mean.

For decades now, we have been forced to endure opinions from so-called celebrities who are given a public voice because of their public name, from Oprah Winfrey and Barbara Streisand to Donald Trump to the producers of semi-literate (or often completely illiterate) Rap. They seem to feel that the acquisition of money and publicity has somehow imbued them with wisdom which they now have a right or obligation to foist on the rest of us. Now, if Barbara Streisand wants to talk about her experiences in Hollywood or in the recording studio, she can do so credibly. She has made her living for decades acting and singing. Likewise, if Donald Trump wants to talk real estate or finance, I am always willing to listen. And I once heard very intelligent and convincing testimony given by Oprah Winfrey to a Senate Judiciary Committee on the need to establish a national database of child predators to protect children from harm. But fame does not guarantee, or even demonstrate wisdom.  Fame is the result of many people knowing and acknowledging who you are. It is not a demonstration of how smart or wise you are. It is popularity, plain and simple, and that applies to Lil’ Wayne and Katy Perry as much as it applies to Albert Einstein and Madame Curie. That’s ALL it is.

There was a time when the authentic definition of fame, being “of great renown,” applied more than it does today. In that time, elementary and secondary education actually meant something positive and concrete. We were taught that two plus two actually equals four. The norms truth, beauty and goodness were always evident in the lessons of the classroom and had not yet been skewed and rotted out from within by a Social Liberal system of values that now pervades and sickens our culture. Even people of average or below average education encouraged to appreciate true achievement, and were able to distinguish it from mediocrity or oddity.

Depending on what you were famous for, people appreciated you categorically. If you were a good musician, you were trusted to give your opinions about music. If you were an accomplished painter or actor, you were trusted to give your opinions about painting or acting. Your opinion was always qualified by the recognition you received for what you did, and that recognition did not bleed into other areas where you did not possess an iota of knowledge or experience. Nowadays, the lines are so blurred that, during the last presidential campaign, actresses Jessica Alba and Natalie Portman, who ought to have their heads examined, took a pledge of allegiance to Obama. People not many decades ago took pledges to Hitler, too. They are now thought to have been mindless automatons following a vicious dictator who led his country and all of Europe into a conflagration of death and destruction.

Not too many years ago, I remember seeing comedian David Brenner on a late night talk show on which he said something prophetic. He said that, in his experience, most actors and other well-known celebrities knew little or nothing about politics or the philosophy behind it and that if people sought wisdom from them they would get what they deserved. His words make sense to me. I liken it to sitting in the back seat of a speeding car being driven by someone who is blind.