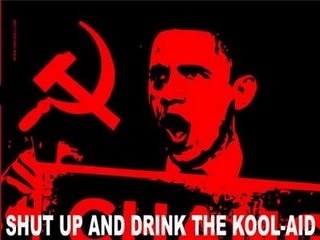 Regardless of what your opinion is of Barack Hussein Obama, one cannot deny he is arguably the most polarizing President in U.S. history. A great number of people are infatuated by President Obama; his smooth talking, the candid pictures he takes with celebrities, his love of things that don’t measure political acumen such as college basketball brackets, rap music, and the like. A great number of people also despise President Obama, for reasons I will touch upon later. And as with any president, there is the vast majority of Americans who are preoccupied with what bulimic celebutantes are wearing to the Oscars.

The ignorant groupthink of millennials had won Barack Obama his election in 2008 and re-election in 2012. No matter what fact-based negative attribute you could credit to Obama, his followers could not argue their way through a paper bag without calling their debaters racist, sexist, misogynist, Islamophobic, homophobic, tea baggers, and so forth. That’s the danger in groupthink. It discourages outside opinions, critical thinking, conflict, and personal responsibility to fulfill the mindless pursuit of conformity to a larger entity, that entity being “all the cool kids”. And anybody that disagrees with the goals and ideas of the group are slammed and labelled. Sometimes I wish I was in a Carfax commercial. Anytime I’m on a college campus or the subway listening to some bumbling idiot talk about a made up Bush conspiracy theory, the little Carfax fox comes out and says “show me the facts, liberal.” It would save me a ton of time and energy from having to do it myself.

Martin Luther King, Jr. had a dream that one day his children would not be judged by the color of their skin, but by the content of their character. Liberals didn’t get that memo. Liberals, particularly of the younger and ignorant breed, think of Barack Obama in terms of skin color. Ask anyone between the ages of 16 to 25 that supports Obama what they like about Obama and I’m sure you’ll get an assortment of responses that sound like this:

“He is such a great speaker.”

“He is an educated black man who is a role model for young African-American males.”

“He gave me a college education and a phone!”

“Look! I got a bumper sticker and a cause!”

Are any of these prolific distinctions worthy of praise? Do they contribute to the betterment of America’s people to foster themselves as independently prosperous individuals? The answer is a resounding no. Obama lovers are quick to cite him as a role model for young African-American males. This would be true, except for one glaring detail; he completely lacks moral fiber.

Firstly, look at how he arrived at where he is today. Obama went to Harvard Law School, also known as “Moscow on the Charles” for its privileged, communist, white guilt poisoned faculty and student body. Harvard’s number one goal at the time? Diversity. I guess competence and intelligence weren’t major determining factors for Obama’s Harvard Law eligibility, considering his November 16th, 1990 letter featured in The Harvard Law Review (which he was president of at the time). The letter, which was ironically written in response to a professor who criticized Harvard’s affirmative action policies, is laced with subject-predicate disagreement (“Since the merits of the Law Review’s selection policy has been the subject of commentary for the last three issues”) and other grammatical errors. Wouldn’t one think that The Harvard Law Review would be much more cognizant of grammatical errors in a publication associated with the world renowned institution they are linked to? Not if you want to avoid a civil rights lawsuit I suppose. Remember as a kid when they asked you what college you wanted to go to and “Harvard” was an overwhelmingly popular response, until you got to high school and realized how difficult it is to get accepted into an Ivy League school? It is almost unfathomable to believe The Harvard Law Review, although published by a student group independent of the university, would publish Obama’s error-laced letter, let alone name him president of the publication. But since affirmative action served Obama so well in his formative years, it would certainly not be hard to predict that it would be an integral part of his policies as president.

Mr. Obama has employed affirmative action policies in a gamut of places. In housing, Obama has used the U.S. Department of Housing and Urban Development (H.U.D.) to implement a social engineering experiment referred to as “Affirmatively Furthering Fair Housing” (not the first of its kind, but expanded drastically under Obama), which integrates poor minorities into communities without having to put a down payment on homes. In the workplace, Obama overreached by telling companies that disqualify potential job applicants for having a criminal history that they are disproportionately affecting blacks (disqualifying people because they committed crimes seems less racist than saying black people will be more likely to be disqualified from job candidacy for committing crimes, don’t you think?). This led to the September 2013 Washington Navy Yard Shooting three months later. In the welfare department, President Obama is a kid in a candy store. Food stamp enrollment rose to 32% in the first four years Obama took office. According to the Washington Times, federal welfare spending was at a whopping $746 billion in 2011 as a result of The American Recovery and Reinvestment Act of 2009 (or “The Stimulus Package”, for short) which was signed by Obama. And in 2008, Obama expanded the Telecommunications Act of 1996 (which made landlines affordable to the poverty-stricken) to include cellphones (a basic necessity, of course!). Mr. Obama even issued an official guidance through the Department of Education which encouraged students to use their skin color to their educational advantage. Now what kind of role model is that for anyone, let alone young black men? That it’s okay to sneeringly use your skin color to your advantage? That it is okay if you get a job because of your skin color, even if you are less qualified than a person of a lighter skin tone? That it’s okay to buy into the belief that it’s your right to take other people’s hard earned money simply because you’re black and they have more money than you?

His policies are that of a despot enslaving minorities and other special interest groups with gifts in exchange for power. Obama detractors aren’t captivated by the visual image of a president with black skin like the rest of America is. The real reasons Obama detractors cannot stand Barack Obama is not for intolerance of skin color, but for intolerance of political philosophy. He is of the Communist school of thought that redistribution of wealth from the a society’s most productive members is not only acceptable, but somehow moral. There’s an old saying that comes to mind when pondering the liberal Keynesian economic policy; “Give a man a fish and feed him for a day. Teach a man how to fish and feed him for a lifetime. Give a man other people’s fish and he’ll be a lifelong Democrat.” Giving poor people other people’s hard-earned money seems like a morally just idea when you’re 5 years old. The majority of people realize this is a crackpot ideology once they start working for a living and realize the true value of money and hard-work. Barack Obama and the Ivy League educated liberal elitist brain-trusts missed that lesson when they were getting pushed through life on the life raft of affirmative action.

The image of Barack Obama through the rose colored glasses that liberals wear is a far cry from how conservatives view him. As a matter of fact, the image of Barack Obama according to liberals completely clashes with how any sane person would view him. Every argument against Barack Obama has nothing to do with the false belief that his skin color impedes him from leading the country. The arguments against Obama are the same arguments sane people have held against leftists for over half a century, many of which I have used in this publication. Liberals will contest that because these arguments have been used for decades, their feasibility is obsolete. I believe that because these arguments have been used for decades, it’s a sign that Americans need to wake up before it’s too late.

Christopher Messina is a nationally syndicated columnist from New York.