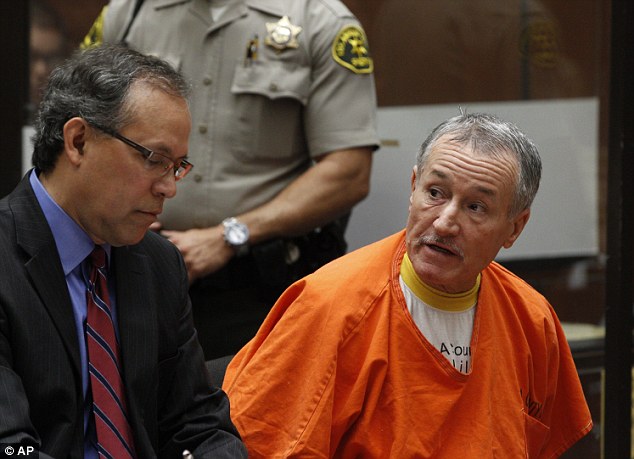 You’ve prepped your kids for stranger danger, school shootings, and the potential for “bad touching”. You believe you have raised a child who is street-wise and who will come to you with concerns. But as a parent, how could you conceive of a way to prep your child for this? Just when you thought it was safe to send your kids to school, this disturbing report surfaces about a Los Angelos school teacher who blindfolded his students and spoon fed them.

It gets worse. Guess what was on the spoon?  HIS SEMEN.

30 children at Miramonte Elementary School were photographed, blindfolded and being fed. A sharp-eyed technician who was developing the photos found the image alarming enough that he contacted police. An investigation ensued and the horrifying truth behind the photographs came out.

Sheriff’s Lt. Carlos Marquez of the Special Victims Bureau said it was determined the children were given semen on a spoon or on a cookie. A blue plastic spoon and container found in trash in Berndt’s classroom tested positive for semen, the sheriff’s statement said.  Authorities are recommending the children be tested for sexually transmitted diseases.  Some of the children’s mouths and faces had large, live Madagascar-type cockroaches on them, according to the statement. The incidents occurred during school hours but not all the children were students of Berndt, Marquez said.  None of the alleged victims told anyone about the incidents and photos, Marquez said. (source)

The teacher, Mark Berndt, was arrested last January and held on 2.3 million dollars bail. He has pleaded no contest to 23 charges of molestation.

Mark Berndt, 63, was a teacher at the school for 30 years and is to be sentenced to 25 years in prison. Miramonte Elementary serves a poor, predominately Hispanic neighborhood, more than half of its approximately 1,400 students are still learning English. Berndt photographed the children he blindfolded and fed them his semen on a spoon or cookies topped with semen, Berndt told the children they were playing “tasting games”. Despite the multiple complaints filed against Berndt while he was a teacher, it was not the school who brought this incident to light, instead a photo technician at drug store saw dozens of photos of blindfolded school children so he called local authorities. (source)

The traumatized young victims are undergoing therapy. Some of them have developed, not surprisingly, eating disorders. A report in the UK Daily Mail said:

Before Berndt was sentenced, a parade of sobbing mothers denounced him, saying he had ruined their lives and the lives of their daughters. The women were not named in court.

They said they could not understand how the school district did not know about the incidents.

Some said their daughters could no longer eat cookies or anything sweet unless they knew their mothers had baked the items for them. They spoke of girls who had now become unable to socialize and locked themselves in their bedrooms. (source)

This case has brought to light the slow response to allegations of abuse in the public school system. This was not the first complaint brought forth against Berndt – there was several allegations in the 1990s – and yet he continued to be allowed to work with children. Not only that, but when he was fired, the Los Angelos Unified District School Board gave him a $40,000 payout when he appealed the decision.

The Miramonte case led to a wide-ranging overhaul of how the nation’s second-largest school district handles allegations of sexual abuse after it was revealed that previous complaints about Berndt’s behavior were ignored.

It also showed how slowly state officials act to censure teachers and led to a flurry of allegations of teacher-student sex abuse in the district and in other school systems.

Shortly after Berndt’s arrest, the school district temporarily removed all 76 of the school’s teachers, along with staff and administrators, putting them on leave and having them report to an empty high school nearby.

Six months later, when the new school year began, 43 of them returned to a restructured Miramonte with a new principal. The rest either retired or went to new schools. None was accused of any wrongdoing. (source)