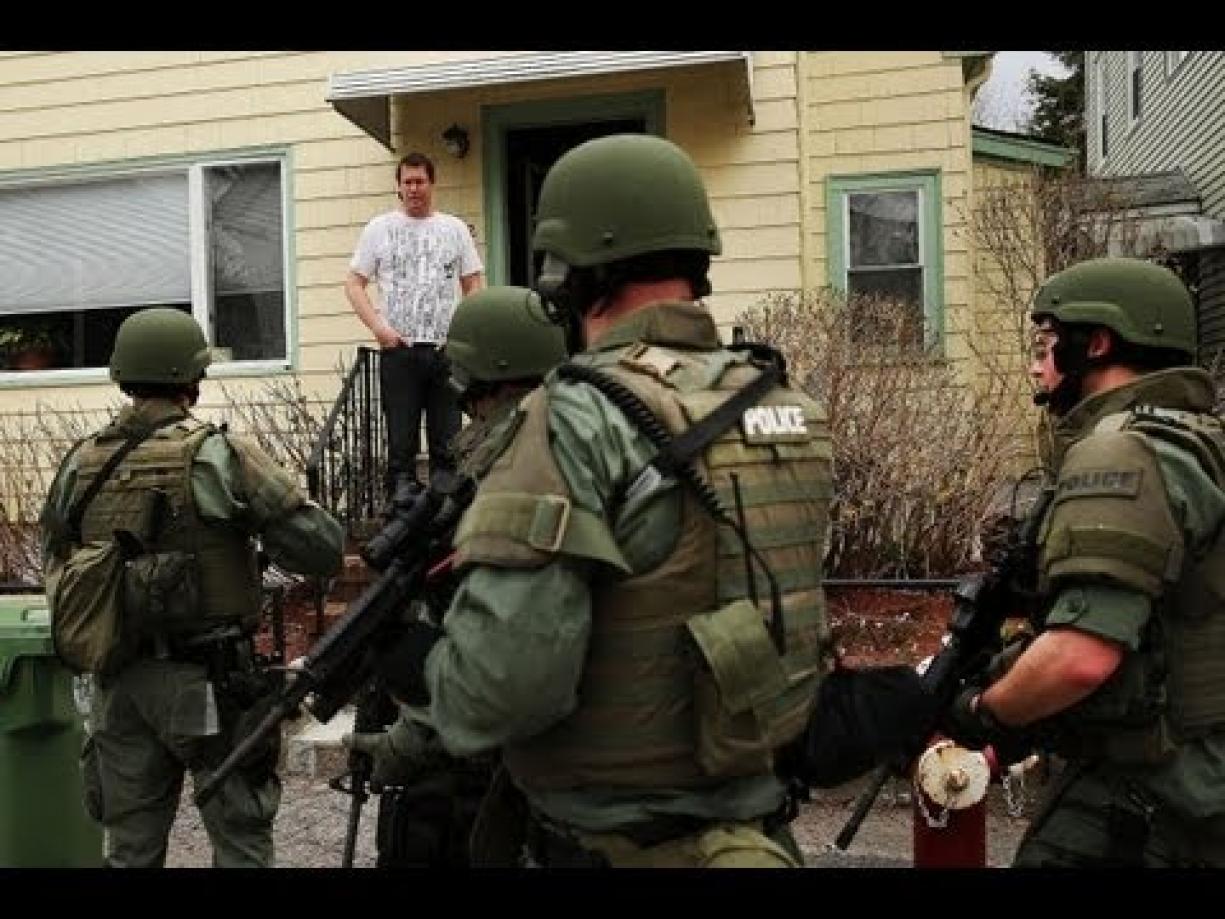 Back a few months ago, California adopted an exclusive gun control program being enforced by Department of Justice, called Armed and Prohibited Persons or APP, that identifies and seizes guns from people who are prohibited from keeping them.

They spend six hours during the night looking for and confiscating guns from people in their database considered mentally ill or having felonies and either ask these people “politely” to search or get a warrant to ramble through their house to find the registered weapon.

California had just 33 agents to track down nearly 20,000 people on the APPs list. But a bill signed into law by Gov. Jerry Brown allows the state to spend $24 million to expand and hire an additional 36 agents.

The NRA initially supported California’s program, but recently, not so much.

Under state law, a legally registered gun owner loses the right to own a firearm when he or she is convicted of a crime or becomes mentally ill.

It doesn’t tell us what the governor considers as a mentally ill diagnosis that results in a person having his gun rights stripped away and the person being on a “confiscation” list- Guess he doesn’t have a medical license, after all.

We are told of symptoms of what is considered “mentally ill” by the government but, face it, the below description of “mental problems” could also describe something temporary-I wonder if Mel Gibson or Alec Baldwin got their guns taken away.

California law bars people with certain mental health problems from possessing, purchasing, receiving, attempting to purchase or receive, or having control or custody of any firearms or ammunition. The law applies to anyone:

1. receiving inpatient treatment for a mental illness and considered by the attending mental health professional as a danger to himself or others;

2. who communicates to a licensed psychotherapist a serious threat of physical violence against a reasonably identifiable victim or victims (for six months from the date the psychotherapist reports the person’s identity to the local law enforcement agency, unless the court grants relief);

3. adjudicated as (a) a danger to others as a result of a mental disorder or mental illness or (b) a mentally disordered sex offender (unless the court later certifies that the person may possess firearms without endangering others);

4. found not guilty by reason of insanity of (a) enumerated violent felonies or (b) other crimes (unless a court finds that the person has recovered sanity);

5. found mentally incompetent to stand trial (unless there is a subsequent finding of competence);

6. under a court-ordered conservatorship because of a grave disability resulting from a mental disorder, or impaired by chronic alcoholism; or

7. (a) taken into custody and admitted to a facility because he is a danger to himself or others or (b) involuntarily committed for intensive treatment. The prohibition lasts for five years, but the person may petition the court for relief (Cal. Welf. & Inst. Code §§ 8100 and 8103).

1. courts immediately to notify the state Department of Justice when they adjudicate someone as a danger to others as a result of a mental disorder or mental illness, a mentally disordered sex offender, not guilty of a crime by reason of insanity, or mentally incompetent to stand trial;

2. courts to notify the department when they place anyone under conservatorship because the person is gravely disabled as a result of mental disorder or impaired by chronic alcoholism;

3. mental health facilities immediately to report to the department when they take into custody anyone determined to be a danger to himself or others or certified for intensive treatment; and

4. licensed psychotherapists to report to local law enforcement officials the identity of anyone who communicates a serious threat of physical violence against a reasonably identifiable victim.

The records are confidential and may be used only for processing firearm permit applications or determining a person’s eligibility to acquire, carry, or possess firearms (Cal. Welf. and Inst. Code §§ 8103, 8104, 8105).