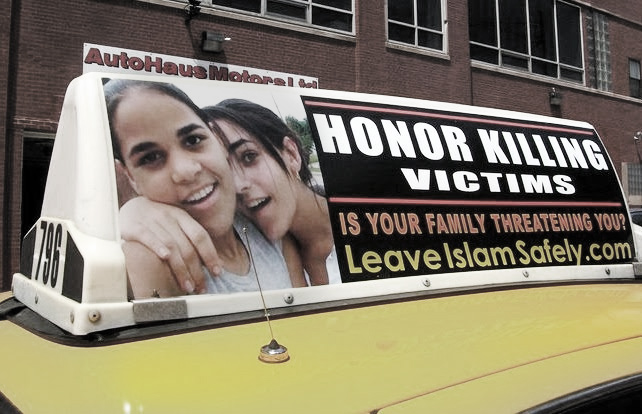 The family Daughter flees from home after allegedly being sexually assaulted by her own Father. Her family begs her to come home and promises that no more harm will come to her. So what happens? Her Brother poisons her a few days after her return and she dies. In the sick and twisted mind of many Muslim men, this is the honorable thing to do.

The Lahore High Court has disposed of an application regarding a woman’s alleged rape and murder by family members, after legal proceedings were initiated against the victim’s brother.

Sobia Aman had submitted an application to the LHC Complaints Cell stating that her friend *Sadia had left her house in Nawankot village after being sexually assaulted by her father.

The applicant said that Sadia’s relatives had persuaded her to return home at the end of May, assuring that they would not allow her to be sexually assaulted again. But a few days later, Sadia was poisoned and killed, the applicant said.

The LHC Complaints Cell instructed the Gujrat district and sessions judge to investigate the matter. He reported that Sadia had been killed by her brother due to alleged “immoral and suspicious activities”.

A case had been registered against the brother at Saddar police station in Gujrat, after Sadia’s body had been exhumed and autopsied, the judge reported.

The post mortem report and the police investigation report have been submitted to the trial court. The judge added that the allegation that Sadia had been raped by her father had not been proven.

*Name changed to protect identity of victim and her family

What part of this culture do we need in America?

How is the mass influx of Muslim immigrants and the growth of Islam contributing to a better America?

It’s hard to say what you would do in a situation unless you have been there, but my first thought is that if my Father were raping my Sister I would encourage her to stay gone and go to the Police with the facts. And if anyone was going to be killed it would have been my Father.

Where I come from Brothers and Sisters stick together.

This is not the way Muslim men think. Women are second class citizens and they will always be the first to take the blame. Without knowing what went on inside the head of her brother, based on past research, I would have to say that he may have thought he was ridding the family of someone who had dishonored them. It was not his Father’s fault. It was his Sister’s fault for bringing this upon herself.

With that said we have no idea what the facts are in this case. The girl could have made up a story about her Father’s actions and we will likely never know either way. But we do know that she left so there is good indication that something was strained in the relationship.

What we do know, however, is that this case is really not at all unbelievable and that should definitely tell you something about the “Religion of Peace.”

Again, there is a big difference between this religion and others. Do Christian men do terrible things like this? Sure.

Do Buddhists? Without a doubt.

The big difference is that when a Christian man, for instance, does something like this it is because he has lost his faith. You won’t find many Christian men raping their Daughters or killing their Sisters and saying that Jesus Christ wanted them to do it or taught them to do it. There is always that 1 in a million nutjob but this is not the norm. It is however very widespread in Islam for a man to commit such horrible crimes and reference his religion as a right to do it.

When a Muslim does something like this it is because they are following the teachings of their faith.

There is a big difference and this is exactly why we do not need more Islam in America.

As we have reported recently, in Nebraska a Muslim Brother beat his Sister for being a lesbian and a Muslim California man killed his girlfriend’s family for not approving of him.

This does not only happen in Pakistan. It is here and will only get worse unless we do something about our Islamic population.