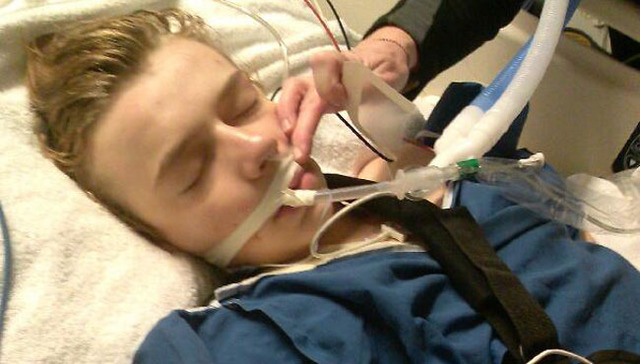 A 14 year old boy in Battle Creek, Michigan is the latest victim of a gunshot inflicted by a police officer.

His crime? Carrying a toy gun that looked “like a large caliber handgun”.

Nick King was walking up the street on Saturday afternoon when an observer called 911 to report “a man with a gun outside a convenience store.”

…officers were called at 11:57 a.m. for a man with gun. The caller told a 911 dispatcher a white man was walking on Upton Avenue near Washington Avenue with a woman and was carrying a gun.

Officers arrived in the area at 12:01 p.m. and reported the male was running through some bushes toward the Drive Thru Party Factory at 250 S. Washington Ave. near Grove Street and was carrying what appeared to be handgun.

The male entered the store but then came out and was crouching near the drive-through area of the store.

The officer arrived, saw the person, and called for him to show his hands. Saylor said the investigation thus far shows that the teen produced what appeared to be a large-caliber handgun from his clothing.

The officer fired a single shot and the teen dropped the gun and ran. Officers found him a short distance away and called for an ambulance. (source) 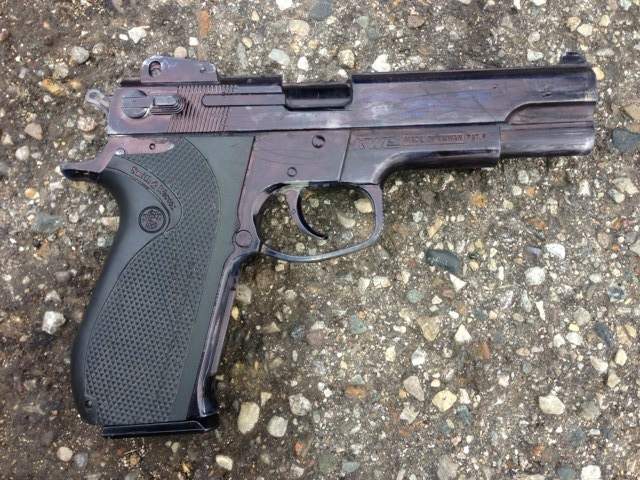 A female friend was present at the time of the shooting.

Shannon Cortes was there with her friend Nicholas when he was shot. She said he raised his hands when the officer told him to.

She said he did not have the weapon in his hand at the time.

“His hand was completely clear,” she said. (source)

The officer, a 21 year veteran with the department, has been placed on paid administrative leave. State police have begun an investigation.

The victim was taken to the hospital. A police spokesperson said that the injuries do not appear to be life-threatening and that the boy is expected to make a full recovery.

The details shared by boy’s family, however, paint a more serious of Nick’s injury.

Family says he underwent a six-hour surgery for a gunshot wound to the shoulder at Bronson Methodist Hospital in Kalamazoo. Saturday evening, he was listed in critical condition and needed a tube to help him breathe.

“I want to know what happened, and why he, why this officer did what he did to my son? Nicholas King did not deserve this,” his mother Patricia Nelson said. (source)