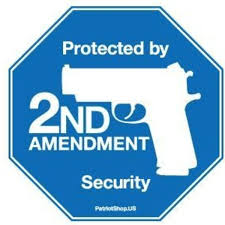 A man who prowled around an Oregon neighborhood got more than what he bargained for on Friday night.

The man attempted to break into a Milwaukie home. He was captured on surveillance video walking up to the house, looking through a window, and trying to open the door. He left when he realized the door was locked.

Prior to trying to get into that house, he reportedly walked into two apartments. In one, he met Crystal McKinney. He followed her inside and up the stairs.

She told KGW what happened next:

After McKinney scared the man away, she locked her door and called 911.

Neighbors eventually caught the man and held him until police arrived. The man, whose identity has not been released, is being held for a mental evaluation.

Residents of the neighborhood have reportedly been concerned about security and watch out for each other.